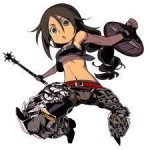 Here’s some background on me:  I am Catholic.  I went to Catholic school for most of my elementary years, then went to an all-girls Catholic high school and attended a Jesuit college where I obtained my BA in Psychology and Criminal Justice.  Religion was certainly a central theme in my childhood, learning about the teachings of Jesus and studying the Old and New Testament.  When I was a kid, I knew my basic facts about Adam and Eve, Moses, Noah and the Ark, and the life and death of Jesus.  I did well on tests regurgitating facts that were drilled into me by the myriad of nuns and laypeople that were my religious instructors.  It wasn’t until I got to college that my religious education centered on more religious theory, and it started to open my eyes more to what religion and God is and how it applied to my life.

OK it’s confession time.  I don’t go to Church on a regular basis.  In fact, I haven’t been to Church at all since my daughter’s baptism.  My son simply cannot tolerate the music, he gets extremely anxious and always wants to bolt from the premises immediately.  Over the years, it became too much of a struggle, so we simply took a “hiatus” from the act of going to Church, but always kept the idea of religion in our lives.  Although I may not adhere to all of the rules of the Catholic faith, I have always tried to live my life in a moral way, and I have raised my children in this way as well.

The election of Argentine Cardinal Jorge Mario Bergoglio as the new leader of the Catholic Church was inspiring to me.  I have to admit, I was enthralled with the moment of the 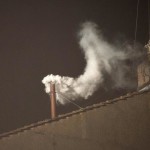 white smoke coming out of the chimney of the Sistine Chapel signifying a new era of the Catholic faith.  Not only did the newly elected Pope take the name of Francis I, after St. Francis of Assisi, but he is a Jesuit priest as well.  I went to school and got married at St. Francis of Assisi Church.  Growing up, I learned about the teachings of St. Francis of Assisi and his affinity for animals, children and the environment.  He felt at one with creation and had a profound respect for preserving the integrity of nature as God had created.

The new pontiff is also a Jesuit.  If you read the history, it states that Jesuits became missionaries and explorers and made their reputation as deep thinkers and educators.  The Jesuit teachings go beyond what is simply stated in the Bible–it is an order that views the poor and downtrodden as ones we should be helping and caring for in our communities every day.  We need to become deep thinkers and educators again.  We need to look up from our iPhones and really take a good look at society and the way we treat physically and mentally disabled individuals. 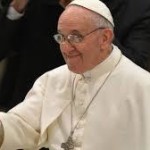 I truly hope that Pope Francis I can inspire people around the world to have greater respect for themselves and for each other.  The Catholic Church is not a very liberal organization, and dwelling on what is probably never going to change is pointless.  What we can do is effect change around us as individuals.  We need to get back to having respect for people, especially those with special needs.  We need to inspire this generation of children to have integrity, to stand up for the kid that is being bullied and to never be a bully themselves.  We, as parents and adults, should strive to be that role model for our kids to emulate.

All is not lost, however.  I do see the tides turning a little bit.  People are starting to question the foods they eat and the medicines they take.  They are taking a more active role in their kids lives and trying to eliminate the negative influences around them.  We, as Thinkers, need to keep planting the seeds and spreading information as much as we can.  We need to inspire people to view the poor and disadvantaged not as throw away members of society, but as real people with real issues.  Children and adults with special needs are more than what their “label” says they are.  Our communities can only become stronger through more tolerance and acceptance.