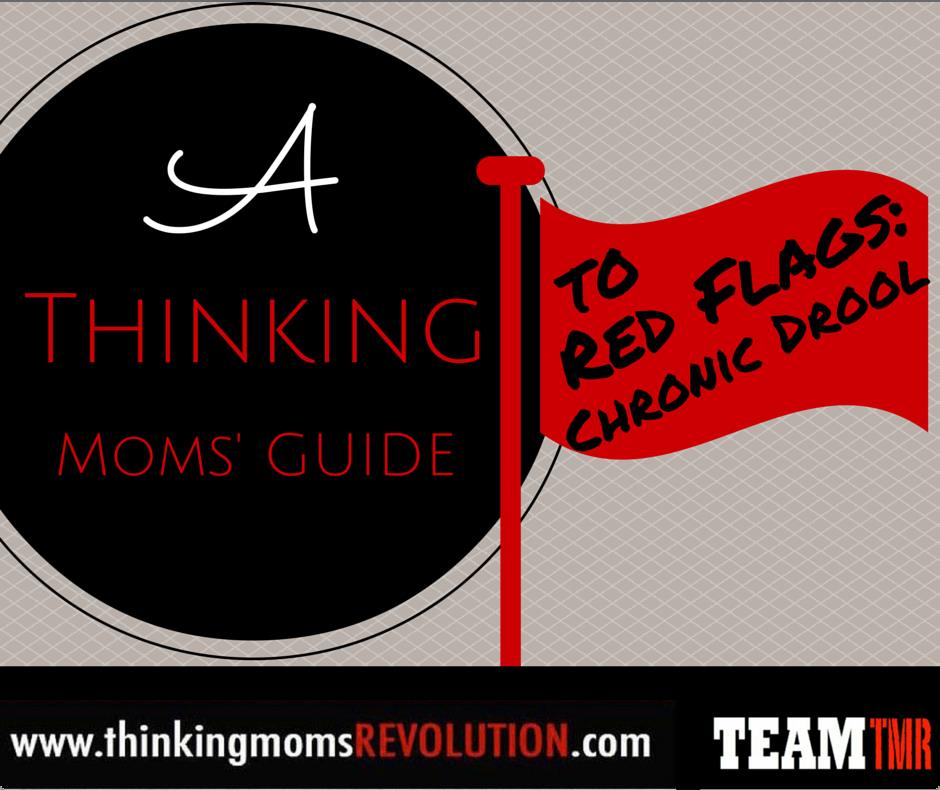 So all babies drool. According to every imaginable pediatric expert there is, drooling is a normal occurrence in all children up until around age two. Infants do not develop full control of swallowing and the muscles of the mouth until they are between 18 and 24 months old, so they tend to drool. That makes sense.

But what if your kiddo drools up to age three, age four, age six, and even later in life? Is that a red flag cause for alarm? My child was a chronic drooler until somewhere in his fourth year of life. His shirts were always drenched. We were constantly wiping his chin and changing his shirt. When he started receiving OT services at three, I would ask the OT about the drooling and her response was always, “Oh, that’s just how he’s holding his mouth.” Her response had my wondering . . . why is he holding his mouth that way?

Interestingly, drooling is also a stroke symptom and is often a sign of neurological damage; ” . . . it [drooling] is commonly observed in neurologically impaired children and carries a considerable social stigma” according to this article on “Drooling in Children” from Paediatrics & Child Health. I guess it’s a good thing that we were oblivious to that social stigma my son’s drooling may have caused.

One quite common form of stroke damage is palsy. Weakness in muscles or temporary facial paralysis resulting from damage or trauma to one of the facial nerves is called palsy. Palsy is most commonly seen on one side of the face or the other, although it can affect both sides of the face in rare instances. If the mouth is involved, then one corner of the mouth will appear to sag when compared to the other, even if ever so slightly. Symptoms of palsy usually appear suddenly, and vary from person to person. These symptoms can range in in severity from mild to full-on paralysis. Symptoms may include drooping eyelid, weakness, drooping corner of the mouth, and you guessed it . . . drooling! 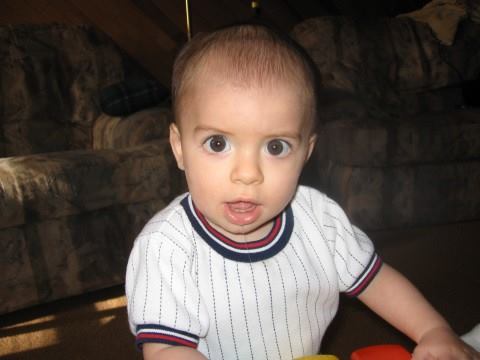 Could it be that my son had suffered a kind of mini-stroke that was causing him to have facial muscle weakness, a drooping side of his mouth, and therefore chronic drooling? And if so, what in the world could have possibly caused such a thing?

According to Dr. Andrew Moulden, MD, PhD, vaccines are causing these mini-strokes, which makes sense to me because palsy is listed in several vaccine package inserts as a known, reported side effect. Palsy, partial and permanent paralysis, and Guillain-Barré syndrome have also been compensated in Vaccine Court, which means there is proof that vaccines do cause nerve damage. This nerve damage can lead to palsy, which can then lead to a slightly drooping side of the mouth, which leads to . . . yep, drooling! That makes sense.

Why is this a red flag?

According to Dr. Moulden,

The bottom line is that whenever there is a drop in the corner of the mouth or the flattening of the nasal labial fold, there is damage to the seventh cranial nerve, and damage to the brain is occurring. This sign of a stroke does not communicate the degree of damage, only that it is occurring. The face is just a window into the brain and the whole body — it is an indication of what is happening in the entire blood supply for the entire body.

You can read more about Dr Moulden, his work and accomplishments, here.

Chronic drooling can also be a sign of Wilson’s disease, a genetic condition that makes it difficult for people to excrete copper.

If your child is a chronic drooler and you are concerned about this, trust your instinct and let that guide your research. One thing that’s really become a TMR mantra is that you, as the parent, know your own child better than anyone. You have intuition concerning your own child that no one else on the planet has. I’m not suggesting that you never seek help, quite the contrary. I’m suggesting that you let your God-given instinct guide you as to what is best for your own child that belongs to you, that’s been entrusted to you by a higher power.

Love and peace to all you Thinking Parents across the globe.