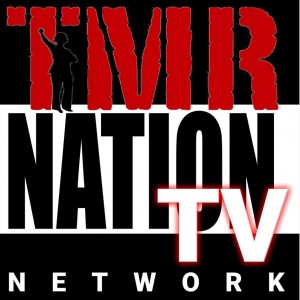 The Telethon will continually air on the main network channel of TMR Nation TV Network. However the WEB TV Network is comprised of an additional 10-WEB TV Channels utilizing newly produced content, previously produced content, along with testimonial content from WEB TV Reporters utilizing a FREE WEB Reporter app for iPhones (droids coming soon), all part of the patent with OnNow TV.

TEAM TMR announced it has entered into a 5-year joint venture agreement with Turbo Communications, Inc., a marketing, media and technology group in Tampa Bay, Florida currently producing and managing the world’s first global telethon for numerous non-profits. Turbo is engaged in a similar agreement with the only non-profit for the Airline Industry worldwide and is producing and managing the biggest child trafficking crime fighting initiative in the history of the Airlines (www.OnNowTV.com/9143 and /911).

“The collaboration with Turbo and our team the past six months has simply been nothing less than miraculous,” states TMR Co-Founder Lisa Joyce Goes. Bob Singerman, President of Turbo agrees. “I have been forever changed by everyone involved with TMR.” He continues, “We firmly believe TMR Nation TV Network, with its connected community, could raise $100-million for Team TMR grants over the next five years. The grants would be used to directly assist families in need of care, respite, therapy, medical and alternative treatment for their children impacted by epigenetic illness.”

Utilizing a mobile pledge campaign, the purpose of the Telethon and the companion programming of TMR Nation TV Network is to initially raise 1-million pledge supporters at a minimum of $0.99 per month or more, resulting in recurring funds that can be distributed as grants to families worldwide.

The official global launch is December 1st, but TMR is leveraging The Thinking Moms Revolution Facebook Community through the month of November, with over 50,000 followers to help generate the testimonial content in all of its channels in time for the December 1st official Global launch.

About The Thinking Moms’ Revolution:
The Thinking Moms’ Revolution is made up of twenty-three moms and one brave dad. Their group stretches from Montana to Malaysia to Montreal. While parenting children with autism spectrum disorder, chronic childhood diseases and disabilities, they came together to collaborate on biomedical, varietal healing modalities and dietary interventions, as well as doctors and researchers developing cutting edge treatments. In the process they became a tight-knit family dedicated to helping their children thrive.

About TEAM TMR:
Team TMR is a 501c3 organization that provides help to families struggling with medical, emotional, educational and financial hardship due to complex medical needs faced by their children diagnosed with autism and other developmental disabilities.

Your donations will go towards:
§ Helping families living with autism and epigenetic/chronic illness.
§ Funding our advocacy movements for people with autism, advancing their opportunities for education, medical treatments and more.
§ Supporting effective action for autism recovery and related disorders.

Help comes via funds to defray costs for practitioner appointments, recommended treatments, travel expenses to the experts in the field, materials to start homeschool or purchase an AAC device that helps facilitate communication, expenses related to autism conferences and legal expenses as applicable.

About Turbo Communications, Inc:
Formed in 2003, Turbo Communications, Inc. is a world class marketing, media and technology group with it’s primary focus helping non-profits better engage, communicate, collaborate and raise much needed funds for initiatives spanning the non-profit spectrum. Producing and managing communications initiatives from Alzheimers to Wounded Warriors to Music and Arts programs and Child Trafficking, Turbo’s mission is the change the heart of the world one heart at a time. In 2013, Turbo entered into a joint venture technology and marketing development agreement with OnNow TV and its patented OnNow TV platform.