As you may or may not be aware, the right of people in general –and parents in particular — to make informed health care decisions for themselves and their families has been increasingly under attack. Medical kidnapping, the removal of children from their families by Child Protective Services because the parents disagree with a particular doctor’s treatment (or lack thereof), is becoming so common as to appear routine. Vaccine legislation has been cropping up all over the country seeking to remove all but the most narrowly defined medical exemptions to the increasingly over-bloated and untested vaccine schedule. Caring, concerned parents who have been asking the questions and doing the investigating that should be done by our so-called “watchdog” agencies, the CDC and the FDA, are being told by people who know far less about the subject than they do that they may not make medical decisions for their own children. In particular, they are told they may not refuse medical interventions with the potential to cause great harm. 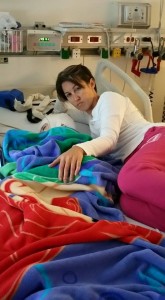 The Bill of Rights, contains the words “Congress shall make no law respecting an establishment of religion, or prohibiting the free exercise thereof” in the very first amendment. That is generally taken to mean that federal or local laws that prohibit the free exercise of religion are unconstitutional. There is no exception in the Bill of Rights for local officials to be given the authority to determine the sincerity of someone’s religious convictions, for obvious reasons. Whose religious beliefs would withstand the scrutiny of a hostile observer? What sort of “freedom of religion” is there if someone else may decide what it is you believe? New York’s law on the subject is unconstitutional, and it should be just a matter of time till someone with enough money and time can push a case through to the Supreme Court that gets the law overturned.

In the meantime, however, the New York State legislature is poised in the next few days to add mandated vaccines with no genuine health benefit to its already overloaded and untested vaccine schedule – for which there is no personal belief exemption and little possibility in the way of religious or medical exemption. This past week, a bill was rushed through the Health Committees of both houses of the New York State legislature that would require meningococcal vaccines for all 6th and 11th grade students (Senate bill S4324) or all 7th and 12th grade students (Assembly bill A791B). This bill would cost the New York State taxpayers (and possibly federal taxpayers as well) a tremendous amount of money with minimal possible benefit.

Invasive meningococcal disease, most commonly appearing as bacterial meningitis, is one of the deadlier diseases that can be contracted: approximately 10-15% of the people who contract it die. Fortunately, however, it is extremely rare and becoming more so, even the Group B strain for which there was no vaccine until this year. Most cases require hospitalization, and a 2011 study analyzing hospitalization costs in the United States identified 735 cases across the country in people aged 20 or under. The maximum hospitalization cost was approximately $50,000. Assuming all 735 cases incurred the same sort of cost (which is highly unlikely; when caught early, meningitis can be treated with plain old penicillin), that’s a maximum of $37 million. 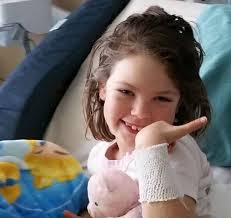 As for vaccines to prevent bacterial meningitis, the proposed law would originally require two doses of a conjugate vaccine currently recommended by the Advisory Committee on Immunization Practices (ACIP) which covers strains A, C, Y and W, but if ACIP recommends the new Group B vaccine for all children, which seems likely within a year or so, two doses of that vaccine would be required as well.

There are two prices for all the vaccines in question, a private sector price and a CDC price. As a quick estimate, I will assume a dollar amount between the two prices with the conjugate vaccine costing approximately $100 per dose and the Group B approximately $130 per dose. It would cost approximately $460 to vaccinate each student (this does not account for the doctor visits, parental time lost from work, or the additional cost to school systems to ensure compliance) with two doses of both vaccines. There are approximately 200,000 children in New York State per grade, which means that it would cost approximately $92 million to vaccinate a graduating class. It costs more than twice as much to vaccinate the children of one state than it does to hospitalize all children with meningitis in the entire country.

Mandating the vaccine for all children does not make economic sense.

What about human sense? After all, if we can save a life — any life — why wouldn’t we do so? First of all, the meningococcal vaccines are widely available, and those wishing to avail themselves of the vaccines are free to do so. A great many parents already do, and as it stands now, if their children suffer an adverse event (as 1-1.3% of this age range will), they are perfectly free to refuse further doses. Secondly, as I mentioned, meningitis, while very serious, is very rare and not particularly contagious: There were a total of 19 cases in the entire state last year, and meningococcal outbreaks account for less than 2% of all cases, and most of those appear to be in gay men who are HIV-positive. As a matter of fact, according to the CDC, “ . . . children gradually become exposed to meningococci and develop bactericidal antibodies. By the time they reach adulthood, 65%-85% of persons possess bactericidal antibody against meningococcal disease” without the use of any vaccine at all.

So whether or not you get bacterial meningitis has much more to do with the overall state of your immune system and your lifestyle (the risk is significantly higher for people who smoke, live with smokers, or frequent bars) than the vaccine status of your neighbor.  Therefore, mandating vaccine uptake as a requirement to attend school in order to “protect others” makes no logical sense as well as no economic sense.

In addition, as I mentioned, each dose of the conjugate vaccine carries a 1-1.3% chance of a serious adverse reaction for the age range in question, and the Group B is likely to be similar. If 400,000 children receive both vaccines in a year, that’s 800,000 doses of vaccine. With that many doses we can expect more than 8,000 children to come down with one or more of the following: hypersensitivity reactions such as anaphylaxis/anaphylactic reaction, wheezing, difficulty breathing, upper airway swelling, urticaria, erythema, pruritus, hypotension, Guillain-Barré syndrome, paraesthesia, vasovagal syncope, dizziness, convulsion, facial palsy, acute disseminated encephalomyelitis, transverse myelitis and myalgia.

In our zeal to avoid a handful of cases of meningitis, we will have made more than 8,000 previously healthy children quite sick. According to the CDC, 0.3 of the serious adverse events result in death. With 8,000 adverse events that could mean 24 children a year who die from the vaccines alone — more than the total number of cases of the illness the vaccines are meant to prevent. As the conjugate vaccine has an efficacy of about 85% that wanes to 60% within five years, bacterial meningitis deaths are not always “preventable” with the vaccine. However, deaths from vaccine injury are always preventable — by simply avoiding the vaccine. What do you suppose the financial costs are for those 8,000 serious adverse events?

It’s morally incomprehensible that anyone would consider, much less legislate, forcing children to undergo a medical procedure with so little likelihood of benefit and such a great risk of harm. A parent is certainly entitled to choose to focus on statistically highly unlikely events if they so wish — after all, children are not statistics. But forcing others to make their healthy children sick in order to slightly reduce the already-minuscule risk of meningitis transmission is simply nonsensical.

This bill underscores — yet again — why citizens must retain the right to make medical choices for themselves and their children. There is no justification for this law on  moral, economic or logical grounds.  It can — and should — be stopped dead in its tracks.

WHAT CAN YOU DO TO HELP?

We are at the eleventh hour with respect to this bill.  Even if you are not in New York, please call following four people.  Then share the post and tag everyone you know who does live in New York who believes in medical freedom and wishes to retain the right to make informed medical decisions for themselves and their children.

Thanks for all that you do to help people take back control of their healthcare decisions in the face of increasingly hostile opposition. You are on the side of the angels.

Thanks to Katie Weissman for providing the references.