Computer Scientist to Legislators: Vaccine Risks Are Real, Serious and Increasing in Number

Earlier, we posted an open letter from Tetyana Obukhanych, Ph.D. in immunology, to legislators who are considering vaccine legislation.   Vaccine legislation has sprung up suddenly all over the country  — so suddenly, in fact, that it must have been a planned coordinate offensive just waiting for an “appropriate” outbreak to capitalize on.  The ostensible trigger for this massive wave of legislation is an outbreak of measles that originated at Disneyland which caused 117 cases of measles this year, a majority of which were in adults over 20.  Even states like Oregon, where there have been zero cases of measles — and clearly no public health emergency justifying a full-frontal assault on parental rights, have jumped into the fray.

Dr. Obukhanych’s letter was specifically about how the science does not support the rationale behind barring non-vaccinated children from school attendance, in part because mealses outbreaks originate with travelers to other countries, not non-vaccinated schoolchildren; the majority of the population susceptible to measles infection are adults who either never had immunity due to vaccine failure or whose immunity has waned over time; and, therefore, outbreaks cannot be prevented by vaccinating 100% of schoolchildren and non-vaccinated children pose no increased public health risk.

There are other important things to consider, however, when deciding whether to force children to repeatedly undergo medical procedures that carry the risk of serious injury and death.  Much as the CDC tries to deny it with their “vaccines are safe and effective” mantra, vaccination is not without risk.  Each vaccine carries a small but significant risk of injury, and the risks mount with every dose.  In addition, no one has ever studied the cumulative risk of combining vaccines.  Today’s post was testimony given at the California State Senate Health Committee hearing on April 8, 2015 by Steven Rubin, Ph.D., a computer scientist who researches vaccine adverse events.   As the California State Assembly considers passage of a bill designed to remove personal belief vaccine exemptions (California does not have religious exemption, therefore the bill would eliminate all but medical exemptions), it seemed a good time to remind people that vaccine injury is very, very real.  Please copy and send this to your state senators and assembly members.

Chairman, and members of the committee, thank you. My name is Steven Rubin of Portola Valley, California. I am a research computer scientist with a Ph.D. and over 45 years of programming experience. I am also the Director of Vaccine Research Analytics for the National Vaccine Information Center. 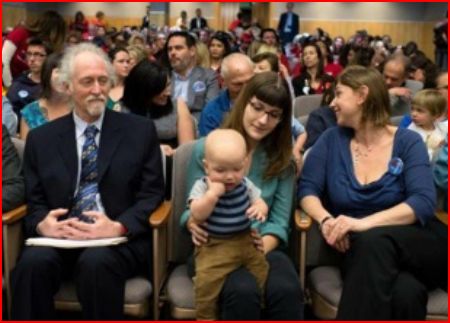 The National Childhood Vaccine Injury Act of 1986 required the CDC to gather data about vaccine injuries and make it publicly available. They created VAERS, the Vaccine Adverse-Event Reporting System. At first, the data was only available to the public in raw form and was impossible to view. To remedy that, I created the first online search engine for VAERS, in 2004: medalerts.org. This website still provides the most complete public access to VAERS and has become the search engine of choice for many researchers, even some at the CDC.

There are nearly a half million reports in VAERS. And yet the system suffers from under-reporting, by anywhere from a factor of ten to a factor of a hundred.

Because Senate Bill 277 removes the personal belief exemption to vaccination for children, it is appropriate to look at VAERS reports filed for children 18 and under who suffered after a CDC-recommended vaccine. I confined my search to only serious reports, where the person was hospitalized, had a life-threatening injury, was permanently disabled, or died. VAERS shows over 36,000 children who were seriously injured after a CDC-recommended vaccine. The chart on page 2 [Senate Health Committe 2015-04-08] shows what happened to them. Our government reports 12,000 visits to the emergency room, 27,000 hospitalizations, and 3,437 deaths. 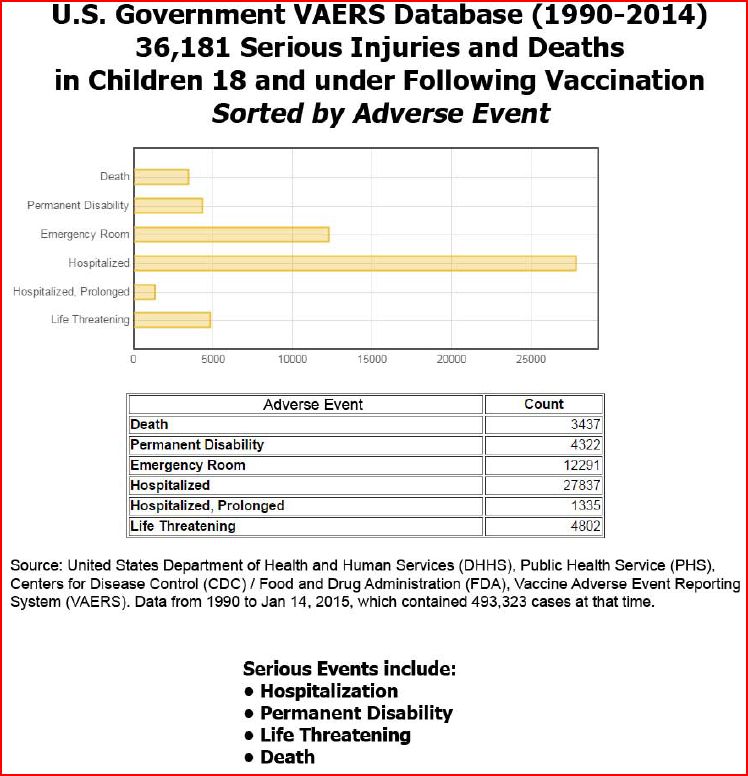 The chart on page 3 [Senate Health Committe 2015-04-08] shows the different vaccine components that were involved in these 36,000 reports. The data suggests that there is not a single vaccine that is safe for everyone. 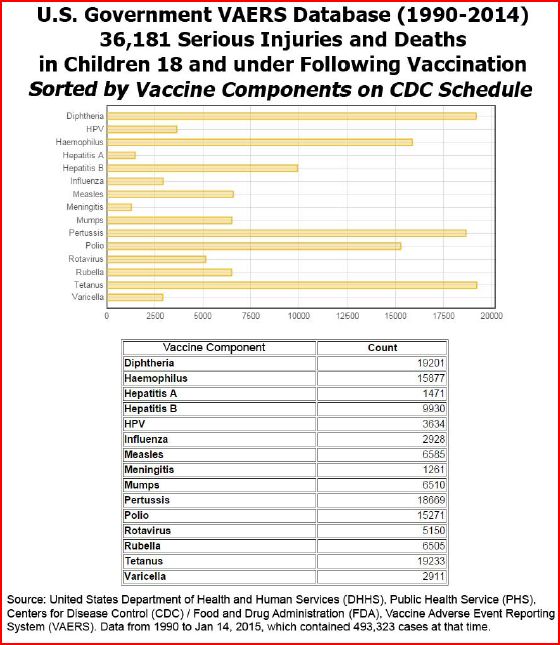 Supporters of SB 277 assert that the vaccine schedule is safe, but the data on page 4 [Senate Health Committe 2015-04-08] shows an alarming growth trend that will only continue as more vaccines are added to the schedule. 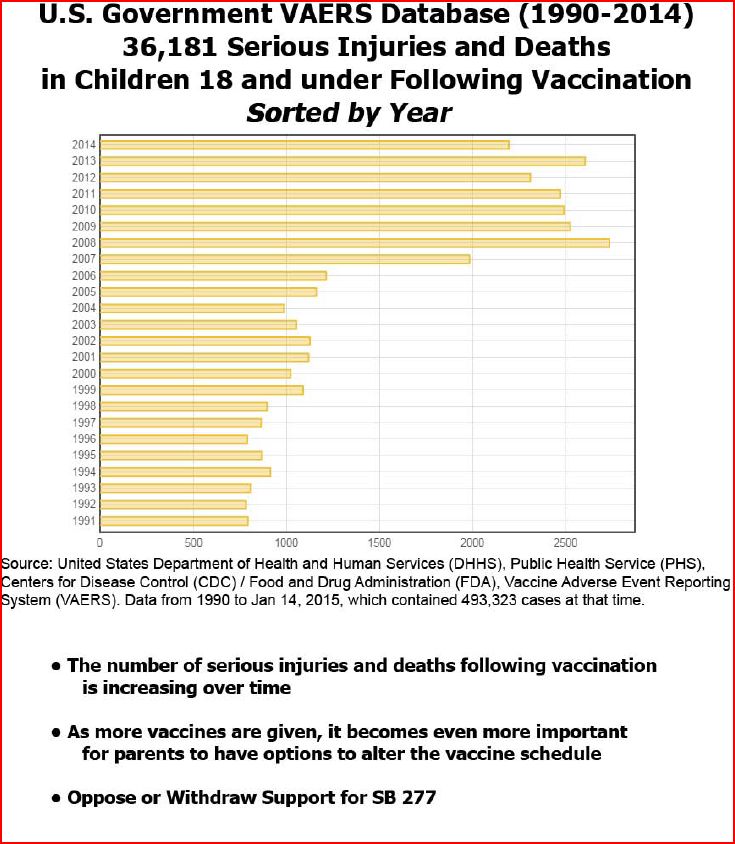 Senators, vaccines are pharmaceutical products that injure and kill children every year. This is not an opinion, this is a fact, as evidenced by the government’s own reporting system. I urge you to vote No on SB 277 and maintain the personal belief exemption in California. Parents deserve informed choice in their children’s vaccine schedules. I would be happy to answer any questions you may have, now, or at any later time. Thank you very much.

2 Responses to Computer Scientist to Legislators: Vaccine Risks Are Real, Serious and Increasing in Number