Eight years ago, I wrote about how the folks in charge were not happy because 1 in 10 families were choosing an alternative vaccine schedule.

Almost a decade later, with even more vaccines added, I would venture to say that those numbers hold true if not have grown. We know that back then half the population had some issue with the current vaccine program and the number of parents refusing one or more vaccines has been increasing.

This year thanks to legislation efforts to mandate vaccines, the very public outing of special needs children and religious groups from public education, the push to add HPV mandates, the state by state roll out of laws to remove exemptions, the calling for vaccination status to be tied to everything from employment to public spaces to receiving government assistance, the added campaign for all adults to be caught up to the new adult vaccination schedule, and the refusal of state legislators to protect constitutional rights and to require true informed consent for patients, we saw a huge growth in the number of people opposing the vaccine program.

State by state people turned up and said enough! Because of their efforts, we saw those who believe in parental rights, and less government join in. We saw scientists, doctors, and so many nurses stepping forward to fight. We welcomed those who understand the corruption of big industries and those who don’t believe we should be using aborted babies. Those who are appalled over flu shot failures, the vegans, and those fighting the glyphosate fight joined in. Republican groups, Moms who once fought to change the DTP after their child was harmed so many years ago, physicians organizations, and those who can’t wrap their head around the idea that we would vaccinate pregnant women without knowing it’s safe, all joined in. We saw teachers who think it’s crazy to allow children with diseases and illnesses in schools but to put forth laws that refuse to educate those who have no disease or illnesses, and Dads who have buried their child after a vaccine injury speak out. Those who believe the government has no business in our medical decisions and those who read/listened to the words of the whistleblower as he professed his part in harming millions and covering up the evidence on behalf of the CDC began seeing the whole “anti-vaxxer” movement for what it really is: a whole bunch of people who have very real and sincere concerns.

And we grew and grew, and the numbers showing up to fight now reflect that this is no longer just an issue of a those who don’t want 7 vaccines injected into their child at one visit and prefer to space them out, and never was a group of just crazy Moms looking for someone or something to blame. This has always been a group of concerned citizens demanding better of science and medicine.

It has always been those who believe in doing what is best for our children and loved ones and not in trusting those who have a record of deception, fraud, and corruption.

It is about getting dangerous or morally reprehensible ingredients out of what we inject into our little ones. It’s about safety testing and accurate risk vs. benefit analysis.

It’s about a schedule that is scientifically sound.

It’s about informed consent and the right to make your own medical decisions in partnership with your care providers and family. 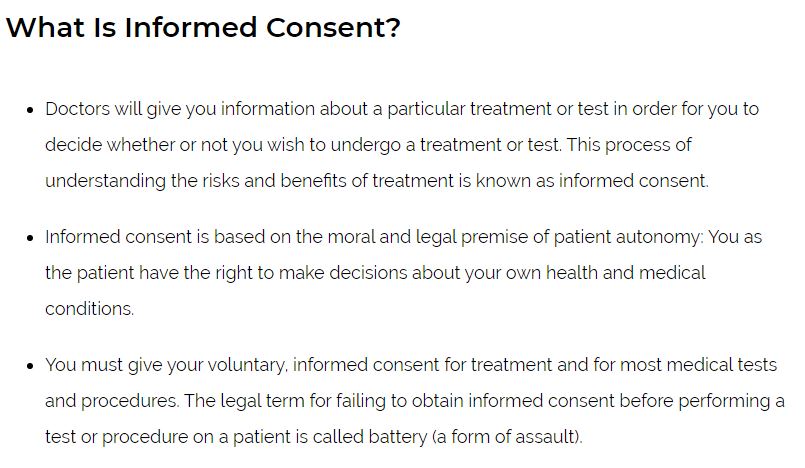 What is freedom if we are not free to say no to preventive medical treatment with the potential to cause long-term disability or death?

It is about admitting and doing right by those we harm.

It’s about having honest conversations about disease and not trying to get neighbors to hate each other based on scary propaganda.

It’s about dangerous chemicals, human rights and whether experimenting on the unborn is okay.

It’s about aborted babies, untested ingredients, and how we treat those who have been sacrificed.

It’s about whether you have a right to decline treatment for cancer or which medications you take or whether the government does.

It’s about asking the public to trust you, as you say in the same breath that a parent doesn’t need to see the actual vaccine insert or shouldn’t be handed a list of ingredients.

It’s about why, instead of studying susceptible populations, millions are getting dumped into preventing people from being able to ask these questions.

It’s about the CDC washing their websites of incriminating information and government officials asking corporations to remove all books or websites related to the subject instead of working to provide an accurate database of adverse events.

I have said for years that the easiest way to make us go away is to do the work. If you have nothing to hide, then hide nothing. Address people’s concerns, don’t try to bully them into compliance. Admit your failures instead of covering them up by name-calling those who call you out. Address the safety limits, do the long-term studies, stop claiming the science is in when very clearly section 13.1 of every vaccine insert says it is not. Find out if those vaccines work in infants, and those with gut issues and ask the tough questions about vaccinating preemies and those with autoimmune issues.

Fix the vaccine court. I repeat, please fix the vaccine court and stop dragging those families through hell, they have endured enough. Or better yet, make pharma liable for their product, so that they not only are responsible but they have a reason to do better. Stop proclaiming herd immunity nonsense when anyone with common sense knows the herd hasn’t existed thanks to ineffective vaccines, waning, adults being unimmunized or under immunized and the teeny small numbers that can’t or shouldn’t be immunized.

Tell people the truth about how the mumps efficacy was faked and how whooping cough seems to be a big problem–and not with scary big, bad wolf commercials but with a real conversation about asymptomatic carriers and a vaccine that wasn’t what you expected.

Listen to the religious groups and why they are opposed and work towards solutions as opposed to treating them as lesser than, all because they don’t share in your dogma. Analyze what is in the vaccines like we have to do on our own currently, and figure out why we now have all these contaminants and random DNA and what the long-term consequences are of that.

Use titers before boosters. Use science for the schedule, not a committee. Put in place an independent oversight organization.

Do anything to make us believe that you are attempting to address our concerns, but start somewhere. Anywhere.

The fact is that the more you move to ignore us, paint us as crazy, or mandate us into complying, the more of us there are. We won’t stop. We will keep reaching out to those who don’t even know yet that they are allies. They are us. We keep growing.

Your move. We aren’t going anywhere.

This entry was posted in Blogs by Thinking Moms' Revolution, Crush and tagged bullying, vaccine mandates. Bookmark the permalink.