This blog is dedicated to the memory of Lorrin Danielle Kain, who died four years ago today at the age of 15 from complications directly related to a vaccine injury she experienced at the age of six weeks. 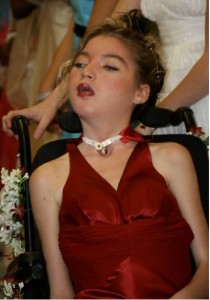 Recently a “parody” video was posted on Upworthy.com, a site I usually enjoy quite a lot. They post videos about empowering women and girls, and denouncing bullies. This one, however . . .  Well, check it out for yourself.  The person who posted the video, Morgan Shoaff, says, “It’s hilarious and poses the question “What’s worth it?” when it comes to, you know, staying alive.”

As someone who doesn’t vaccinate her children and the mother of a child who died (of something no vaccine could prevent), I didn’t think it was the least bit funny, much less “hilarious.” And I wasn’t alone. There are no comments allowed on their posts, so I sent Upworthy an email to let them know just how disgusted I was by this attempt at humor. (You can too. Just click on the Contact link or send email to:  [email protected])

You see, I and many of my friends used to think simplistically like the woman in the video. We used to believe that if you didn’t want your kids to die, you vaccinated them — pure and simple. But, for any one of a number of really good reasons, somewhere along the way we started to question that assumption. For some, it was when a healthy baby was vaccinated for hepatitis B on the second day of life and was suddenly fighting for his life in the NICU. For others, it was when they took a healthy child in for a “catch-up” round of vaccinations that marked the line between healthy and developing normally, and chronic debilitating illness and developmental regression. And for still others, it was when their child was rushed to the hospital within 24 hours of a vaccination and either died as a result or got very close to it. But for all of us, it has meant a more in-depth investigation of the risks and benefits of the current vaccine schedule.

And you know what we found? Not all vaccines are created equal. The risks associated vary with the vaccine, but all vaccines pose risk of injury or death (which is why the Supreme Court declared them “unavoidably unsafe,” thus making sure that vaccine manufacturers will not be held liable for the damage their products do), and should not be taken lightly. Vaccines are a preventive measure given to healthy people. As such, mandating their use cannot be justified unless the risk of causing harm is vanishingly small. That may have been true (or appeared to be true) back in the days when there were very few vaccines on the CDC-recommended schedule, but the more vaccines that are added to the schedule, the greater the absolute risk.

In addition, it seems likely there are additional risks to simultaneous injection of more than one vaccine, as many reports of developmental regression cite doctors’ appointments with multiple vaccines, such as the one that caused Hannah Poling’s  autism. Can we prove that? No. But neither can anyone prove the converse, because there have been no safety studies on the combinations of vaccines routinely recommended for children.

There are now vaccines on the CDC-recommended schedule for a number of illnesses that are are not particularly deadly for the vast majority of the population (like varicella) or we are not at any great risk of contracting (like hepatitis B). When it comes to something like the birth dose of hepatitis B, why should parents take on the considerable risk of injecting their healthy newborn with a preventive for something that child has virtually no chance of encountering until puberty, by which time any immunity conferred by the vaccine will likely have worn off?

We also found that vaccines come with a host of known and acknowledged “side effects” and warnings, including seizures, encephalopathy, anaphylaxis, Guillain-Barre, as well as unacknowledged effects that are not even studied because they aren’t diagnosed in the short-term window of a vaccine safety study.

That “hilarious” video was done in a style reminiscent of a drug commercial, but no vaccine manufacturer could ever get away with running it as an ad, because when you advertise a drug – and  make no mistake about it, vaccines are drugs – you have to list the side effects and warnings.  If you were to include the warnings appropriate to “vaccines,” you would have to add a 15-minute disclaimer to the one-minute video.  This is the list of side effects and warnings for one trivalent vaccine. 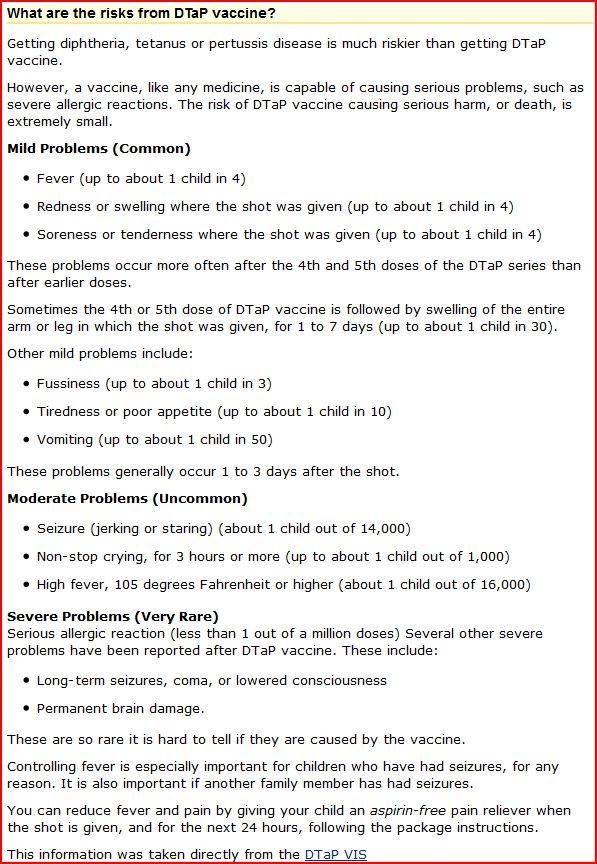 People keep trying their damnedest to paint people who ask questions about vaccine safety and vaccine policy as “selfish” and “anti-science,” when nothing could be further from the truth. Most of the people questioning vaccine policy have already suffered a huge loss due to vaccination (people such as my friend Karen Kain, whose daughter Lorrin died in 2009 after a 15-year struggle with vaccine injuries. Lest you think, ‘Oh, that’s just her opinion,’ unlike many people, Lorrin’s vaccine injury was acknowledged by an award from the National Vaccine Injury Compensation Program, also known as Vaccine Court).  They’re not doing what they do for their own sakes; they’re doing it for yours.

And as to anti-science, science is about asking questions and not settling for assumptions. It requires an inquiring mind that notices anomalies and won’t rest till they are explained. Science is about digging deeper and looking for real, honest answers. It’s not about toeing the corporate, government, or religious line. Just ask Galileo. He could tell you a little something about how “anti-science” it is to have the audacity to question what is said in the mainstream media and actually read the studies behind those reassuring claims, and how “anti-science” it is to think about them and notice that the methods and/or conclusions of the studies don’t support those claims.

Much as the CDC and the Strangemeal video would pretend otherwise, the truth about vaccines is not nearly as simple – or cut and dried – as they imply. And it’s offensive – very offensive – to everyone who has experience with vaccine injury to imply that it is.  To do so is to dismiss the very real illness and suffering caused by vaccinations. And that is not okay.

If you want to have an idea just how offensive it is to say “Vaccines: and now my kids don’t die!” listen to Karen Kain talk about her daughter Lorrin’s struggles due to vaccine injury on this, the fourth anniversary of Lorrin’s death. Strangemeal, Upworthy and Ms. Shoaff can only regard their video as “hilarious” if they truly believe that the lives of Lorrin, her mother and father, and those of the thousands of other people affected by vaccine injury, just don’t count.

I dare you to watch this video and think, “They don’t count.”

In the words of Harry Bosch, Michael Connelly’s iconic homicide detective, “Everybody counts or nobody counts.”

Lorrin Danielle Kain, I wish I had known you while you were alive, but I’m so glad I have gotten to know you through your mother’s grace, courage and huge heart.