Wake Up, Society: Autism Is Here 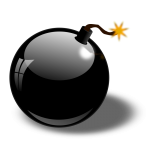 “I’ll take a quiet life,
A handshake of carbon monoxide,
With no alarms and no surprises.”
~ Radiohead, “No Surprises

My biggest “aha” moment on my no-expenses-paid autism tour was this: The world couldn’t care less about the disenfranchised – especially when it comes to autism. Yes, people would rather have that “handshake of carbon monoxide” than learn a hard truth.

Too hard to swallow? My point precisely. And if it pleases the court, allow me to make my – very personal – case.

EXHIBIT A
When I first noticed Ezra was behaving differently, I had a specialist evaluate him; he dismissed me as another nervous mother. I suppose hindsight would be 20/20, if these “experts” ever bothered to look back.

After that, we saw Ezra’s pediatrician who bestowed two diagnoses on him: Sensory Processing Disorder and Speech Delay. Apparently, Ezra couldn’t get an autism diagnosis if he flapped his arms from here to Russia, but I’ve got the fecal smearing stains to prove he had and has autism. And yes, all the while the vaccines continued, even with these delays.

Wait! But don’t “experts” say it’s too easy to get a diagnosis? Thus, causing inflated rates? 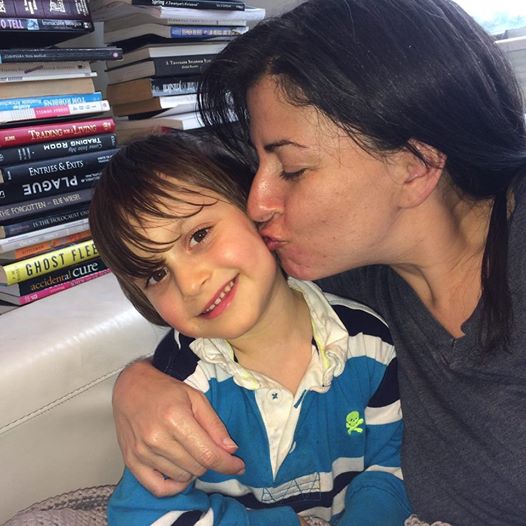 EXHIBIT B
To get treatment for those two diagnoses, I had to spend weeks pleading with Health Department workers, only to receive 60 minutes of speech and occupational therapy per week.

EXHIBIT C
A few months into therapy, Ezra was still regressing, so I raised concerns about autism to his speech therapist. But she had another idea, “Your son has an attachment disorder with you.”

Okay. So, my son stopped talking, playing, sleeping, etc. because of me. Heard the term “refrigerator mom?” The concept still exists, just has a new moniker.

But here is the kicker: I was so desperate for any answer, so stripped of self-worth, I fully took the blame. So that when a child psychologist finally diagnosed Ezra with autism, I repeatedly protested, “It’s attachment disorder.” Thankfully, she repeatedly told me I was wrong.

Okay, truth prevailed, but not without an “expert” leaving her scar on my soul.

EXHIBIT D
Now that I had the diagnosis, I needed to get therapy for my son. This meant we had to see Ezra’s pediatrician to receive the necessary prescriptions. But when I informed her of Ezra’s autism diagnosis, she rolled her eyes and proceeded to expostulate about why the diagnosis was false.

But this time I argued back. Finally, after actually watching Ezra, she capitulated that Ezra may have light autism. But her resistance haunted me, I repeatedly thought, “Did Ezra have autism? Or did I do this to him?”

Another expert, another scar.

EXHIBIT E
Ezra had his diagnosis and his prescriptions, so did the state readily give him services? No.

Once again, I found myself mired in red tape, begging for services. After getting nowhere, I saw I had to work around the system.

I purposely attended a ribbon-cutting ceremony where my district representative presided. I hunted him down and told him Ezra’s story. He actually took me seriously and wrote a personal letter to the right person. Instantly, a caseworker called me and told me about the many therapies Ezra could receive.

Did I mention New York is one of the best states for autism services? I’d laugh, if it didn’t make me cry.

THE VERDICT
Society is guilty of inaction and complacency when it comes to autism (and many other issues, but alas, this an autism blog).

People see autism rates skyrocketing on the news and say – WTF! But the majority won’t seek the truth because it’s a downer to find out we may have to change the world. I know it because I was like that once.

It’s just so much easier to believe convenient, conventional theories in our pressure-laden society. As Thom Yorke so eloquently sings, “no alarms and no surprises please.”

Truthbomb SK graduated Phi Beta Kappa from the University of Maryland with a degree in Psychology. After graduation she went Switzerland to become an au pair, backpacked through Europe, and did a year in Israel on a kibbutz. When she returned to the States, she entered a PhD program in counseling psychology, but she left the program when she realized that research conclusions were often forged to fit the hypothesis. Instead, she embarked on a career in advertising as a copywriter where she worked with Nike, Angie’s List, Xbox and more. Truthbomb SK left advertising after learning her child had autism. Now she focuses on healing her son and herself. She calls her son her greatest gift because he awoke her to the true fundamentals in life.

19 Responses to Wake Up, Society: Autism Is Here