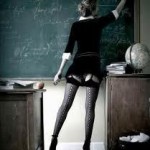 I have to say I was pretty shocked to read that because, as far as I knew, the last word on genes and autism was that there were hundreds, maybe even more than a thousand different genes that could all play incremental roles in autism risk, rendering the idea of “an autism gene” meaningless. Imagine my surprise, then, to see that researchers had indeed “found the gene that causes autism,” and I hadn’t even heard about it! I wondered how on earth I could have  completely and utterly missed this momentous news as I generally receive multiple private messages about any new autism study, and I’ve usually read the study by the time I get the messages.

Turns out, I didn’t miss anything after all. Whew! In fact, I had read the referenced article when it was published and found it very interesting.

If you go to the link, you’ll see that University of North Carolina researcher, Mark Zylka, PhD, found a mutation to one particular gene that governs the activity of an enzyme called UBE3A. The mutation keeps the enzyme from switching off, meaning the enzyme’s “regulatory switch was broken.” The excess UBE3A activity does seem likely to cause autism, because in mice it increased dendritic spines on neurons and “too many dendritic spines have been linked to autism.” In the article, Zylka offers the example of a single child whose autism appears to have been caused by this gene mutation, a mutation that neither of his parents has.

However, the very first paragraph of the article specifically states:

In other words, this article was about how one of over a thousand genes may be able to cause autism. 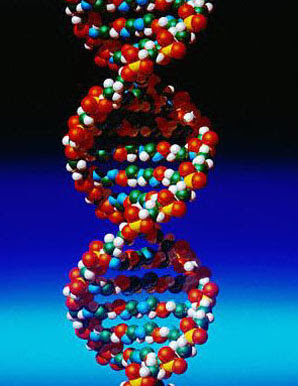 And, in case you missed it in the first paragraph, Zylka is quoted a little further down as saying,

‘Genetic studies are showing that there will be about 1,000 genes linked to autism. This means you could mutate any one of them and get the disorder. We found how one of these mutations works,’ said Zylka, senior author of the Cell paper and member of the UNC Neuroscience Center. (emphasis mine)

Ironically, the “science blogger”offered this article to refute the idea that multiple complex interactions could cause the neurological condition we call autism, when it’s clear that the article itself supports the idea instead. It becomes even more clear if you consider where these gene mutations are coming from. The article doesn’t say much on the subject other than that the autistic child who has this particular mutation did not inherit it from either of his parents, making it a “de novo” mutation.

According to the National Institutes of Health, “Genetic changes that are described as de novo (new) mutations can be either hereditary or somatic.” Somatic mutations are mutations that are acquired. Since de novo mutations do not exist in the parents, they have to be “acquired” at some point – by the egg, sperm, or embryo. The National Institutes of Health says of somatic mutations, “These changes can be caused by environmental factors such as ultraviolet radiation from the sun, or can occur if a mistake is made as DNA copies itself during cell division.” 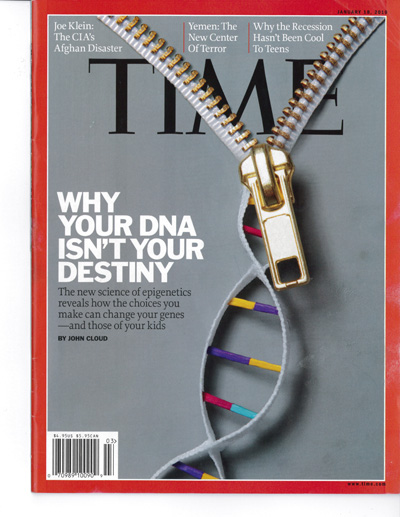 Of course, we at TMR don’t actually believe there is one environmental factor affecting all those thousand genes, or causing every case of autism. That would be more than a little far-fetched and isn’t borne out by observation as there is no single exposure that every person with autism shares. And this article about another study that seems to be more relevant to the majority of people with autism (“There are many different ways of getting autism, but we found that they all have the same downstream effect”) says that, in autism, genes involved in inflammation of microglial cells in the brain are “turned on.” In other words, the biggest difference between people with autism and people who are neurotypical may not be the genes themselves, but how particular genes are expressed.

And what kinds of things can alter gene expression? You guessed it, environmental factors. (By the way, it is worthwhile to note that inflammation of the microglia is an immune reaction intended to clear away pathogens.)

What is perhaps even more ironic is that the “science blogger” claimed to be correcting “misinformation.”

This is why we at TMR suggest — nauseatingly ad infinitum — that you always read the links and the science for yourself when it’s available, because you can’t count on anyone, including (especially?) “science bloggers,” to interpret and characterize the material correctly. Of course it’s hard to know with mistakes like this one whether the  “science blogger” really has such poor reading comprehension when it comes to science or, for whatever reason, is being intentionally misleading. Either way, you owe it to yourself and your children to do the work.

And anyone who cares about your health and that of your children will say the same.

9 Responses to They’ve Found “the Autism Gene”? Don’t Be Misinformed