Can Homeopathy Be Harmful? 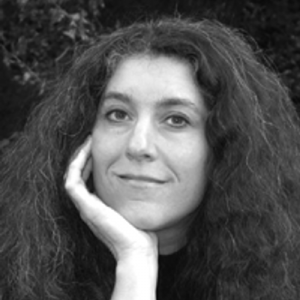 Occasionally I get a question from someone who is new to homeopathy and is nervous about embarking upon treatment. For example, I recently got this inquiry:

“I just saw a new doctor (MD) who practices homeopathy almost entirely. I’m trying to learn what it is all about. I’ve read homeopathy can be harmful and can cause problems, and then I’ve read it can heal. I don’t know what to do. I’ve been ill for almost 7 years with crazy symptoms and now they think I have MS (with environmental sensitivities and food allergies, etc). If a homeopathy remedy makes me worse, can my body repair the damage?”

It’s natural that someone suffering from serious problems is anxious about embarking upon a form of treatment that is new to them. Of course, homeopathy is older than any form of conventional medicine being practiced today! Its record of success goes back over 200 years. Nevertheless, there are many complexities that must be addressed in answering this question fairly.

First of all, there is no doubt that conventional medical drugs are far, far more dangerous than any homeopathic remedy. (In the case of MS drugs, for example, they can be very powerful and toxic.) A simple round of antibiotics can leave many people with permanent problems. As anyone who has listened closely to commercials on TV knows, taking a recommended antidepressant or antihistamine can lead to organ failure and even death! Even aspirin has led to irreparable damage.

In so many ways, the tactics used by the media (funded by Big Pharma) to scare people away from homeopathy go way beyond “the pot calling the kettle black.” They are downright ludicrous. For the most part, the warnings of the past about homeopathic treatment have been of the form “It’s a placebo — there’s nothing in those pills,” and “The danger of homeopathy is that the patient might postpone correct treatment.”

Now that patients are more aware of the dangers of conventional medicines, the attacks have escalated, trying to claim that remedies actually DO have something in them that can harm you. Usually, the writers or speakers who make these claims know absolutely nothing about homeopathic remedies. Perhaps they have read a label on a remedy that mentions a toxin like “belladonna” or “arsenic,” but they don’t realize that the remedies are so diluted that, even if you took a whole bottle’s worth (or more), you wouldn’t likely get a single molecule of belladonna or arsenic. The patient wouldn’t be ingesting a dose that, from a material standpoint, could harm even a baby.

It should also be known that many claims about the dangers of homeopathic remedies are actually about herbal medicines. It is unfortunately true that the term “homeopathy” is still used as a synonym for all alternative forms of medicine, especially herbalism. As I write in my book Impossible Cure, there is no real relationship between herbalism and homeopathy. Both may be made from the same plants (though homeopathic remedies can be made from anything — including minerals and animal substances), but herbal tinctures are material doses that contain the actual substance of the originating plants. In contrast, almost every remedy has been diluted to the point that nary a molecule remains.

I would probably need to rewrite half of Impossible Cure in this article to explain why this is the case, but let me try to allay fears about homeopathy with a few quick points.

I have never heard of anyone who has been permanently harmed by a homeopathic remedy. Yes, remedies can trigger strong symptoms (usually an aggravation of the patient’s pre-existing symptoms), but I have never heard of a remedy causing a disease or permanent change to an organ. Don’t forget, the very definition of the word “homeopathy” is similar suffering. The precise symptoms that a remedy can cause are the ones it can cure. That’s why it might trigger a temporary aggravation of the symptoms the remedy was prescribed for. Thus, for example (and I know of a case exactly like this), a person experiencing an aggravation from a remedy might feel troublesome heart palpitations for a day, but when they run to the doctor to have it checked out, there is nothing wrong with their heart.

If troublesome symptoms arise from taking a remedy, they usually go away after stopping the remedy. It might take a few days or even a few weeks, but eventually they stop. If all else fails, antidoting the remedy with something like a menthol rub often works. If not, then (in my personal experience) giving a new, more correct, remedy ends the problem.

It is very important to understand that, unlike conventional medicines, homeopathic remedies do not operate like chemical agents that force the body to do something. Instead, they act like energetic stimuli that enable the body to repair itself. I have written another short article on this subject.

That said, there are practitioners out there who don’t really appreciate the power of homeopathic remedies. They view them more as supplements or apply them like conventional drugs, giving them too frequently or in too high a potency. The patient will know this is the case, however, if they start feeling consistently worse, not better, and the homeopath does not respond to these symptoms appropriately by modifying dosing or remedy. There is an easy solution to this problem: stop the remedy and find another homeopath!

Similarly, everyone should realize that remedies are not vitamins to be taken on a daily basis (the only exception is the use of LM water dosing that can be done more frequently, but even then, the frequency of dosing must be individualized to the patient’s response.) The result of too frequent dosing will most likely be a “proving” of the remedy — where the person starts developing the symptoms that the remedy can cause. I know someone who experienced this. She was, on her own, taking a remedy nightly for sleep, but could not understand why she was also developing the sensation of bugs crawling on her skin! The answer was easy — she was taking too much of the remedy and developing another symptom that the remedy could cause (and therefore, also a symptom that the remedy had the potential to cure). Stopping the remedy (or taking it much less frequently or in a lower potency) was the answer. Better yet, the answer would have been to seek treatment from a good homeopath instead of treating herself.

I hope this short article allays many fears and clears up many misunderstandings about homeopathic treatment. The best way to understand homeopathy, however, is to read Impossible Cure. It will clear up most fears, answer most questions, and really give the reader a well-rounded knowledge of homeopathic philosophy, science, and experience (except for what remedies to take for what ailments). It is even used as a first year text in many homeopathy schools.

12 Responses to Can Homeopathy Be Harmful?