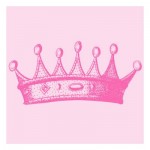 Most of us are familiar with the famous quote by popular philosopher René Descartes, “I think, therefore I am.”  Lately I’ve been wondering if Descartes really knew just how powerful his quote was.

One of the pillars of modern Western philosophy, “I think, therefore I am,” or, in its original Latin, ‘cogito ergo sum,’ suggests that in order to be certain of one’s existence, he/she can simply rely on his/her thoughts for verification. After all, if we are capable of thinking, we must, indeed, exist.

The past few months, I’ve delighted in playing with a much deeper extension of this concept in my own thoughts, as an invaluable tool in my son’s (and my own) recovery from autism.

Thanks largely to the life-changing teachings I learned from the Son-Rise Program® and the Option Process®, I’ve begun to place a lot of energy and focus on my beliefs.  I just relish in dissecting my thoughts and attitudes on a daily basis, and constantly – everywhere from the Starbucks counter, to sitting in traffic, and, of course, at home.  But the more that I play with the idea of my thoughts impacting my reality, the more and more I am blown away.  I’d previously been very attracted to notions as outlined in The Secret, energies, the law of attraction, etc., but they’d felt too abstract for me to grab hold of.  Thanks to the Option Process, I’ve finally realized how tangible and within my reach it is to reconstruct my thoughts and beliefs.

One recent hysterical example of this occurred during one of my workouts at a local boot camp.  The day’s workout entailed the trainer calling out an entire deck of cards, with each suit representing a different exercise, and whose number dictated the number of repetitions we would do.  At first he called aloud the queen of hearts (queen representing 14, hearts representing box jumps).  Now, I’m not sure how many of you are familiar with box jumps, but I can tell you that they are one of the harder exercises we have to do. Basically, you propel all your energy and thrust your body to jump up on a 22 inch (or higher) box, both feet at once, and then jump off the box in the same fashion.  After doing 14 of these, all of us were pretty exhausted!  As soon as we finished, one of my classmates yelled out to the trainer, “Please don’t call the jack of hearts next!”  In an instant, because of all my work playing with my attitudes and beliefs, I instinctively readied myself for the jack of hearts.  Despite the entire deck of cards having been well shuffled, sure enough, the jack of hearts it was! To my delight, I smiled and  annihilated each of those 13 box jumps. 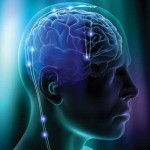 You see, one thing I’ve learned is the power of our intentions.  Usually, the very things we fear and try to push away from, we attract.  Similarly, if we want to capitalize on this effect, we can fill our brains with things we DO want, and it will tend to have the very same effect — to attract those things our way.

Another recent example of thinking a positive thought and witnessing it unfold ocurred just last week with a recent job I got.  As soon as I saw the job posting, despite not even having all of the desired qualifications, I decided I really wanted that job.  I pursued it with a hunger and excitement that actually intrigued my, now, new boss, and inspired her to give me a chance.  In the past, I would probably have knocked down all the reasons why I shouldn’t even bother applying (Of course, right there making it certain I would not get the job.), but instead, I chose to believe that if I really want it and go for it, it is within a reasonable realm of reality that I could, indeed, get it.  When you propel all your mental and emotional faculties toward a common vision or goal, not only are you putting out some sort of magnetic energy and attraction to the universe but you also actually create a real, physiological manifestation of cell growth in your brain.  Enough practice doing this can create what is called neurogenesis – entirely new and real neuropathways that can actually also create healing within your body!!!  This idea is often referred to as ‘neuroplasticity,’ the idea that our brains are like plastic and can be molded and changed, and in this case, just by thinking. 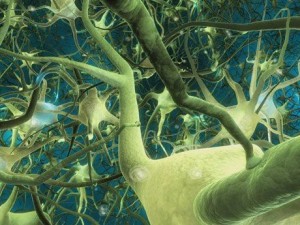 Does this sound too far out to you?

If so, I completely understand.  And feel free to discard this blog right here and now.  I used to scoff at these ideas myself.  But, imagine, that just by thinking, you could actually manifest your desires into a tangible reality!  Take that idea even further – imagine by believing in your child’s recovery, or even, to break it down, believing that your child will utter his/her first word; that you could actually make it happen!

Having leafed through all sorts of material on the topic, spanning from energetic and vibrational to scientific, this idea of manifesting your wishes into reality through thinking is no joke.  There have been countless studies examining the impact of our thoughts versus action, and the physical imprint they leave on the brain.  One such study, conducted by Drs. Guang Yu and Kelly Cole, that tested two groups for four weeks, highlighted the value of one’s imagination on the brain (Doidge, 204).  The first group was instructed to imagine a finger muscle contracting fifteen times with a twenty-second rest, while imagining the words “Harder!  Harder!  Harder!”  The second group actually contracted the finger muscle fifteen times with twenty-second intervals.

So how does one explain such a phenomenon?  Thanks to much research devoted to the topic, doctors now know that the motor neurons of the brain that ‘program’ movements can actually be activated simply by thinking or imagining the movement taking place!

So what can we, as autism parents, or human beings in general, extract from this study (and many more like it?)  Well, the lesson for us is so exciting and its reach is limitless!  We have the power, simply by constructing loving, healing, positive beliefs and thoughts for ourselves and our children, can actually play a huge role in our children’s recovery and also for our own health.

Simply by believing in our children, their capacity to heal themselves as captains of their own recovery ships, we can facilitate that growth.  For ourselves as well, by creating constructive beliefs around our lives with autism, our own health, our happiness, we can create it!

Last week, a good friend of mine showed me a vision board she’d made a year ago and told me that everything she put on the board had happened in the course of the year!  What a powerful idea!  I was inspired to make my own and if you haven’t already, I encourage you to do the same.  This is not some hokey feel-good exercise.  When you make that vision board, BELIEVE that everything you want, you can actually manifest and create by believing.  I would love to hear from you at any point down the line to hear what happened. 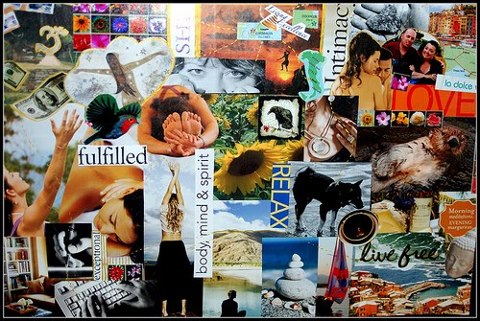 So what is the moral of the story?  While doing all the other therapies and interventions for your child, nutritional, biomedical, and behavioral – do not discount the power of your beliefs and intentions.  YOU have the power to help your child heal…

if you believe it so.

“The secret of the master mind is found wholly in the use of imagination.” -Christian D Larson 1874-1962 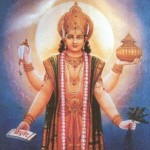 Some of Princess’s Picks for Plasticity:

Cowan, Thomas S., Sally Fallon, and Jaimen McMillan. The Fourfold Path to Healing: Working with the Laws of Nutrition, Therapeutics, Movement and Meditation in the Art of Medicine. Washington D.C.: NewTrends Pub., 2004.

Doidge, Norman. The Brain That Changes Itself: Stories of Personal Triumph from the Frontiers of Brain Science. New York: Viking, 2007.