Flying with a Disability: Our Experience with TSA Cares 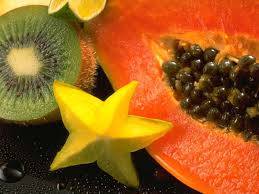 June was a busy month for my 14-year-old with autism and I. We had two plane trips to take, just the two of us.

He’s now bigger than I am, so I wanted to make sure that I had a backup plan in place for assistance. I’d heard mixed things about TSA Cares and decided to coordinate it for my two trips.

I called 72 hours in advance, as I was instructed, and talked to a very kind gentleman on the phone.

He opened a case for us to get escorted at both the Denver and St. Louis airports since we were planning a there-and-back-in-one-day kind of trip to see a specialist. He told me that it depended upon how busy the airport was whether TSA at the local airport would call me. If they did not, I was to go to security and let them know I had a TSA Cares case opened.

We drove to a hotel near the Denver airport the night before, got up at 5 a.m., and got to the airport by 6 a.m. No one called us, and I went to the first uniformed TSA person and asked about TSA Cares. She directed me to the line that says, “For disabled,” which was VERY short, and told me to ask at the front.

I got to the front of the line and asked again. We were walked over to an open screener who was very confused and told me that a passenger support specialist (PSS) could be requested at the podium, which was on the other side of security.

That made no sense to me, and I was about to go into pissed-off-mama-bear mode when a nice gentlemen decided to help.

He was a TSA employee who basically herded us to the line, put our stuff in the bins (without telling me to pull out the iPad . . . you know where this is going, right?), made sure Dominic didn’t run off on the other side of the scanner, and then let me hold his hands for a pat down because something came up on the scan.

We got to where we picked up our stuff, and of course the bag with the iPad had to go back through again. Dominic was twitchy, but we managed.

At this point I was encouraged to go to the aforementioned podium but decided it wasn’t worth it. 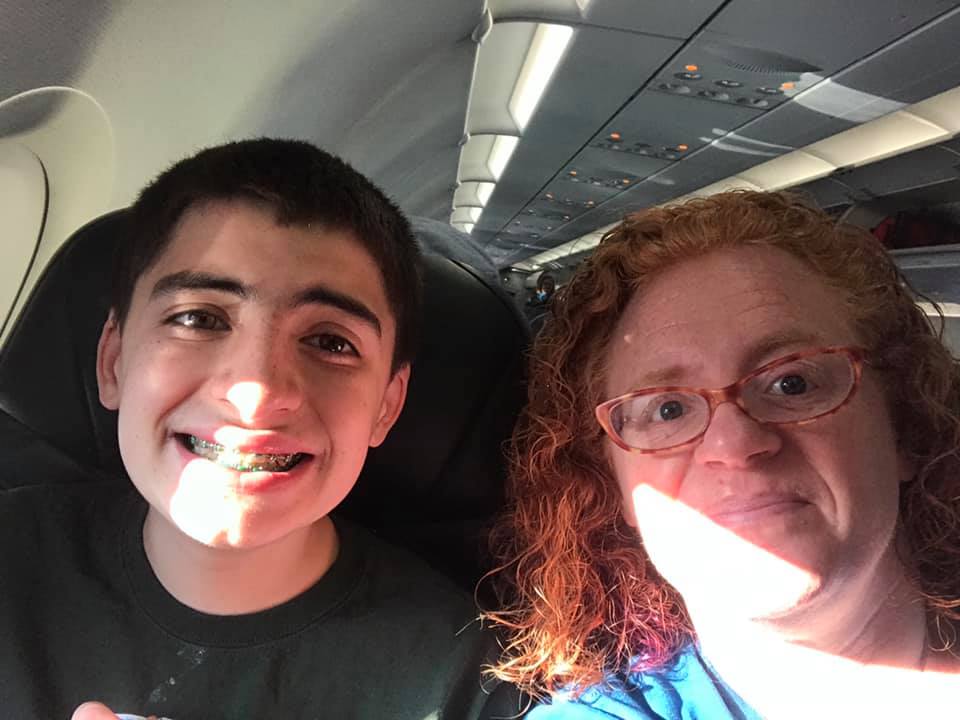 We made our way to our gate and flew to St. Louis. Once in St. Louis, we got to the car rental place and drove to see our specialist in the middle of Missouri, then drove back.

I did get a phone call from the St. Louis TSA team around the time I was dropping the car off. They got their wires crossed and were in the wrong terminal, so we ended up negotiating security without them.

Everything looked to be on time and on schedule until we were walking down the jetway to board when they sent us back inside due to major storms.

We ended up getting back to Denver about four hours later than planned and got a motel room because I didn’t have a two-hour drive left in me. 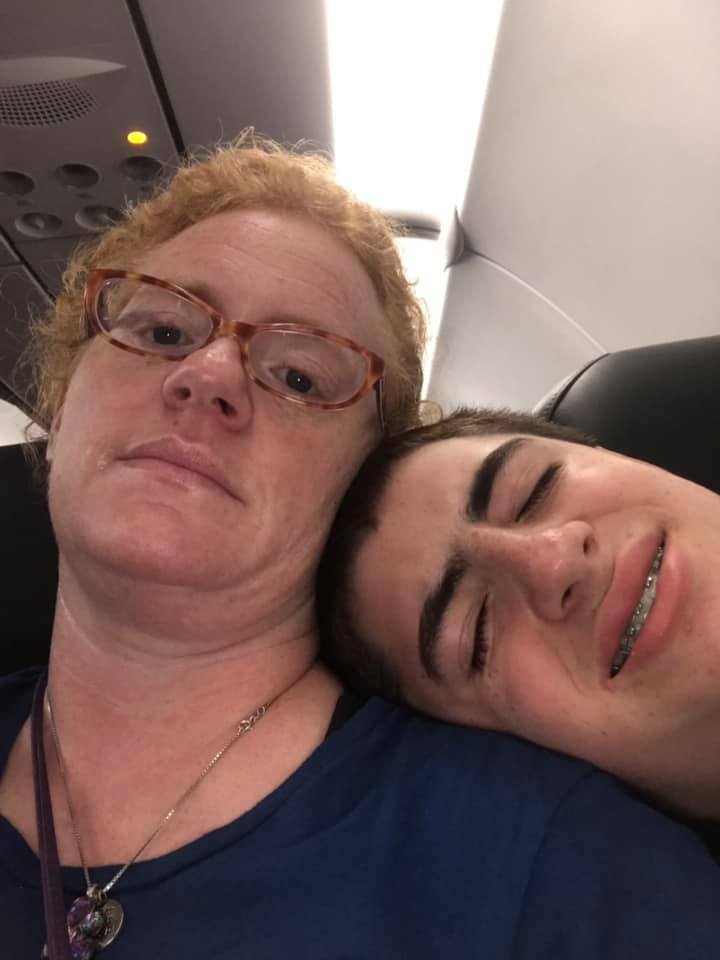 I called in advance, again, and got the whole spiel again. I did point out to this particular phone representative that I didn’t see the logic in having the passenger support specialist podium on the other side of security. She made a note of it.

Similar experience of non-support in Denver, though this time I pulled the iPad out.

We saw family in the Pacific Northwest and then came home. The airport on the other end was Everett, WA, and the TSA staff there were stellar in supporting us through security and having us board entirely first. They walked us through everything.

So, my review of TSA Cares is this:

It’s a good tool. It’s important, especially when our kids don’t look disabled, that there is a paper trail showing we are aware of their potential behavioral issues and are being proactive.

Even in Denver, where the PSS’s were virtually non-existent, just saying I had a TSA Cares case open and needed help containing my teen with autism through security got everyone’s attention. Having a case number made it feel less pathetic to say, “I need help.” It made me able to relax a bit knowing that there was another set of hands in case he should get the crazy urge to bolt.

This entry was posted in JuicyFruit and tagged autism, TSA Cares. Bookmark the permalink.

3 Responses to Flying with a Disability: Our Experience with TSA Cares