“He is Magical” – The Tragedy of Autism and Wandering 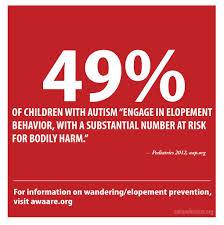 [Editor’s Note:  Below you will find a very personal but informative guest blog from Sarah Carrasco on the issue of wandering in our children with autism.  Please read the very practical, helpful and important steps you can take to protect your family if you care for a child who elopes.

In the meantime, TMR would like to express our truest sorrow and ongoing frustration at the situation our families are facing.  Seven children with autism in America eloped and died as a result in May, 2014 alone, and, as of this posting, there have already been three more in June.  It is only the 6th of the month.

While we read and hear so many stories about small outbreaks of measles, we here at TMR wonder where are the stories of our dead children?  Who is reporting on them?  Where is the urgency? Who is alarmed at the atrocity? Who screams to the rest of the world, “Wake up! Our children  are in danger“?  If ten children in this country had died in the last five weeks of measles, wouldn’t there be widespread panic?   Shoudn’t that make you Think? 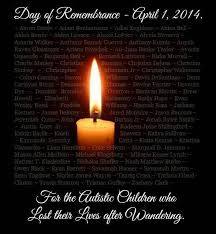 Jaden Dremsa was a 15-year-old boy with autism. On May 8, 2014 he was reported missing from his home in Maine. Every day that Jaden was missing, I couldn’t help but think of the words his mother used to describe him: “He is magical.” Those words resonated with me because I too find my son, David, to be magical. But he, like many other children with autism, does not grasp the concept of danger. Nine long days later, Jaden’s body was found in Lake Arrowhead.

The leading cause of death for people with autism is wandering. Of those deaths, about 90% of children who wander drown. I know firsthand, the fear that comes with being separated from a magical child. On one occasion, my son wandered away while at a water park. It happened when I told my dad, “Watch David while I go grab a chair.”

Thirty minutes of me checking the bottom of every pool passed and, despite announcements over the loud speaker, there was still no sign of my boy. Terror robbed me of all my ability to function. I was bawling. My knees started to give, and my legs lost their strength. People stared at me and walked by until finally a woman stopped. “What’s going on?” she kindly asked. “What can I do to help you?” I told her, “My son has autism, and I can’t find him. He doesn’t even know how to ask for help.”  “What’s he wearing?” she asked.  “Sponge Bob shorts. He looks just like his brother there, but taller,” I said, gesturing to Aidan. 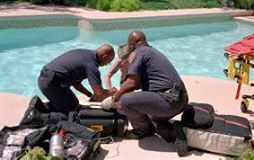 Thoughts of him having drowned or being kidnapped had taken over, I was incapacitated by grief. I involuntarily sat down, cross legged, sobbing uncontrollably. A few moments later, the woman came back and said, “Get up! I found him.”  “Is he okay?” I asked. She laughed, “Yes he’s fine. Follow me.”  I felt the air return to my lungs, I thanked her over and over, “You were the only person who helped me, thank you so much.” I hugged her while we were walking, truth be told, I may have even kissed her cheek because at that moment, she was my best friend in the whole world.

“David!” I exclaimed and swooped him into my arms. “Oh my God, you’re okay.” I said, tears rushing back.  As I looked around, I realized that his adventure was a mission to destroy the sand castles the other children had built. I was surrounded by angry kindergartners and toddlers. “He messed up my castle!” they yelled, “Get him out of here!” Gladly, I thought.

In the days following, I delved into research on autism and wandering and realized how easily I could have lost my son. I was so angry at myself. In the chaos, I had completely forgotten that he was wearing a tracking device from Colorado Lifetrak, and I could have called the police to have them search. It tore me apart; I was so disappointed in myself. Although I was traumatized, my son was alive, and I needed to take steps to prevent this from ever happening again.

I learned many valuable lessons that day, but the most important lesson I learned is that it is essential to have a ‘Wandering Plan’ established before your child goes missing. When this type of situation arises, a parent cannot think clearly, and a plan is vital to maintaining a clear mind when you need it most. 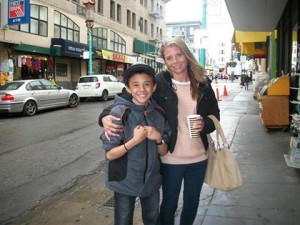 Sarah Carrasco and her son, David

When David went missing a year later, the school called me at 9:30 and said, “Is David home sick today?” “What are you talking about? I put him on the bus myself at 7:50, he’d better be at school. Check again.” I told David’s father, “David’s missing and it’s been almost two hours.” I ran to the cupboard and looked at the ‘Wandering Plan’ I had made. The first thing on the list was 1: Call police and activate search. I called the police and said he was last seen on the school bus and to start the search. I also gave them the phone number to David’s school so they could communicate with each other. I went back to the list, Number 2: Contact people who are in close proximity to his last known location. I called the school Transportation Department and said, “My son was on the bus at 7:50 AM, and he never made it to school. Go check the bus and the terminal right now!”

As we were driving to the school to look for David, the Transportation Department called and said, “We found him. He was on the bus.” “Are you kidding me?!” I screamed, “It’s December, it’s freezing and you mean to tell me he’s been on the bus this entire time?” “I’m so sorry,” the lady said. “We’re bringing him to the school right now.”

When we got David off the bus, his face was covered in blood. He had been so nervous that he had scratched his face to shreds. It took several weeks to heal the wounds he had inflicted on himself, but eventually the infection cleared, and it left no scars. 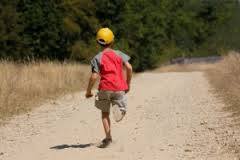 My point in sharing this is: a Wandering Plan must be established BEFORE your child goes missing. In addition to writing out and practicing a Wandering Plan there are many tips you can use to prevent your child from leaving the home or locating the child once he or she has gone missing.

Wandering is the leading cause of death for people with autism, and, although we can put every safety precaution in place, as I’m sure Jaden’s mother did, there are no guarantees that the child will return home safely. In the world of autism, the best we can do is to be proactive and vigilant. We have an obligation as a society to protect God’s beautiful and magical creations, also known as children with autism. I will never forget Jaden, and my thoughts and prayers are now — and will always be — with his family.

Sarah Carrasco is an educational advocate and parent mentor in the state of Colorado. She received her B.A. in English with an Emphasis in Secondary Education from Metropolitan State University of Denver. She is the mother of a 12-year-old boy with regressive autism; after extensive research on biomedical interventions, her son is now in recovery.  She is an educational advocate for children with autism spectrum disorder (ASD) and developmental delays. Sarah is a parent mentor for JFK Partners and Talk about Curing Autism (TACA). In addition, she has taught classes and sat on expert panels on biomedical interventions, I.E.P.’s and resources for The Autism Society of Colorado (ASC). She has written ASD-specific lesson plans for daycare providers and has developed a reading program for children on the spectrum. Recently, she recorded a training video for the Lakewood Police Department on autism and wandering. She can be contacted at [email protected]