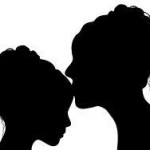 You know that day of your life that you will NEVER forget?  For some it is the birth of their child.  For other it is their wedding day.  Many can tell you, in detail, where they were and what they were doing the day the twin towers fell.  Some peoples “days” were joyous, and others were anything but.  I have two of them.  Some day I hope to be able to write about the first, but for now I will share the second.  THAT day was December 31, 2010.

Ahhhh – New Year’s Eve.  You must be thinking I rung in the New Year doing something extravagant, or at the very least remarkable.  The day started like any other day that week.  I was on vacation and enjoying some down time with my daughter and mother who was visiting for the holidays.  At around 11:00 my friend dropped her 2 cutie patootie sons off so she could go to an important appointment.  All was right with the world – the kids were playing and everyone was happy.

The next thing I know someone exclaimed that there was blood on my kitchen floor.  I inspected all little bodies for a wound without success.  Within minutes I realized it was coming from my daughter’s brand new cockatiel – the one she just got for Christmas to replace her pet bird that dropped dead suddenly in October at 3 months of age.  The one she named buddy after someone important to her who had also passed suddenly.  Ok – now we were cooking with a bit of chaos.  I put the bird safely in his cage until I could take him to get looked at and tried to assure the three kids that Buddy would be just fine.  Suddenly, I was counting the minutes until my friend came back to retrieve her children so I could take care of the bird.

Ok – you must be thinking “really – all this fuss over a bird”.  Bear with me, you will soon understand why this is the day I will never forget.

While the kids went off to play I decided I would try to get my then 13 year old daughter’s new cell phone set up.  I noticed a voice message waiting for her, and since she is under my roof and developmentally disabled with no earned privacy, I decided to listen to it.  The message will be engrained in my memory forever.  I heard the voice of a man –definitely older- and he said, “Hey kid, that is not the picture I wanted.  I wanted a picture of your pussy”.

You know that moment when the room starts to spin and you cannot feel the hand attached to your arm?  That was my moment.  In my best “I am going to pretend I am calm when I feel like the walls are caving in” voice I called my daughter into the half bath (the quickest place for privacy) and asked her about the message.  She did not know who he was, did not know how he got her phone number and was completely frightened by my sudden line of questioning.  She said her requested a picture, and the message I heard was a result of her sending a picture of her face.  I knew right then and there that I had to go to the police.

Think…think.  Oh yea – breathe too.  Ok – first I needed to get rid of those other kids running around so we could go report this to the police.  Shit. The bird.  I almost forgot….ok, after the police station I had to get the bleeding bird taken care of.

With patience the size of a flea, I tried my best to pretend everything was ok to both my mother and our miniature guests. When my friend came back, I did not say a word.  Instead, I actually obliged when her sons insisted on staying for lunch.  Poor things.  I basically tossed a plate of food at them Frisbee style as my mind was racing with thoughts no parent should ever have.

As soon as they left I dragged my scared out her mind daughter to the police station.  I walked in and at the front desk was an officer who was one of my daughter’s D.A.R.E. instructors at school.   I asked Officer Heather if she could come out from behind the glass as I really did not want to share this story through one of those little voice amplifiers.  She was kind enough to do so, and then kind enough to offer to get another officer she knows we are friendly with to talk to us.  The compassion that these two individuals bestowed upon us at one of the darkest moments of my life will never be forgotten.  Officer Mike explained to me the repercussions of coming forward and left the decision completely up to me.

How does one make that decision?  To file a report would mean to put my daughter through months and months of investigation.  To not file a report would mean he would get away with this.  Who was this man?  Why did he prey on my girl?  Who else did he do this too?  What if I did not know what else he said to her?  What if I did not try to stop him and he was successful at reaching another young girl, or more.  What if? What if?  What if?  At that moment I made the toughest decision of my life and told Officer Mike I wanted to move forward.  He instructed me to go home to collect the phones, chargers and phone logs.  In the meantime, he would call in a detective (remember, it was a holiday) and call me when I needed to come back.

I did as told – and managed to take the bird (who was with us at the police station) to get assessed.  The local bird specialist was not able to help so gave me the number of an animal hospital with a 24 hour emergency room – the only place I would find open considering it was approaching late afternoon on December 31st.

Phones?  Check. Chargers? Check  Phone Logs?  Check. Bird in tow?  Check.  Back to the Police Station we went to meet with the Detective – another Mike.  He was kinder to us than I could have hoped for as I recounted all of the details of what I discovered.  Over the next few months we endured things that I would prefer to not elaborate on.  Let it suffice to say that taking your daughter for videotaped testimony is not on my top ten list of things to do.  As the investigation continued, a detective from our County’s Proscecutor’s used her phone to communicate with this man and I had the horror of hearing details of what he wanted to do with my 13 year old, including “I want to have hot sex with you”.

The months that followed seemed like years and I woke up many times each night just to make sure she was in her bed.  In her communications with him prior to my discovery, she had told him her name, her school and town we lived in. He had her picture and knew what she looked at.  He told her he would be her friend – a friend she so desperately seeked.  She thought he was her age – not a 58 year old man – a fact I would learn upon his arrest 4 months after I heard his message.

Throughout that entire time, I received an incredible amount of support from my local police department.  Since I barely told a soul about what we were going through, they became my support system.  One, who happens to be a facebook friend even reached out to me through private messages to show support as a human being and father, not just as a police officer.   Very few times have I needed the assistance of the police force on a personal level, but am pleased to say that it has been phenomenal on each occassion.

In 1962, President John F. Kennedy signed a proclamation which designated May 15th as Peace Officers Memorial Day and the week in which that date falls as PoliceWeek.  On this occasion I would like to pay tribute to all of the good men and women out there who work REALLY hard at making mom’s like me feel safe and protected on what proves to be the worst day of their lives – and all the others.

This entry was posted in Blogs by Thinking Moms' Revolution, Saint TMR, Uncategorized. Bookmark the permalink.

8 Responses to Men In Blue