In two days my son turns eleven years old.  Eleven!!  It’s so hard for me to believe; I remember holding my newborn in my arms so vividly.  I imagined his childhood so differently than the way it actually turned out.  My husband is crazy about baseball, and so I imagined the two of them out in the backyard throwing the ball back and forth, my husband teaching him how to hit the ball.  Heck, I even imagined a broken window here and there as my son was perfecting his batting technique.  Ah, well.  Life never really turns out the way any of us imagine, does it?

Instead, it seems like we have been in super-slow motion.  After rolling over, sitting up, 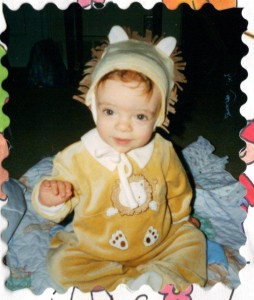 crawling, and walking right on schedule, my son’s development and accomplishments screeched to a snail’s crawl around his first birthday.  Since then I have learned to adjust my expectations and appreciate the little things in life, the little things he accomplishes — the things that most people don’t see.  Those “little” things are often SO major, and yet most people aren’t paying attention, and don’t see them for the amazing achievements that they are.  Of course, I say that, but in the interest of full disclosure I should tell you that I would qualify for the most impatient person in the world award.  I want him talking NOW, for Pete’s sake!!  I want conversations!  I want more from him!  More, more, more!!!

But I think this past year, more than any other year, I have learned patience.  We started the year around his tenth birthday at a very troubling place.  His self-injurious behaviors were being managed, but very carefully, and with great difficulty.  But the most troubling thing to me was how much he had withdrawn.  He has always been a mama’s boy; when the world was too overwhelming for him to manage or become involved in, he was still very attached to me.  We were buddies; we’ve always been buddies.  He has always been very affectionate and loving with me.  But, around his tenth birthday, he wanted less and less to do with me.  I wondered if this was part of his age, and in a neurotypical child this wouldn’t be so alarming.  But, quite honestly, you really don’t want your child with ASD to withdraw any further; the idea is to get them MORE interactive, not less.  But he started spending more and more time in his room, alone, or in the TV room, alone.  And whenever my husband and I would go to him, he would get up and leave the room.  I’ll be honest: it scared the daylight out of me.  I was losing him even further.

Enter our new biomedical intervention.  This one was specifically targeted to aim at gut bugs, and since I have known for years that my son’s self-injurious and aggressive behaviors were caused by gut bugs, I jumped right in.  The first thing I noticed was, it got easier to manage his self-injury.  In fact, it seemed almost too good to be true.  His headbanging now is very rare, and only rears its head again if I have gotten lazy with his doses. 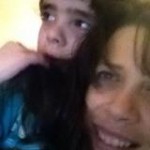 But the best part is, it brought my son back to me.  S-L-O-W-L-Y but surely he started coming out of his room, coming into the room with my husband and me, and seeking our company.  It took a couple of months on this treatment, and if I hadn’t been paying attention I may have missed it at the beginning, but I soon noticed while my husband was at work, my son was staying in the same room with me all day long.  He would sometimes retreat when my husband got home, but then, eventually, he started staying in the room hanging out with the both of us.  Now he is probably hanging in the same room with us 95% of the time.  Not to mention, he is seeking us out to be his playmates!

Those are the first of several changes this year — again, changes that may not be seen with the impatient, I-want-full-recovery-and-full-recovery-only eye — but some amazing things that, when I can allow myself to accept them for what they are, are amazing, beautiful gifts that I cherish and value — more than if my son had won a Golden Glove.

One recent evening was particularly special.  My husband had disappeared, and I went looking for him and found him sprawled out on the bed at an hour much too early for bedtime.  As I was asking him what in the world he was doing, my son was right on my heels, coming to see where Daddy was as well.  We both jumped onto the bed  and sprawled out lazily.  My son indicated he wanted to play his favorite tickle game.  But, before I could tickle him, my husband made a snorey, grumbly, growly sound.  My son looked at me wide-eyed, and I whispered, “I hear a monster… Daddy’s a MONSTER!!”  My son smiled really big and repeated, “Daddy’s a MONSTER!”  I whispered, “I’m not scared!” and he echoed, “I’m not scared!!”  He sat up and got in my husband’s face, whispering, “Monster, monster, Daddy’s a monster!  Daddy’s a monster!”  And of course, my husband started growling even more, and he became a tickle-monster!  We had such a good time, a few good moments worth of silly, monstery fun.  I think it’s a few moments I will remember forever.  What I witnessed were some amazing achievements; my son’s whispering with me that Daddy was a monster was as close to a conversation as we had ever had.  Yes, it was echolalia, but he wasn’t mindlessly echoing me.  He knew what he was saying and the intent was to participate in the conversation.  My son playing along with Daddy being a monster?  That was pretend play, folks.  PRETEND PLAY.  Most of you know that with autism, the achievement of pretend play is MONUMENTAL.  Huge. Something to be celebrated.

In addition, he is starting to show more interest in things besides Sesame Street. (YESSS!!)  He walked all through Target yesterday repeating, “BICYCLE! BICYCLE! BICYCLE!”  I think I know what he wants for his birthday this year. (I think everyone else who was in Target yesterday knows, too.)  Instead of putting a Sesame Street DVD in my shopping cart like he always does, he put a ball in instead.  He’s just recently started enjoying playing short games of “catch” with us in our living room.   He has also very recently begun to “get” the jokes and laugh at things he sees on TV (that are NOT Sesame Street)!  Let me tell you, my heart LEAPS when I see him laugh at something appropriately!

Don’t get me wrong; we are still dealing with our struggles.  This fall has brought with it some viral issues that we are still working to get a handle on.  We are still a long, long, LONG way from recovery.  But I am learning that he doesn’t have to recover quickly.  That “window of recovery” that people tell you about — if your child doesn’t recover before he is five, he never will — is absolute hogwash.  I saw my son make huge, fast gains with homeopathy, only to experience regression soon after and end up worse than he was when he started.  I think that, for him, because of the depth of his injury, slow and steady progress will win the race, and that  is what we have seen this year, slow and steady progress. The most important thing to me is to see him pain-free and happy, and we are getting there.  And if we achieve recovery at age 30, well, hey, that’s still recovery, right?  I’m learning to be happy with the little gains he makes. I think this past year has been his best year ever. 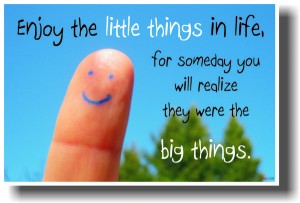 I can’t wait to see what this next year brings.  One thing is for sure:  I will be watching for those little things, and appreciating them for the amazing things that they are.  That’s what keeps me going.