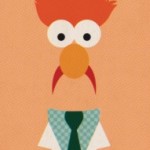 For the past few years, I have been researching the ins and outs of how our bodies handle toxins and where those toxins come from. When I come across an ingredient I cannot pronounce, a chemical I have never heard of, or an unintelligible acronym, I do what any person (I hope) would do . . . I Google it!

Recently, I came across this list on the CDC’s website that shows the ingredients in vaccines on the market in the United States.  These ingredients have been of concern to me after learning about many children who have regressed after vaccination, many of whom also have mitochondrial disease, immune deficiency or other metabolic and immune challenges. It has led me to wonder, is there possibly an ingredient in the vaccine that could cause a child to have a reaction that leads to regression? 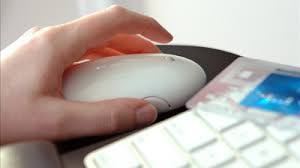 Two of the many ingredients listed which I was unfamiliar with seemed like they were written in code, but what caught my eye was these words: “human-diploid fibroblast cell cultures.”  Did that mean what I thought it meant? I’d better look this one up!

So I researched them, and here is what I found:

The vaccines that contained these ingredients include:

“The MRC-5 cell line was developed in September 1966 from lung tissue taken from a 14 week fetus aborted for psychiatric reason from a 27 year old physically healthy woman. The cell morphology is fibroblast-like. The karyotype is 46,XY; normal diploid male. Cumulative population doublings to senescence is 42-48. G6PD isoenzyme is type B.”

“The WI-38 cell line was developed in July 1962 from lung tissue taken from a therapeutically aborted fetus of about 3 months gestational age. Cells released by trypsin digestion of the lung tissue were used for the primary culture. The cell morphology is fibroblast-like. The karyotype is 46,XX; normal diploid female. A maximum lifespan of 50 population doublings for this culture was obtained at the Repository. A thymidine labelling index of 86% was obtained after recovery. G6PD is isoenzyme type B. This culture of WI-38 is an expansion from passage 9 frozen cells obtained from the submitter.”

Sooooo, if I am reading this right, two of the ingredients in vaccines that we give babies, toddlers and children, contain aborted fetal cell from the 1960s? Ummmm. I don’t think I was INFORMED of that prior to my child receiving said vaccines, were you?? What is more troubling to me than that (along with the moral, ethical and religious ramifications) is that the information provided about these cells is very limited, meaning if they were “tested” to be safe and healthy in the 1960s, are they necessarily safe and healthy cells in today’s world? And what is the impact on a human baby being injected with another fetus’s (possibly of a different sex) cells? Is it possible that the baby’s body may think they are foreign and attack them? Is it possible the baby’s body may get confused and attack its own cells? Is it possible the fetus’s DNA from these cells can recombine with the baby’s cells and insert its DNA?

I am a Christian woman, not Catholic, but consider myself a moral and ethical person with moral and ethical beliefs.  I have asked a number of my Catholic friends about their take on this information, thinking surely in their church community it is an open discussion topic, based on the Catholic Church’s beliefs on abortion. I have been met with shock and awe. I have not found a Catholic friend yet, who is aware that these ingredients exist in vaccines, let alone the impact on the church’s (and their) belief system.

As I continued to dig into these ingredients, I found on the CDC website this statement (giving me pause and reassurance that someone, other than myself may be questioning this). I went on to find this statement from the Vatican (again proof that there were other thinking moms out there, well before this came on my radar!) I also found this post by a priest who also has a science background and who encourages vaccination “because vaccinations are critical to preventing very serious, life-threatening diseases, and to safeguarding large segments of the population from cataclysmic disease outbreaks and epidemics.”  It blows my mind that even those in the priesthood believe that God got this whole immunity thing messed up when he created us and that vaccines are the only thing that will protect us. 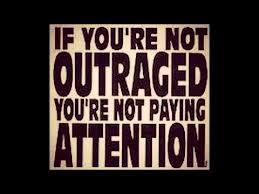 As I kept digging and searching I came across Dr. Deisher’s research. Dr. Deisher founded a company called Sound Choice Pharmaceutical Institute to promote consumer awareness about the widespread use of electively aborted fetal material in drug discovery, development and commercialization. I came across this presentation Dr. Deisher presented in 2013 at Autism One, concluding that autism change points correspond to switching from animal to human fetal cell lines for vaccine manufacturing.

You can also watch here Dr. Deisher’s testimony at the Minnesota House of Representatives on vaccine safety.  She presents research demonstrating a link between the rise in the rates of autism and the use of aborted fetal cells in the production of vaccines. 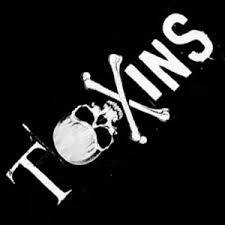 Did you know there are aborted fetus cells in your child’s vaccines (and if you vaccinated your child, like we did, those cells have been injected into your child’s body)?

And if so, do you think it is safe? Or do you take pause, like me, and wonder what the impact on an entire generation of children may be?