This is not aimed at anyone in particular, so please don’t think it is. I am seeing this vaccine argument all over my newsfeed lately, and I have to put in my two cents.

If you’re pro-vaccine, I get where you’re coming from. Up until last year, I was right there with you. Some of my older friends might remember I used to joke about how stupid “the anti-vaccine movement” is. I used to mock them. I would roll my eyes at parents who claimed vaccines caused their kids’ autism. I figured they were understandably angry and full of grief, and looking for someone or something to blame for a mysterious disorder for which a cause cannot be found. I have two children with autism. I get it. And yet, “science” had “proven” that vaccines don’t cause autism. So I figured these paranoid nuts needed to let it go, and move along and find someone or something else to blame. After all, my own sons had only received a few vaccines as babies, before an out-of-state move and some other life circumstances disrupted our check-up schedules. I figured nah, vaccines didn’t cause their autism. They didn’t even get all that many.

For those who don’t know our story, here it is in a nutshell: I have two sons who were diagnosed with “profound and severe autism” at age two. Both of them. I was told they would possibly never talk, never be able to attend regular school with “regular” kids, and so on. It was not a case of a “quirky personality” or “maybe Aspergers” like some kids have. It was not poor parenting or lack of enough attention. It was severe, classic autism. The kind of autism parents have nightmares about their babies getting. 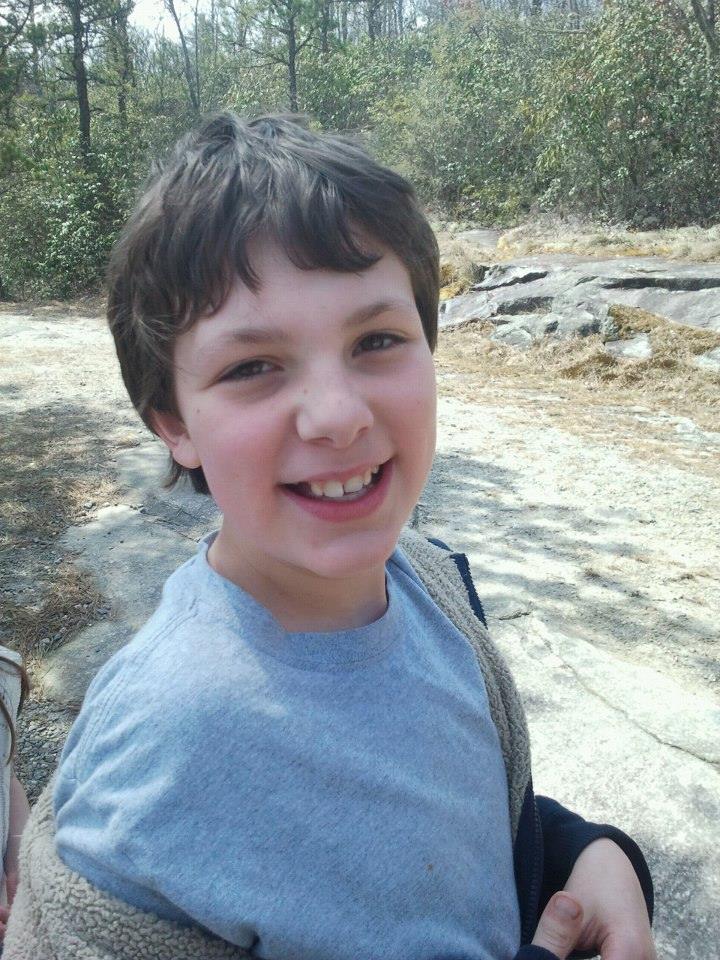 But after a long, hard road and a lot of work, my sons did learn to speak — not always perfectly, but they could communicate. They can, with help, attend regular school. I felt very very lucky.

Then last year, I was ordered to get William the TDaP vaccine. He would not be allowed to start sixth grade without it. For some reason I felt hesitant . . . I put off getting it. I had a weird feeling. But the school persisted and finally sent me a threatening notice. I couldn’t put it off any longer. I talked myself into it. I said, “Well, he’s made so much progress over the past few years. School did that for him! And he’s almost 12 now. What harm could come from vaccinating a 12-year-old? Even most of the anti-vaxxers claim that the problem is introducing too much “stuff” into immature immune systems. He’s almost 12. Okay. I’ll do it, so he can stay in school.” I didn’t qualify for the religious exemption, and I detest lying.

I took him to the doctor and got him the shot.

As we left the doctor’s office, he was crying uncontrollably and hitting himself. William never does this. He is normally my strong, stoic child. But I figured well, he’s autistic and he’s upset that I just let them jam a needle into him. He’ll calm down in a little while.

The fit lasted all night. And I began to notice that he couldn’t talk. All night. He would struggle to put together a basic sentence, the kind he had been saying for years, and he couldn’t get more than an isolated word out of his mouth.

I thought, “Man, he is really pissed about that needle. He’ll be better in the morning.” 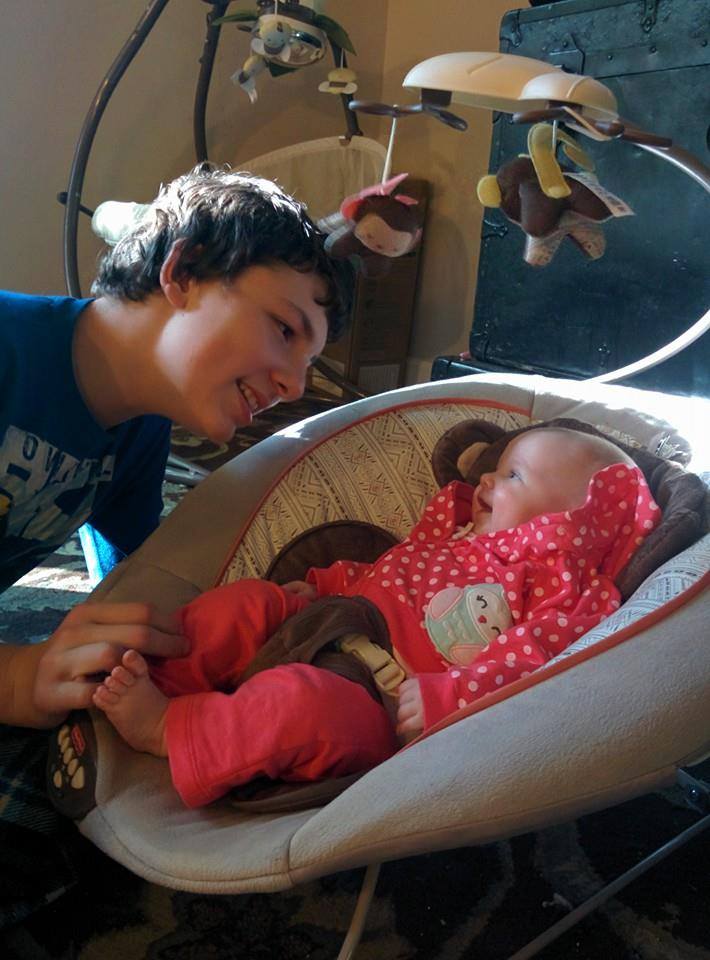 William with his baby sister

He wasn’t. For several weeks his behavior at school deteriorated. My normally happy child was miserable. He couldn’t communicate any longer. He had lost precious years and years of learning to speak, and could now only mutter “hungry” or “bathroom.” He was frustrated, and I can’t even imagine the amount of grief he must have felt. For years he worked so hard to learn to speak in sentences, only to have all of that progress undone in a single moment. His voice, that he worked so hard to earn, was stolen.

It took him months to regain his speech. Really, I feel like it took the entire school year before he was speaking in his old way once again. I think the worst of it was over in a couple of months, but it was a long time before I heard long, complex sentences from him again.

Yep, this is the type of “vaccines caused my son to develop autism” story I used to roll my eyes at. I can’t prove it, and I knew if I reported it to the doctor I’d be mocked as a paranoid parent. I did nothing. Because I knew I made a horrible mistake that day, and I couldn’t undo it. I can’t sue, because the vaccine companies have legal immunity. I wouldn’t sue my doctor, because he did what I asked him to do. I can’t sue the school, because I could have lied and filled out the religious exemption form. There was nothing I could do, so I did nothing but watch my son struggle and wallow in my guilt and grief. I hate myself for putting him through it. 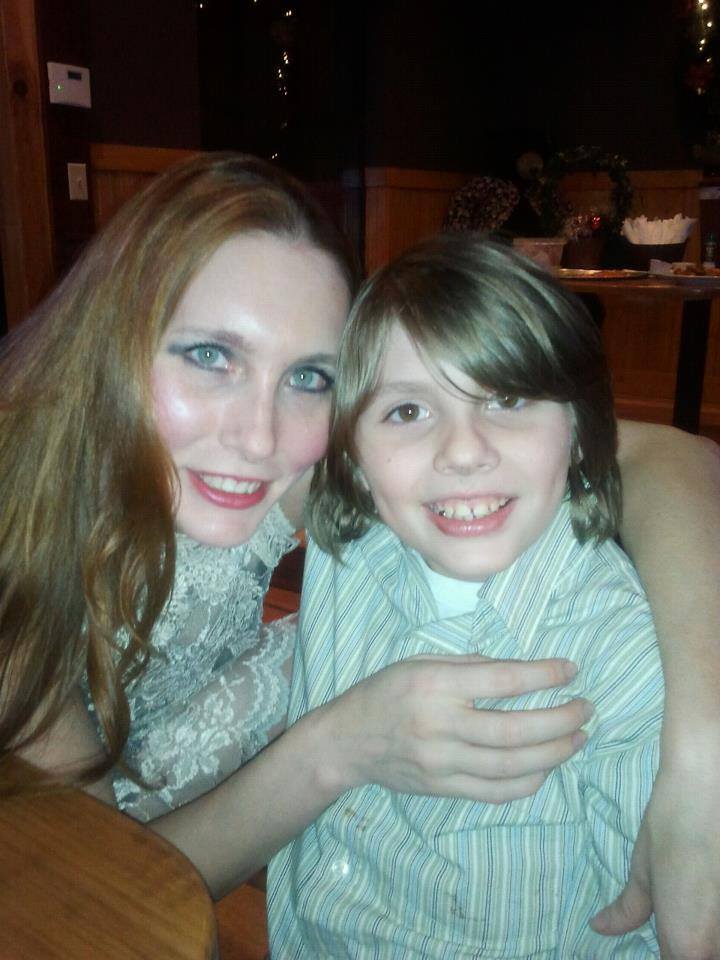 Emily and her son Cameron

But here’s one thing I can do. I can tell this story. Sorry, I know for most of you it’s “TLDR” (too long, didn’t read). But I’m telling it anyway.

I’ll never laugh at an anti-vaxxer ever again. I’m now one of you. I think it’s easy to dismiss the concerns of a parent when their 18-month-old, who barely talked anyway, has problems after a vaccine. But my son was nearly twelve years old. And talking in sentences. And his speech immediately stopped the afternoon he got his shot. You cannot tell me I imagined this.

Cameron won’t be getting that shot. I’m sorry that William had to be our family guinea pig. But Cameron will. not. be. getting. that. shot.

Believe me or not, I don’t care. Science has not proven to me that these vaccines are safe for everyone. You make whatever decision you want for your kids, but no one will ever again tell me what to do with mine.