The Next Step in the Journey

You may remember that I, Sugah, have been reading/researching the brain’s role in the symptoms our children our experiencing in the multitude of childhood developmental diagnoses. Previous journey blog posts can be found here, please read  A New Journey, The Journey Continues and Brain Function Deficits.

I have decided to take my children to the closest Brain Balance Achievement Center for an evaluation. This is not going to be easy as the closest center is 3 hours away. However, after reviewing all the programs available my opinion is that the Brain Balance Program is the most complete option as of right now. It not only covers cognitive training but also sensory motor training as well. They incorporate special diet and a supplemental regimen in order to reduce inflammation providing for an optimal environmental in which to grow new neural connections. And that is the goal. To grow new neural connections so the brain can function the way it was intended. 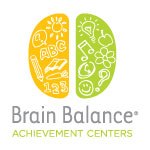 I have found some reputable cognitive training facilities close to where I live, however, I have decided that cognitive-only training will not work for my children. I think a cognitive only training facility would work well for a child who is ONLY experiencing cognitive delays…with no other delays. But that is not my child. He has sensory issues. He doesn’t like loud noises and has a hard time ‘keeping it together’ in loud, noisy places. He has anxiety. He flaps. Et cetera.

Our brains are connected like a big bowl of gluten free spaghetti. The

Cognitive only training facilities assume our brains are like waffles. It assumes that each portion of the brain functions separately and

I hope you are enjoying this journey. I’m going to call and schedule the evaluations this week. I’ll let you know how it goes.

16 Responses to The Next Step in the Journey