When in the course of human healthcare it becomes necessary for one people to dissolve the political bands which have connected them with another and to assume among the powers of the earth, the separate and equal station to which the Laws of Science entitle them, a decent respect to the opinions of educated parents requires that they should declare the causes which impel them to the separation.

We hold these truths to be self-evident, that all children are created equal, that they are endowed by virtue of their birth certain unalienable Rights, that among these are the right to a healthy life free from the tyranny of untested preventative medicine and a life free from chronic inflammatory illness caused by an unaffected and apathetic pharmaceutical oligarchy that receives government endorsement and protection.  To secure these rights, Governments and Institutions are created deriving their just powers from THE CONSENT OF THE GOVERNED. Whenever any form of Government becomes destructive of these ends, it is THE RIGHT OF THE PEOPLE to alter or to abolish it, and to institute a new Government, laying it’s foundation on such principles and organizing it’s power in such form, as to them shall seem most likely to preserve the Safety and Health of their children. 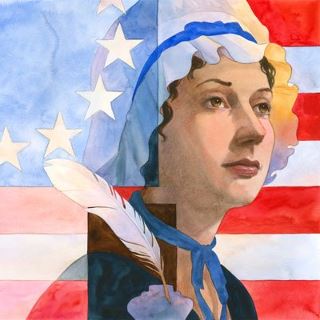 Prudence, indeed, will dictate that the Pharmaceutical Industry, Medical Institutions, and the Government long established should not be changed for light and transient causes; BUT WHEN LONG TRAINS OF ABUSES AND USURPATIONS, pursuing invariably the same object evinces a design to reduce these children under absolute Medical Despotism, it is the parents’ right, it is their duty, to throw off such a government and it’s corrupt and unholy counterparts, and to provide new guards for the future health and well being of their children. Such has been the patient sufferance from these parents, The Thinking Moms’ Revolution, and such is now the necessity which constrains them to alter their former Systems of Government, Healthcare, and Educational systems.  The history of the present authorities is one of repeated injuries and usurpations, all having in direct object the establishment of an absolute tyranny over all families held to the rigorous and untested pseudo-scientific assertions of the CDC and the most powerful and wealthiest lobby in Washington, the Pharmaceutical Industry.

To prove this, let facts be submitted in a candid world.

With the assertion of Unavoidably Unsafe, The Pharmaceutical Industry, Medical Institutions, and the American Government have refused to listen to the people they claim to protect.  They repeatedly refuse the most wholesome and necessary policies required for the public good, reinforcing the notion that very few may become ill and die for the good of all.  In practical real world application over half of our precious children will become ill and several will die, for the fallacious notion of the good of all.  These are the principles of a corrupt, immoral, and bankrupt nation.

The Pharmaceutical Industry, Medical Institutions, and the American Government have failed to pass laws for the accommodation of large districts of chronically ill and neurologically damaged children, children who have been irrevocably harmed by the products they manufacture and proclaim mandatory for the consumer public; products that are not tested for combined efficacy.  Products that kill and maim many children according to sound and accurate science performed outside of this country and by academic and research institutions free from Pharmaceutical Influence. 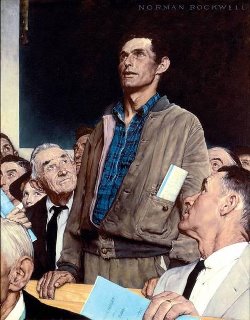 The Pharmaceutical Industry, Medical Institutions, and the American Government have repeatedly discredited organizations, research studies, physicians, and citizens opposing the notion that they, and they alone, know what is best for the people they claim to protect, repeatedly citing the science they themselves perform, promote, and proliferate. Science that lacks a fundamental component: A control group. All science currently published in support of the current vaccine schedule lacks a placebo/control group.  Thereby nullifying its validity and bringing the motives of its promoters and defenders into question. Such science, brought under the scrutiny of the Thinking Moms is without merit and shall be denounced publicly.

The Pharmaceutical Industry, Medical Institutions, and the American Government have repeatedly usurped and controlled the media message, presenting half truths and falsehoods about the thinking parents, and by extension, Thinking Moms, and other reputable consumer safety advocacy groups and individuals, professing our message is unsound and without scientific merit.  At present, over 55 studies exist demonstrating a strong link between vaccines and autism (also known as vaccine encephalopathy). They are not permitted publication in medical journals or scientific periodicals because those journals are funded by the very industry those studies indict. Studies formerly published on PubMed and other scientific publications have been removed without proper and formal discourse between those displacing said studies and the American public.  The censorship of intellectual property that pertains directly to the health and welfare of all children is a crime against humanity.

Furthermore, imperative data, pertaining to the health of all American children that was obtained in 2001 at a clandestine meeting between government officials, the parenting community and scientists has been embargoed.  This data from the Simpsonwood Conference and the sealed court documents pertaining to the Poling Case contain valuable medical information that is pertinent to EVERY PARENT.  The Pharmaceutical Industry, Medical Institutions, and the American Government insist we do not need access to these important findings.  This is suppression of medical data that could save the lives of countless children.

In every stage of these Oppressions we have petitioned for redress in the most humble terms: OUR REPEATED PETITIONS HAVE BEEN ANSWERED ONLY BY REPEATED INJURY.  An Industry, Institution, and Government whose character is thus marked by every act which may define a TYRANT, is unfit to determine healthcare policy for a free thinking people. 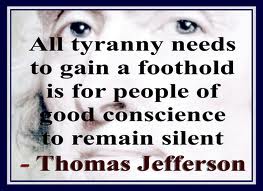 We, therefore, as Representatives of Our Children, Founders of The Thinking Moms Revolution and Citizens of the World, solemnly proclaim, in the name of sound non-pharmaceutically funded science, that our children are FREE from the tyranny of pharmaceutical apathy, exist independent from the litigious dictates of the pharmaceutical lobby, and are absolved of any obligation to the herd, for whom they have already sacrificed their neurological functioning, central nervous systems, mitochondrial function, adrenal processing, and metabolic and methylation pathways.

All political connections between ourselves, and this unholy triumvirate of power and corruption is and ought to be, totally dissolved. Free and Independent Thinking Parents have the full power to levy CIVIL DISOBEDIENCE and protect their children from these systems that proclaim health but instead, proliferate chronic auto-inflammatory illnesses that cannot be successfully treated in any conventional medical facility due to the scientific and intellectual constraints strangling the ingenuous eunuch known as mainstream medicine. 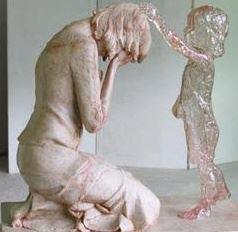 For the support of this Declaration, we, The Thinking Moms, representing thinking people, with full reliance on Real Science, shall take it upon ourselves to educate, investigate, and rigorously pursue any and all treatments for our children who suffer iatrogenic illness.  We promise to share the fruits of our labors with others, to honor one another and all our children.  We uphold among ourselves a conduct and spirit consistent with a Divine Purpose that focuses exclusively on two fundamental goals: the restored health of our children and the restoration of our nation. We will no longer be ignored. When the Pharmaceutical Industry, Medical Institutions, and the American Government prove themselves to be of an openly investigative, non-political mindset that focuses on the health of children rather than the distribution and allocation of profits they may petition us for involvement and inclusion in our global community.  Until then, those of you working within the confines of The Pharmaceutical Industry, Medical Institutions, and the American Government with full knowledge of the corruption and apathy that has allowed the epidemic of autism and chronic illness to reach near pandemic proportions, will be individually sought by our counterparts in law and the non-corrupt sectors of government and tried in a courtroom for your crimes against children.

Consider this a new way of life for the thinking people of this country.  An Official Declaration of Independence and the start of the REVOLUTION.  Our rules, for our children, for thinking people, are now THE RULES.

~ The Rev aka LJ Goes with contributions from Dave Goes

4 Responses to The Thinking Mom’s Declaration of Independence from Medical Tyranny, Institutional Corruption, and Government Apathy