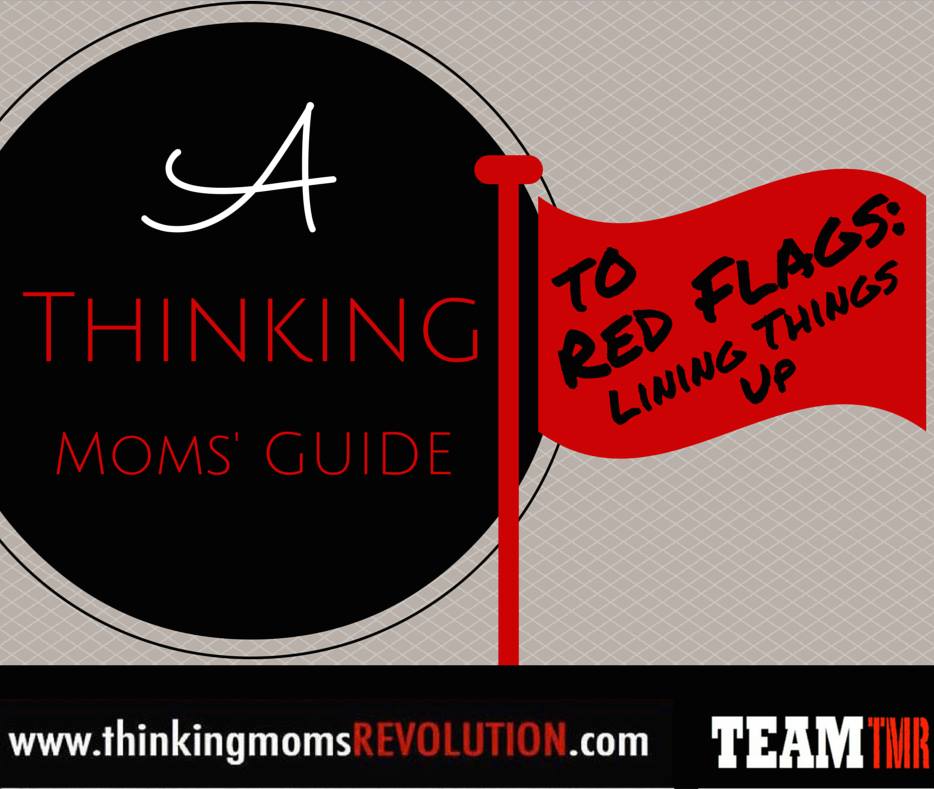 Hindsight . . . I did not catch it at the time, 17 years ago, but looking back at the early warning signs that something was amiss, it is now a retrospective facepalm. I thought it was a sign of brilliance of some sort back then. How could such a young child already be sorting and matching similar objects and lining them all up so precisely? All of the Sesame Street characters had to be together; all of the Teletubbies were together; all of the Matchbox cars were together; all lined up in in artistic arrangements. 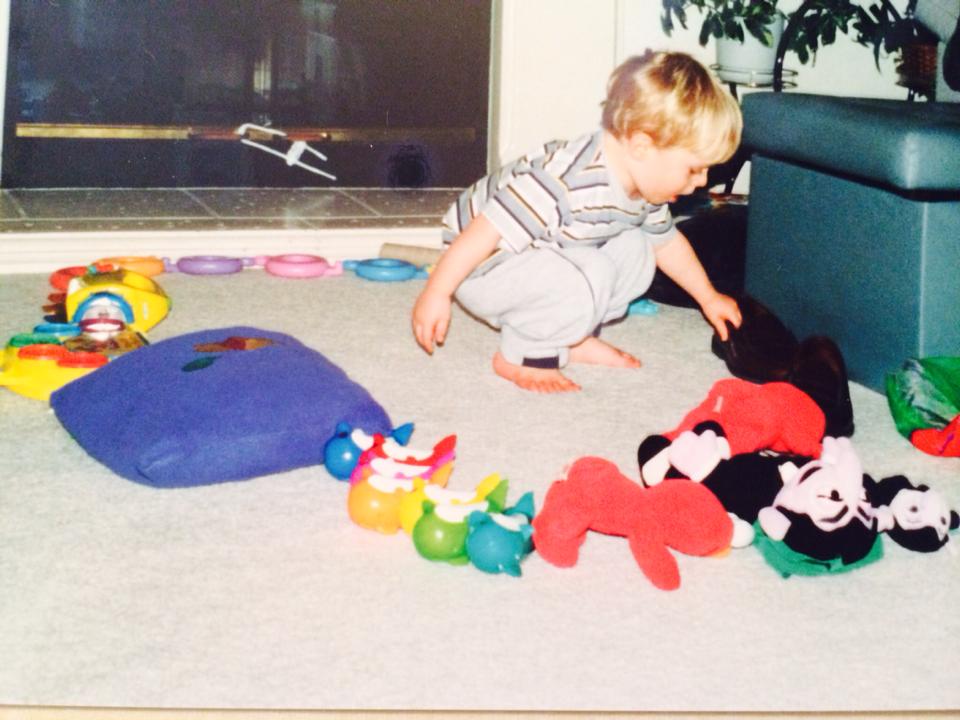 At bath time, my son lined up of the bottles of shampoo, conditioner, shower gel, and shaving cream on the edge of the tub, and all had to be touching, or a tantrum would ensue. And yes, I cringe now looking at all of those toxic products I was exposing myself and my children to. Another facepalm. 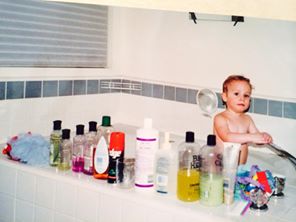 When my son had just turned two, a year before the autism diagnosis, I remember going on a trip from California to visit a college friend in Atlanta. As soon as we got there, he started gathering similar objects and placing them on her coffee table and kitchen table. Matching coasters, candles, and maracas. How cute is that? Say cheese! 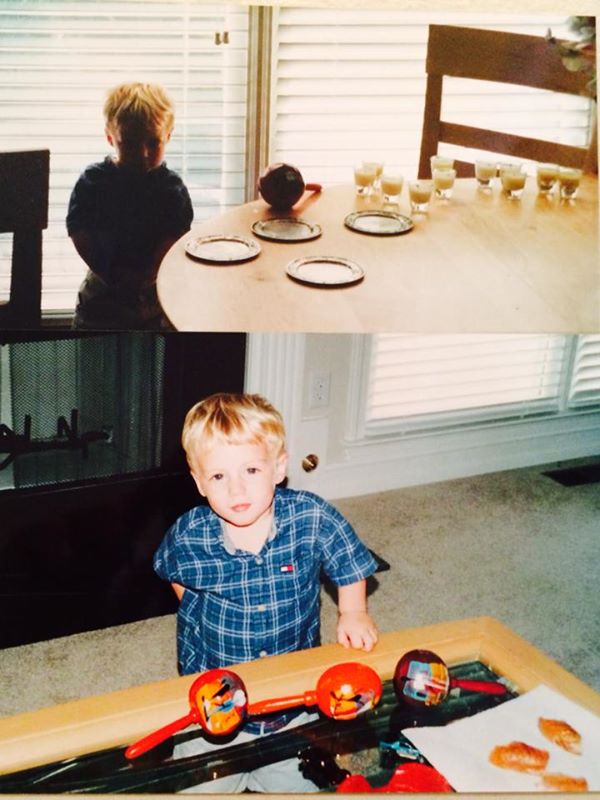 The troubling part was that if the characters, the wheels of the cars, or whatever he was lining up that day were not touching, or if someone tried to move his creations, he would become very upset. We reasoned it away — he was a future artist for sure! A perfectionist! It runs in the family. His great-grandpa was an artist; grandpa was an architect; mom a makeup artist. How perfect! What a prodigy! Or not.

My friend from TEAM TMR, known as Guardian, is a Developmental Therapist with her local school district. She told me that when observing children playing, that the difference between a typical child lining things up (like my younger son, who loved Thomas the Tank Engine) and a child with autism spectrum disorder (ASD), is that the child with ASD will become extremely upset if you interrupt their line, or they cannot be redirected. Their play is inappropriate. It is not imaginative, it is obsessive. 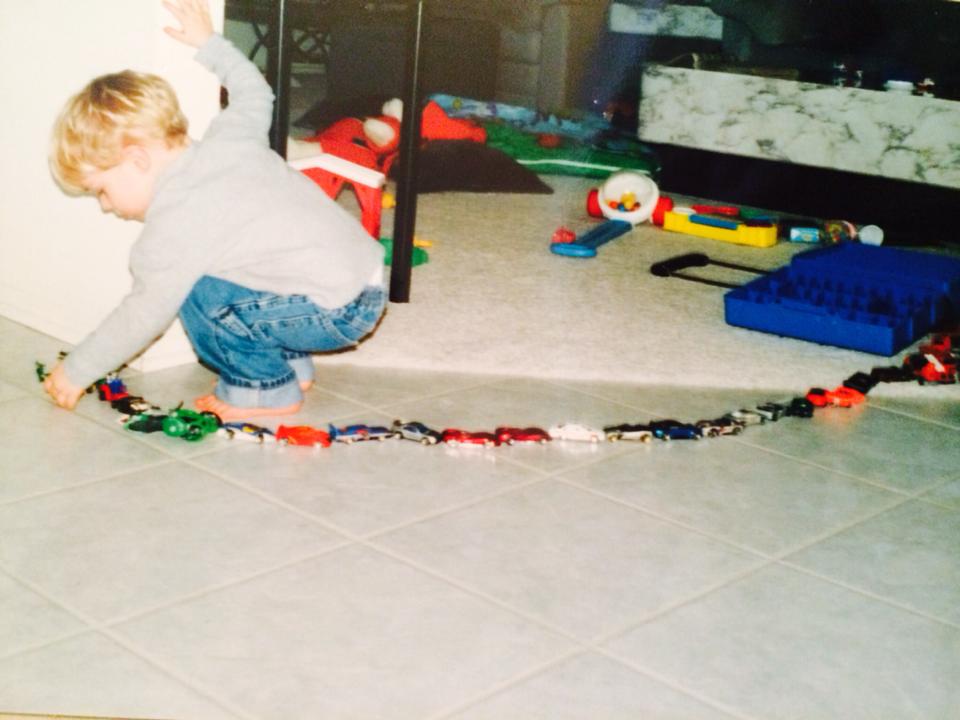 Lining things up is one of the symptoms of PANS (pediatric acute-onset neurological syndrome) or PANDAS (pediatric autoimmune neuropsychiatric disorders associated with streptococcal infections). PANS results when an infectious trigger or environmental factors create a misdirected immune response, resulting in inflammation in the child’s brain. Symptoms include dramatic acute onset of obsessive-compulsive disorder (OCD) behaviors (like lining things up), severe restrictive eating, anxiety, tics, developmental regression, sensory or motor abnormalities and more. PANDAS is specifically when a strep infection is considered the indicated trigger. Sounds a lot like autism, doesn’t it?

Another manifestation of OCD behaviors that hindsight has opened my eyes to was my son’s obsession with turning on certain streets when we drove somewhere in the car. In his mind, I’m sure he thought we were going somewhere that he wanted to go when we got in the car. If I didn’t turn onto a street that led to one of his favorite places, all hell would break loose. Lucky for me, my mom lived with us and was always in the car with me to tend to him as I drove, or I’m sure I would have totaled a few cars by now. Screaming, kicking my seat, hitting the door were common reactions to this calamity. It took behavioral intervention in the form of social stories, picture cards, and verbally telling him where we were going before we left to avoid a meltdown that could last for hours. 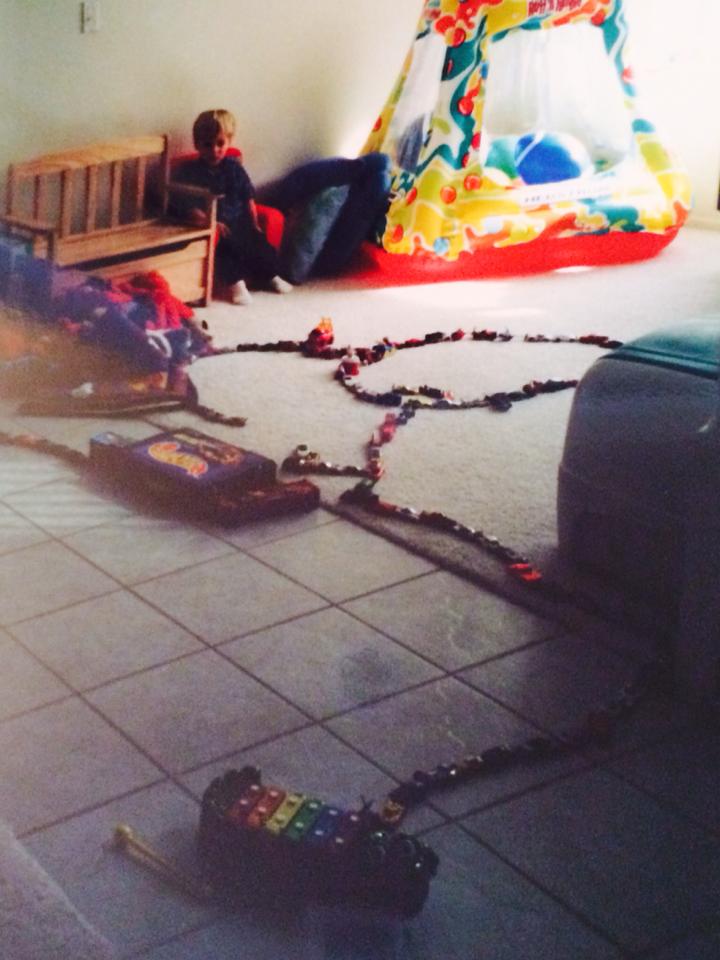 PANDAS wasn’t even a clinical diagnosis until long after my son (who was born in 1998), was diagnosed with autism at age three, although these red flag symptoms started between ages one and two. My son never had strep before these obsessive behaviors started. After supposed strep-induced PANDAS became a clinical diagnosis, it was later believed that multiple infectious agents can be involved in the clinical presentation of an autoimmune brain attack, so they no longer refer to the syndrome as just PANDAS, but the more inclusive PANS. Many children with the same symptoms were not exposed to strep, and many who were exposed to strep did not develop OCD symptoms. Staph, borrelia burgdorferi (Lyme), mononucleosis, mycoplasma, toxoplasmosis and others have all been indicated in PANS. How do you know what pathogen is causing the symptoms, if at all? One begins to wonder, are pathogens in the brain the cause of autism? Are these “syndromes” the same thing as modern-day “autism” with a different name?

Over the years, I have learned many things in this area that have made a lot of sense to me, and the learning never ends. There are different ways for pathogens and toxins to get to the brain. The blood-brain barrier is supposed to keep these harmful, and potentially deadly, pathogens and substances out of the brain, but there are ways to open the gates to the castle. In a recent AutismOne keynote address, Dr. Lawrence Palevsky detailed a number of ways that vaccines are implicated in causing chronic brain inflammation in our children (beginning at 53:15). He explains how certain vaccine ingredients are known to open the blood-brain barrier, allowing in pathogens and toxins. In his presentation, he focused on two aspects that disrupt the blood-brain barrier, inflammation and high sugar concentrations, but alluded to a few others, including ischemia (insufficient blood supply to an organ (editor’s note: aluminum has also been known to make the brain more permeable as discussed in  ). He discusses how live viruses, heavy metals and other toxins can pass directly into the brain via vaccination. I highly recommend watching this video.

The mention of ischemia immediately caught my attention because I have been following the work of the late Dr. Andrew Moulden. Dr. Moulden observed clinical indicators of mini strokes in children and adults after vaccination, caused by impaired blood flow to part of the brain. This deprives cells of oxygen and causes cells to die. The technical name for these mini strokes is transient ischemic attacks (TIA). When there is a TIA in the brain, the evidence of the stroke can be seen in the face. Dr. Moulden discovered a new mechanism for many syndromes which he called MASS (Moulden’s anoxia spectrum syndromes). Anoxia means no oxygen. MASS goes beyond the germ theory of disease (where a certain pathogen causes a certain disease). He found that infectious diseases and germs are not necessarily the direct cause of illness, but that they cause a reaction in the body, which in turn causes the illness. The body’s own cell-mediated (white blood cell) immune response to foreign substances entering the body is causing diseases and disorders, including autism and other neurodevelopmental disorders. These foreign substances include vaccines and other toxic substances in our food, water, and air, which can all trigger a MASS reaction.

Pathogens can establish themselves in areas where there is ischemia and microvascular damage, preventing white blood cells from reaching the pathogens. There are certain areas of the brain called watershed areas, where there is only one way in (like the speech center). When there is excessive immune hyperstimulation, unusually high levels of white blood cells enter the bloodstream, causing blood sludging and clotting at the microvascular level of the capillaries, resulting in mini strokes that damage neurological and organ function. You can read more about Dr. Moulden’s discoveries here.

Another way for pathogens to enter the brain is through the olfactory pathway, or being breathed in through the nose. There is a good article in Scientific American called “When Viruses Invade the Brain: Neurodegenerative Diseases may Result from a Nasal Infection” that explains how the nose is a highway to the brain. In my own book, The Other Side of Autism, I discuss how other pathogens of the genetically engineered variety enter through the nose and cause problems.

As recently as June 1, 2015, researchers from the University of Virginia School of Medicine published the discovery of a missing link between the brain and the immune system. They found that the brain is directly connected to the immune system by lymphatic vessels not previously known to exist. The brain’s lymphatic vessels follow a major blood vessel into the sinuses. New pieces to the puzzle are always being added.

What does all of this have to do with a child lining things up? Lining things up is a red flag, a symptom of something else going on: brain damage, pathogens, and toxins in the brain causing the symptom of OCD behavior. Lining things up is a very common symptom of children who are later diagnosed with autism. Other manifestations of OCD behavior in children and adults with autism include arranging, ordering, counting, touching or tapping, and watching the same parts of videos repeatedly. Symptoms of OCD include ritualized, repetitive thoughts and behaviors. In autism, repetitive behaviors are common, so they overlap with OCD. The repetitive behaviors can neutralize fear and anxiety, modify sensory input, and preserve sameness and order in the lives of people with autism.

How would a person with these symptoms be treated? It depends on who you seek treatment with. If you go to a western allopathic medical doctor, your doctor will likely try to treat the symptoms with SSRI drugs, or possibly antibiotics if he or she believes that strep is the cause, and possibly behavioral therapy. Most medicines don’t cross the blood-brain barrier, so they defeat their own purpose if there is a brain infection and/or brain damage. There are other ways to test for and treat these sorts of things in the alternative medicine arena, some of which I’ve done with my own child. Many alternative practitioners have been harassed lately, with some dying or disappearing under mysterious circumstances (including Dr. Moulden). Is it because they oppose the lucrative treatments approved by large pharmaceutical corporations?

Please be on the lookout for this and other red flags in this TMR series in your children, and in children close to you. Then seek help and treatment right away!

Ten of Swords (All lined up!) 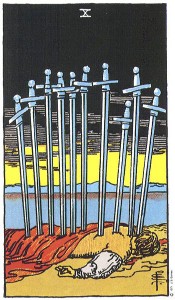 The worst it can get. Loss. Defeat. But with all endings, come new beginnings.