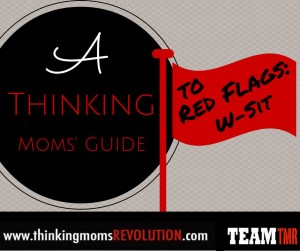 There are hundreds of blogs and websites restating the obvious – many kids across the development spectrum sit “W style”– as well as the oblivious.  Is waiting to address a concern until after age 3-4, when walking milestones are solidly developed, appropriate? The doc isn’t concerned, why should I be?

My gut said something was different with Crash at 4-5 months, and it was confirmed over the next year. Crash’s struggle with infant gross motor skills earned us twice weekly physical therapy at 7 months, extended to 14 months. We were introduced to our first sub-specialty practitioners, a physiatrist and an orthotist. They prescribed and created foot braces or Ankle Foot Orthotics (AFOs). Crash was finally able to  toddle/walk/run independently. The delayed gross motor skills eventually carried over to delays in speech, fine motor coordination, and trunk support, all of which remain contributing factors in her functionality today. 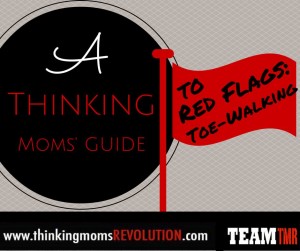 Let’s start with basics of what RED FLAGS to look for:

Yearly tip: *take a picture of lower legs from behind and one from each side, look for differences 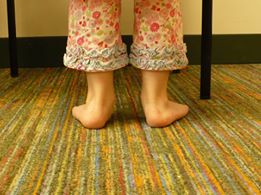 Our body is mostly a symmetrical physical structure; our movement should be as well.
Bones are the framework holding the moving pieces in the proper position. Bones out of alignment shift your center of gravity or weight-bearing foundation. Holding the bones of lower extremities in alignment is the job of the muscles, ligaments and tendons. But what happens when muscles are weak or ligaments are loose? Check out Dr. Nuzzo’s site for detailed knowledge on gait, momentum and everything else to see if your child is walking or stepping. I’ll skip to the tricks.

We learn to compensate or trick our body into giving stability. Two tricks to give an object more stability are to widen the base or make the structure more compact. I needed a physiology lesson — early walkers and toddlers figure out this trick of nature. Widening the base while in motion can be as simple as placing the feet wider apart than the shoulders. Or slowing the pace of gait to ensure stable footing. When stationary, the most stable position can be sitting with hips and thighs splayed out to sides with foot arch and ankle flat — the leg position resembles a “W” from above.  I also observed Crash sitting with legs tucked under the hips and trunk – trying to compact her base. If your child is doing these, he or she may be lacking in natural muscle tone and stability. 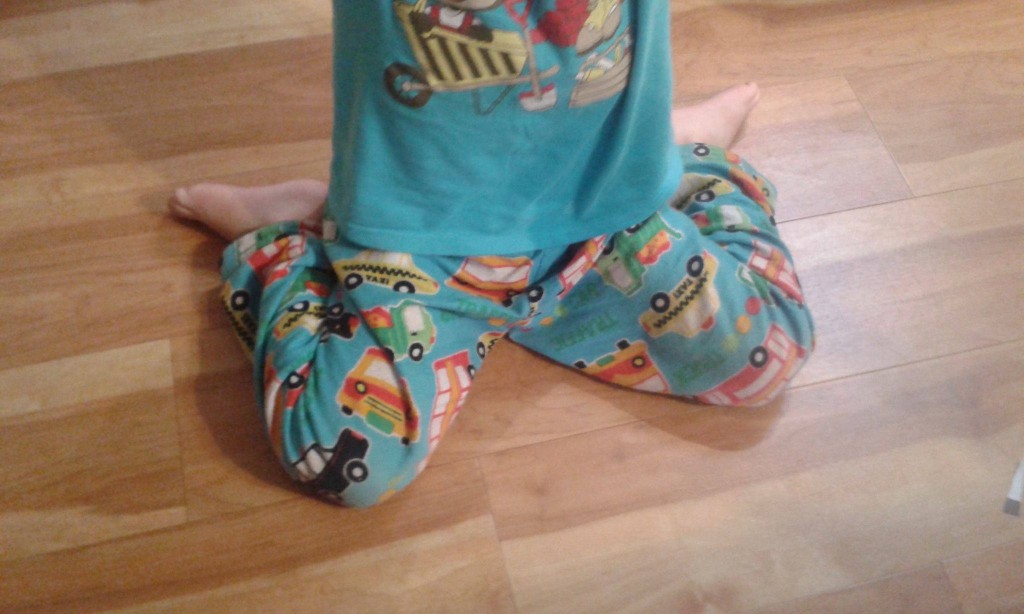 “Tone” is a measure of the muscle’s ability to sustain a contraction (or do work).  Low tone means that the muscles are naturally a little too relaxed.  Muscle tone is a result of electrical activity through the motor neurons.  If the nerves are not firing often enough, or the feedback loop to the brain isn’t timed properly, the result can be low muscle tone and a decreased ability to do physical activities.  In the W position a child is closer to the ground and on a more stable base, both of which decrease the overall amount of work the muscles need to do for the child to maintain a sitting position.  Increasing muscle tone is also possible if you shorten the distance, or contract the muscle, like going up on toes (which contracts the muscle, increasing tone). You also need to know, children’s bones grow at a faster rate than the muscles stretch (finally, a REAL explanation to growing pains!). 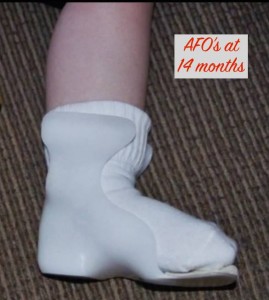 Development evolves in mostly same sequence, but it is always on our own personal timeline. Crawling prior to cruising, while walking leads to  running. Each new achievement overlaps each previously mastered skill.

I strongly suggest evaluation and data collection if you have any concerns or questions. An evaluation by an occupational or physical therapist is a valuable resource, even if therapy sessions are not necessary.  Track your child’s milestones, but also note when quirks are observed:  tippy toes unexpectedly, which foot goes first on steps or climbing, or if child prefers to sit W or flat out refuses to sit other styles. Arm yourself and your doctor evidence of your child’s successes and challenges.

In addition to the usual physical and occupational therapies, you might want to investigate reflex integration.  We know that low tone means that there isn’t enough electrical traffic going over the neurons controlling the muscles.  That means it’s likely that at least some of the infant reflexes have not matured and integrated at the appropriate times.  Correcting the function of those reflexes can increase muscle tone and make encountering other developmental issues less likely in the long run.

The Difference Between Muscle Tone and Strength

One Response to Thinking Moms’ Guide to Red Flags: W-Sitting and Toe Walking