To Tell The Truth…. 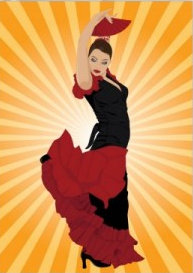 Saturday was the National Tell the Truth Day.  I was too busy taking care of my sick children to write a post about it over the weekend though.  I really wanted to because the thought of certain people who won’t tell the truth has nagged at me for some time.  I was prepared to write about this because the majority of Ronan’s struggle through this autism and vaccine injury journey has had me seeking the truth for several years – truth from medical doctors, educational administrators and in various mainstream media outlets and sources.

What have I found instead?

Where’s the truth about our children and what happened to them.  What’s the real cause of the rising autism numbers?  Whose going to finally recognize the correlation so many parents have already made?  When is the honesty in reporting autism-related neglect and abuse ever going to truly start?  Where are our families going to go when we each run out of our own personal resources?  Who is going to give us any respect and reach out to help?  It sure didn’t happen on Tell the Truth Day.

Today was a good day to talk about the truth.  Today was the day that several groups in our community went face-to-face with those who should be talking to us about our children especially about what happened to them.  From an Age of Autism article posted last week, today is when “…the Interagency Autism Coordinating Committee will be holding the first meeting of the newly empaneled members.  The Autism community will be showing up to let them know that their actions have been wholly unsatisfactory.”   Why would we be asking the autism community be rallying together at such an important government-run meeting?  Well, again from that AofA post, “Six years and almost a billion dollars later, Insel has not only failed to produce even one medical intervention or recommendation to prevent or treat autism, the autism rate has DOUBLED on his watch.”

Not one medical intervention.

Not one medical recommendation.

Nothing notable to help prevent autism.

And nothing notable to treat it either. 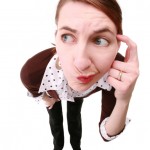 I’ll tell you what did happen.

They turned away from the very people in desperate need of help.

What do you think we in the autism community did about this?  We banded together.  Parent-run organizations and grassroots efforts sprung to life.  Even though we families sacrifice so much already, we gave more.  We had to, and in six years our community has grown louder.  We advocated because no one else would.  Just as the autism rates skyrocketed, so did our strength.  We didn’t want for it to grow, but it did.  It grew right before our eyes, and right before the eyes of the very people who were told to make it stop.

Or at least to make it better.

Children continue to fall onto the spectrum.  New families are discovering that awful feeling of being forgotten.  Entire families suffer from neglect, rejection and isolation.  Our autism community took them in though, because there was nowhere else for them to go.  We had to because the autism rate doubled in six years.  And we were all forgotten.  Six years and no answers.  And no useful resources.  Six years of wasted time.  The clock continues to tick.

What did happen in six year’s time?

1 in 22 children in New Jersey alone are dependent on a system that doesn’t seem to care.

Today is the day we wanted to do more than just listen.  We can’t continue to listen to what the paid spokespeople continue to promise.  Promises haven’t made perseveration, self-injurious behavior, non-verbal, diaper-dependent teenagers grow into law abiding, tax-paying, independent adult members of our society.  Promises haven’t brought interventions to curb the astronomical spending it takes to appropriately educate 1 in 88 children.  It sure didn’t provide treatment for those 1 in 54 boys.  And it hasn’t shrink those autism numbers for any of the states across the union!

One billion dollars spent how?

Or for the needs of our community?

Not yet.  And, at this rate, maybe never.

We want the truth.  We want it now.  We needed to hear it years ago.  We’ve waited long enough for it.  Today we were done waiting.  Today was the day we will demand it.  We stood up and demanded those answers.  Answers that have been kept hush hush, or dismissed or purposely pushed aside.

For those who couldn’t physically be with at the IACC meeting in Washington, D.C. today we’ll shared what we’ve learned from the meeting.  We sure won’t leave you in the dark as we have been left in the dark by others who had the chance to never let this happen.  Follow the updates from the groups who were able to attend and hear how our community did stand up and speak out:  Age of Autism, Autism Action Network, Autism One, The Canary Party, The Center for Personal Rights, EBCALA, SafeMinds, Talk About Curing Autism.

Know that many in our community went to the nation’s capital on a fact-finding mission to make sure our children’s needs were addressed.  Until we hear our issues are acknowledged, pray that our children and our families don’t have to wait any longer for the truth.

If you want  to send a message directly to our state representatives about how the autism epidemic truly is a national crisis, you can click HERE.

8 Responses to To Tell The Truth….