“Hope begins in the dark, the stubborn hope that if you just show up and try to do the right thing, the dawn will come. You wait and watch and work: You don’t give up.” ~Anne Lamott

I am just a mom.  Before sitting down to write this I had just returned from taking my kids to swim team practice, and I need to leave soon for our weekly trip to the library.  I’m on the PTA board.  I organize the neighborhood Fourth of July bike parade.  I help my kids with their homework.  I long ago stopped watching TV because I can’t stomach the news anymore and therefore know little of what goes on outside my bubble that is my suburban life, albeit a life with autism.  I have bigger fish to fry around my house than to be 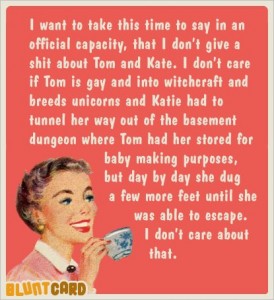 concerned with what is going on in the local news, or who is going to win the next American Idol.  I have a son to recover.  My sole mission is to make his life the best it can be.  I study and read medical journals, research interventions and advocate for him at our school and in our neighborhood so that he has the best shot at an independent life that he can have.  On the local front when it comes to my son I am a rock star.  When it comes to the bigger picture of autism advocacy? Not so much.

But then it happened.  The call was put out to all autism parents who lived in the DC metro area to attend an IACC (Interagency Autism Coordinating Committee) meeting where the Canary Party was going to be protesting Kathleen Sebelius, Secretary of Health and Human Services, and the inept IACC.  The premise was that we would turn our backs on Secretary Sebelius the way she has turned her back on 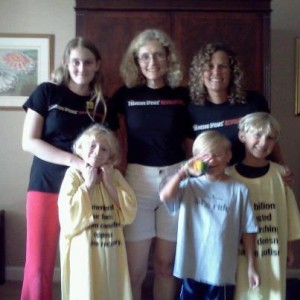 the autism epidemic. Anyone who could possibly attend was encouraged to get to DC to demand that the panel take the autism epidemic seriously.  I answered the call, along with The Professor who made the trip down to Washington with her children from NYC.  Political activism is well out of my comfort zone, but the more I learned about the IACC and the lack of accountability plaguing this committee, the more I knew I had to go.

So this suburban mom packed her kids in the car and went to Washington.  Armed with some snacks, my phone, a mess of silly bands, a squishy brain stress ball and little else I headed to the Canary Party press conference. I had no idea what to expect but knew it would be an adventure, especially with two kids in tow.  I was more than impressed by the message being sent out by the autism community. 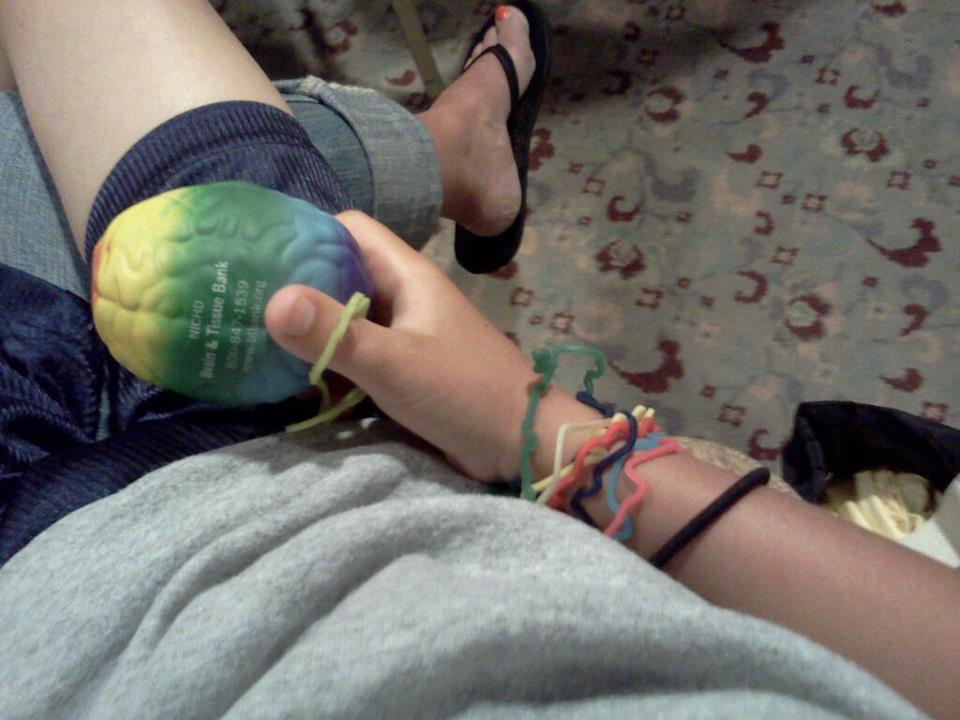 I was unable to attend the morning session of the IACC meeting with my kids, however Dan Olmsted has written a full account of the day’s events at Age of Autism. I was able to listen to a portion of the meeting at home before we left for the noon press conference. What I heard was appalling. At one point, after two committee members mentioned the urgency needed in addressing the autism crisis, Kathleen Sebelius actually stated that she ‘appreciated’ the parents’ sense of urgency, but that the IACC was doing it’s job and they are on top of this autism thing. Yeah, right.

Speaker after speaker expressed their outrage at the IACC and the fact that these panel members patted each other on the back during the morning sessions and congratulated each other on a job well done, despite that fact that the autism rate has essentially doubled since the committee’s inception in 2006 from 1 in 166 to 1 in 88.  They were angry that despite the hundreds of millions of dollars spent by the committee, the focus of research has been genetics.  Mark Blaxill outlined the actions being sought by ten national autism organizations.  You can read the letter to Secretary Sebelius here. In general terms they are:

These action items seem more than reasonable to me, and, in fact, seem like common sense.  Why should someone keep their job when they have not accomplished what they were hired to do?  Why 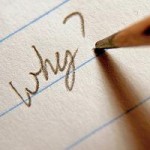 shouldn’t the committee be accountable for their actions or lack thereof?  Why should babies get a vaccine the day they are born that isn’t medically necessary?  These are logical demands that were first presented to Secretary Sebelius on April 4, 2012 in a letter which was completely ignored.  We can only hope that this letter is not disregarded again. We can also only hope that the public will start asking WHY? with us. Think about it… why do we have to continually ask that these seemingly logical steps be taken? Makes me wonder.

Many of the press conference speakers were able to address the IACC during the half hour allotted for public comment.  Overwhelmingly, each public comment demanded that the committee dedicate resources to researching the role the environment plays on autism causation.  Parents want answers to the questions surrounding vaccines and their relationship to autism.  From the public, the direction the committee should take was clear: stop spending money searching for genetic causation and start looking at the environment.  Again, this is reasonable, logical and absolutely necessary for there to be any headway in stopping this epidemic in its tracks.  Mark Blaxill’s public comment sums up the feeling that parents have about the performance of the IACC:

Being at this event in Washington DC was humbling and I, as a parent of a child with autism, cannot thank the Canary Party and EBCALA enough for their work tirelessly advocating for our kids.  All of our kids.  As parents, it is so difficult to see beyond our family and our child with special needs.  And for you parents of children who are unaffected by autism it is even more difficult to see this crisis for what it really is, but the autism epidemic is a crisis of elephantine proportions and these children are going to grow up, get older and come crashing down on the system like a tidal wave.  This crisis affects us all.

Should the number of children affected continue to grow at the rate that it has been, autism will touch us all. Everyone is a stakeholder in this and you will be affected by this crisis in one way or another. Perhaps it will be a grandchild that gets diagnosed. A niece. A cousin. Perhaps it will be the tax burden placed on your children, or your grandchildren for the amount of care that this tidal wave of kids will need. According to the American Psychological Association, it will cost approximately $6 million to support an untreated autistic person to age 50. Not one of you reading this will be unaffected by autism in the end unless we take action NOW to find the causes.  Research dollars should be earmarked for prevention, treatment and recovery. Prevention. Treatment. Recovery.

So what will you do? You Accidental Activists out there… you are being called! If we all take up the mantle and give some small bit of our time, we can make a difference. Get involved with the Canary Party. Write your Congressmen; it actually does make a difference. Or do what I did. Leave your comfort zone and just show up. Bring your kids if you have to. Even if you don’t know the key players, make an appearance. Find some way to let your voice be heard for our children, our grandchildren, our nieces and nephews, our neighbors, our next generation. This is too important to be silent about anymore. 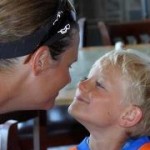 There is one new member in the fray who will just show up, a kid on each side, and will demand that this epidemic be taken seriously.  Count me in.
~Sunshine ☼

22 Responses to Just Show Up