This was the question I got from my seven-year-old daughter just recently.  At that moment, I was more prepared to tell her where babies come from.  My husband and I have always made it a point to talk about her brother’s challenges and answer all of her questions.  She knows he has seizures.  She knows he has diabetes.  Medical stuff is easy to explain. Explaining her brother’s autism has been a little more difficult.

Her life began watching her brother in therapy.  She was a newborn baby at the time when Early Intervention started.  The relentless flow of ABA teachers, speech therapists, physical therapists and occupational therapists.  When she was old enough to walk, she would stand at the baby gate while her brother was with his ABA teacher and protest (quite loudly) that she wanted to be at that little table doing exactly what he was doing.  Even at one year old, she was protective and supportive of her brother.  She learned sign language along with him and, at 8 months old, she knew about 10 signs.

When it was time for her brother to go to preschool, she came with me for the 45-minute drive to the school especially for children with autism.  At age four, when she asked me why her brother doesn’t talk like everyone else’s brothers, we tried to explain it to her the best way we could so she could understand at her level.  She told us it made her sad, but he would talk one day, she was sure of it.  I told her that we were too.  This was followed by a big hug and kiss, and she seemed content with the answers.  But kids are much more inquisitive and intuitive than we give them credit for sometimes.  Since she turned seven this past year, she’s become very wise in her young age, and our simple answers just aren’t cutting it anymore.

I could answer that question in a heartbeat if I were talking to an adult:  vaccine damage,  encephalitis, toxic overload, yeast, bacteria, viruses all creating havoc in the body.  Environmental toxins.  Autoimmune dysfunction. Are these things I can tell a seven-year-old?  How much will she understand?  She knows he can’t talk because of the shots he got when he was a baby.  She understands why we can’t go to the movies because it’s too loud for him.  She’s okay with the fact that we have to leave the park if he has a meldown. Her entire life has revolved around autism, the good and the bad.

So I asked her, “What do you think autism is?”  “I think it’s brain damage.”  Me:  “Why do you think that?”  “Because when we go to the doctor (neurologist), he talks about his brain all the time and that it doesn’t work right.” In her brother’s case, this is part of his autism diagnosis.

Seizures have had a profound effect on his neurologic development.  On every vaccine insert, listed as a possible side effect, is seizures.  That should give any parent a reason for concern.  If you read the paper given to you by your pediatrician, this side effect is written in a very comforting way to lull you into a false sense of security.  It states that having a seizure is very rare, and there’s a good chance statistically that this will never happen to your child.  But what if it does?  This is taken directly from the CDC website regarding only febrile seizures:

“Although febrile seizures can be frightening for the child’s caregivers, MOST are harmless. The MAJORITY of children who have febrile seizures recover quickly and have no lasting effects.”

Let those two words sink in:  Most.  Majority.  Why are we so willing as a society to play Russian Roulette with our children’s neurological development?  I know there are people who will defend the vaccines and claim that they keep communicable diseases under control.  I get that.  Who wants their child to die from the measles?  But you have to ask yourself the question — at what cost?  What about the infants and children who are not lucky enough to be part of the MOST or MAJORITY group?  Jenny McCarthy details in her book about her son going into cardiac arrest during a seizure.  It’s maddening how these side effects are not taken more seriously.  Would you be so willing to vaccinate your child if you knew it could potentially lead to seizures and possibly cardiac arrest?  Why are pediatricians so angry when we as parents ask questions?

I can tell you from first-hand experience, seeing your child turn blue while having a convulsion is more than “frightening.”  It will bring you to your knees.  It will change your life forever.  It keeps me up at night, checking on my son every few hours.  Looking back, my son had his first seizure at nine months old, but at the time I didn’t know it was a seizure.  He was crying in his crib, extremely pale and had thrown up.  He slept so soundly for hours afterwards.  I chalked it up to him having a virus and called the doctor who confirmed the same thing.  What I didn’t know is that was the postictal phase after having a seizure.  He had his first tonic-clonic seizure a few years later.  Talking with the neurologist, it became apparent to me that my son was having absence seizures for a long time without my knowing these were actually seizures.  My son’s lack of speech should have been the biggest factor in pursuing an EEG to determine if he was having seizures.  My pediatrician never recommended it.

It’s estimated that epilepsy rates among those with autism range from 20 to 40 percent, with the highest rates among those most severely impaired by autism.  I believe the number is much higher.  I wouldn’t have known my son was actually having seizures had he not had a tonic-clonic seizure that was impossible to miss.  The good news is that with proper treatment, many children are recovering skills that were lost and language that had disappeared, all due to undiagnosed seizures.  I urge all parents to pursue an EEG if your child is diagnosed with autism, especially if they have speech delays.  It could be a piece of the recovery puzzle for your child.  For my son, we’ve seen more skills emerge as we achieve better seizure control.  Seek out practitioners who understand the autism and seizure connection. 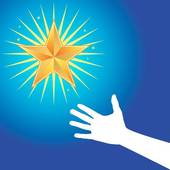 My daughter asked me one last question, “Mom, can autism be healed?”  I told her that I think it can be and we’re gonna try really, really hard and never give up.  If you reach for the stars and only make it halfway, you’re still halfway from where you started.  No matter what level of healing we can achieve, it will certainly make a positive difference in her brother’s life.

For more information about seizures and autism here is a great link from our friends at TACA.

UPDATE:  This is a blog that I wrote in April of this year (editor’s note:  April of 2012).  Since then, there has been an exciting study published in an online edition of the journal, Science. Click here to read the study in its entirety.

The researchers from the University of California at San Diego discovered a genetic defect in the BCKDK gene. This mutation results in low levels of certain protein-building blocks called branched chain amino acids (BCAAs).  In the paper, the researchers described how mice carrying the same mutated gene have symptoms resembling autism with epilepsy. When the researchers fed them BCAAs, their condition reversed. When the researchers supplemented the diet of people with mutations in the BCKDK gene, it raised BCAA levels in their blood.  However, the study was not designed to test whether this increase in BCAA resulted in improved symptoms in the subjects.

Also, the research team makes a few noteworthy points about the study:

*The type of autism and epilepsy we identified is very rare.  Gene testing for the condition isn’t currently available.  However, a doctor can order a test called serum amino acid profile, to look for BCAA deficiency.

*At present we have no evidence that the supplements will benefit individuals who have this form of autism and epilepsy or any other form of the disorder.

*While these supplements are available without a prescription, they can be harmful to people with certain other disorders.  We strongly recommend against taking them without proper medical supervision.

For more information about the Gleeson Neurogenetics Laboratory and this study, you can visit their website at http://cbd.ucsd.edu/.

9 Responses to What Is Autism?