Will Threat of Prosecution Make Vaccines “Mandatory” in Canada?

Last May at the AutismOne conference in Chicago, TMR met David Stephan. We’re pretty good judges of character, and David immediately struck us as a wonderful human being and a loving and caring father — which made the story he told us all the more horrifying. David and his wife Collet had lost their beloved 18-month-old son Ezekiel to a mysterious illness several years before. As if that were not enough to make their lives beyond difficult, the Canadian government had decided to prosecute them for “Failing to Provide the Necessaries of Life.” This charge didn’t make any sense as it was obvious that, until his death, Ezekiel was a happy and healthy child, in no way neglected. Clearly, his “necessaries of life” were well provided. David told us that he and his wife did not have their children vaccinated (which was their absolute right in Canada as there is no vaccine requirement), and they were told that the purpose of this prosecution was to establish a precedent allowing non-vaccinating parents to be prosecuted and imprisoned for neglect. The idea being that the threat of such prosecution would scare other parents into vaccinating their children despite no legal requirement to do so — essentially establishing a vaccine mandate.

Having had a child who died under similar mysterious circumstances that only became somewhat clearer when the autopsy report came in twelve weeks later, and having chosen for the sake of the health of my two living children to forgo vaccines, I could completely understand what this family was going through and immediately offered them a chance to speak on our blog. Yesterday, there was a hearing on the case, which has dragged on for the past three years with no sign of an end. We believe that it’s time to end this sort of intimidation for good. Please read and share if you believe as we do that situation is just completely wrong. — Professor

I would like to express our appreciation for all of the prayers, love and support that has been extended to our family throughout all of this. Even though we are going through extremely tough times, we have been blessed tremendously by many of you and for that we say thank you so much!

As stated before, the charges of “Failing to provide the necessaries of life” that have been laid against my wife and I contain an underlying motive which, if achieved, will set a precedent that will negatively affect many Canadians and possibly permeate international borders. The agenda: create the legal precedent that when a child falls ill, parents who chose not to vaccinate have a greater onus to seek mainstream medical attention sooner than parents that do vaccinate, and if any harm befalls the non-vaccinated child from an illness that there was a vaccine for, the parents can be held criminally liable . . . bringing us one step closer to mandatory vaccinations. If you can’t force them to get vaccinated, compel them through fear of criminal prosecution. 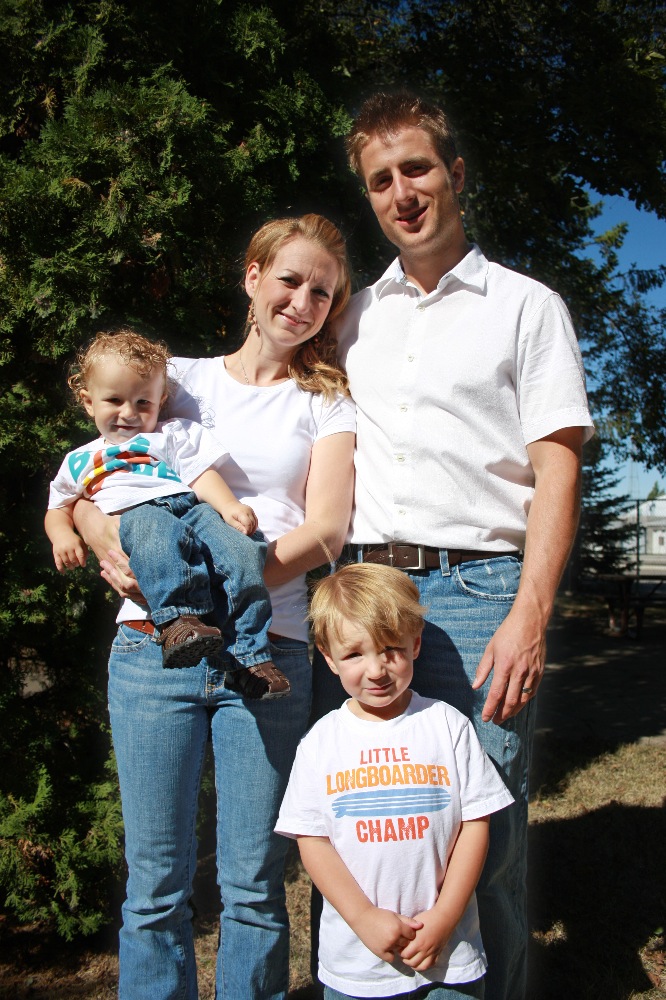 One must ask why the Crown would be proceeding with this agenda within the courts? Wouldn’t it be easier for the government to just legislate mandatory vaccinations? Well, it turns out that the Canadian Constitution, which recognizes the inalienable rights of individuals and prevents the government from falling into a tyrannical state, is also protecting Canadians from forced vaccinations. In 1996, Health Canada made this clear in their Canadian National Report on Immunizations when they state “. . . immunization is not mandatory in Canada; it cannot be made mandatory because of the Canadian Constitution.” Thank God! Whether you are for vaccinations, selectively vaccinate or are concerned about safety issues and don’t vaccinate altogether, the beautiful thing is is that you have the choice. You have the choice to educate yourself and make an informed decision as to what goes into your and your children’s bodies.

Now, what if there was an overriding agenda to institute mandatory vaccines, and it couldn’t become an act of parliament due to the Constitution? It would appear that the next best way to achieve this would be to create a standing in law through the courts, and that is where Collet and I find ourselves today.

The first clue we got to this underlying agenda was when, over eight months after the passing of Ezekiel, we finally received the autopsy report that we had ordered to get clarification on why he had passed. Unfortunately, upon reading it we were left with more questions than answers as his cause of death was still not fully clear. However, what was most alarming was the included vaccine information — that appeared to be irrelevant at best and yet went so far as to claim that Ezekiel’s passing (the cause of which was still unclear) was somehow vaccine preventable. What struck my mind is that the only reason this information would be included would be to fuel a vaccine battle within the courts. My fears of this dissipated as time passed, until we received a phone call from the RCMP [Royal Canadian Mounted Police] three months later and were charged (almost a full year from the time Ezekiel had passed). 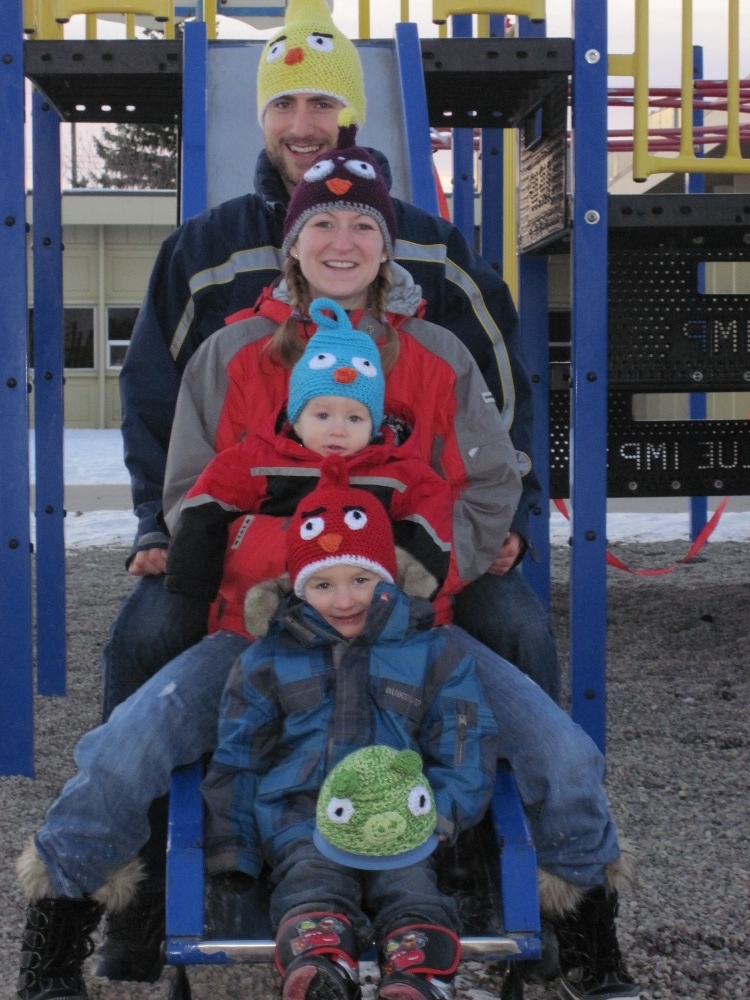 David and family a few months prior to Ezekiel’s death

Our suspicions further rose after we received the prosecution’s evidence disclosure, including the police files, in May of 2013 and realized that somehow Health Canada had become aware of the investigation and had made an inquiry into it. This leaves us with a number of questions: How did Health Canada, a federal agency, become aware of the passing of our son? What interest did they have in the police investigation to warrant allocating resources to inquire with the RCMP about it? Does Health Canada make inquiries into the passing of all children within Canada? Did this have something to do with the past history that my family had with Health Canada wherein my father beat them in the courts? Or did this have something to do with identifying a potential case wherein the vaccine agenda could be pushed? At this point, we still don’t have answers to our questions, but as time has gone on our suspicions have been further substantiated.

In June 2014, during our preliminary trial, things really started to make sense when, during the Crown’s cross examination of the doctors, vaccinations became a prominent topic. Prior to this, our concerns about vaccinations becoming an issue within court were largely dispelled due to the fact that there was no precedent within Canada on vaccines that the Crown could use to back their case. After our lawyer met with Crown counsel and the agenda of having the topic of vaccines included in the case was disclosed, we learned that we were going to be the precedent in Canada. It was at this point that everything began to make sense: why the charges weren’t laid until almost a year after Ezekiel’s passing and why the charges were not initiated by the local Crown or RCMP that were involved in the investigation, but from higher up by individuals that were not firsthand involved in the investigation process.

Even though this information somewhat puts our minds at rest that this case isn’t solely about Collet and I as parents, the thought is quite alarming that if this case somehow goes sour, not only will it tear our family apart as Collet and I would most likely end up in jail, but it will put a lot of Canadians who either choose not to vaccinate, or selectively vaccinate, at risk of criminal prosecution. For those who are reading this and see this agenda as a good thing, at what cost are you willing to support your ideologies? At the end of the day this is not about upholding your ideologies, but rather about people. About people’s right to educate and choose what is best for their families. About people’s right to make choices without fear of having their families torn apart by an industry that stands to profit tremendously off of them. Collet and I find ourselves dealing with an organization that is attempting to offer our family up on the sacrificial altar of the vaccine industry. 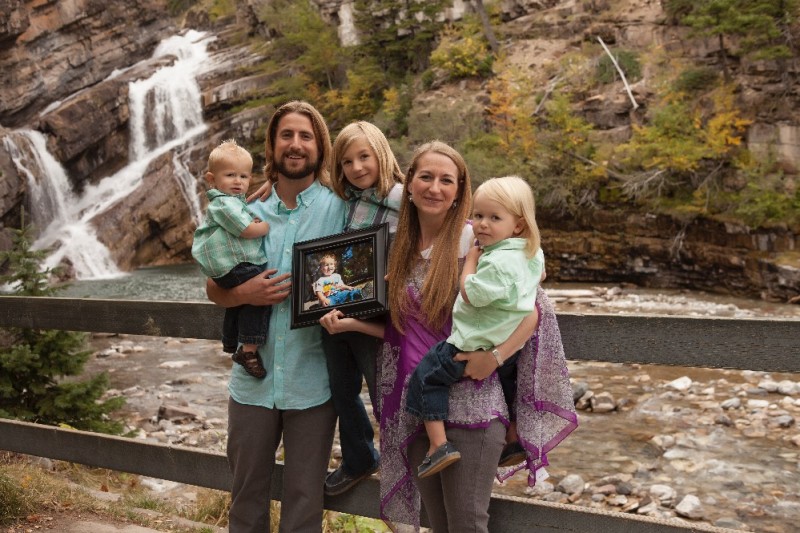 David, Collet, their three living sons, and a photograph of Ezekiel

I ask for your support in preventing this from taking place. I ask that you join with us in taking a stand to preserve the liberties and inalienable rights that are naturally endowed upon us as children of the Divine Creator. I earnestly pray to God above that we may be empowered to defend and preserve our rights to life, liberty and the pursuit of happiness. God willing, our court case will come to a close before this agenda can be fully pursued. Today [yesterday, February 10] we were in the courts presenting a delay argument that will hopefully result in the case being thrown out. We ask for your support, not only financially, but also in your thoughts and prayers. And if the court case is thrown out, we need to be vigilant in watching for the next family that will be dragged through the same situation as us in an attempt to achieve this vaccine agenda.

As we are now stretched well beyond our means in many ways, we thank you again for all of your love, prayers and support.

May God bless you all!

~ David, Collet and the Boys

If you wish to donate money to help defray legal costs for the Stephan family, click here.

This entry was posted in Blogs by Thinking Moms' Revolution, David and tagged Canada, David Stephan, failing to provide the necessaries of life, vaccine mandate. Bookmark the permalink.

14 Responses to Will Threat of Prosecution Make Vaccines “Mandatory” in Canada?