I recently polled some of my favorite people in the world and asked them what their deadline was for recovery when their child was first diagnosed. As you can see by the responses below, none of the Thinking Moms and Dad expected a life-long journey at that time. Most of them wanted their child recovered by the time they began formal schooling and none of them wanted their child to enter the horrendous middle school years with a diagnosis. It goes without saying that not anyone reading this ever considered that they would still be riding the biomed train when their child entered high school.

Over the past two years since I hopped on the train, I have often been stopped dead in my tracks when I read comments from other struggling parents feeling like they are running out of time. The clock is ticking and they are panicking. I get it. I really do. I sympathize, empathize and every other “thize” one can do. BUT, it also scares the ever-loving crap out of me. The thing is, I didn’t know anything about alternative treatments when my daughter was in kindergarten, third grade, or even when she entered middle school. When I finally heard others talk about dietary interventions for leaky gut, I thought I was super lucky in that my daughter got to eat whatever she wanted. Ha! Joke was on me. Little did I know that she was not absorbing any vitamins or nutrients from her food. Little did I know that she was not eliminating food properly. Little did I know that the very food I was giving her, was causing her pain.

It is never too late.

I could go on and on (and on) about all the mistakes I made prior to learning about alternative options to wellness. I am not going to do that. I am not going to beat myself up for what I did during the years when I was simply following the advice of the medical community. What I am going to tell you is that although my daughter , a 15-year-old 9th grader, is far from typical, she is better off today than she was two years ago when we hopped aboard the biomed express (Yup – we started that late). On a regular basis I have to remind myself of the progress she had made, because on a regular basis I want to give up. I constantly question whether or not we actually started too late. 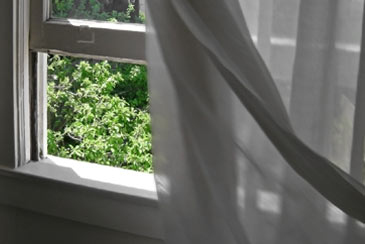 Throw your deadlines out the window. Make a list of positive changes. Post it somewhere where you can review it on a regular basis and smile. Embrace the positive. As for that friend/neighbor/distant relative who thinks they have missed their window – they haven’t. Let them know what I have learned – that although I wish I knew about these interventions much sooner – it truly is better late than never.

This entry was posted in Blogs by Thinking Moms' Revolution, Saint TMR and tagged autism, biomed, leaky gut, never too late, recovery, the window, window for recovery. Bookmark the permalink.

20 Responses to The Window Never Closes