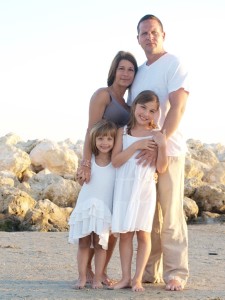 My doctor says vaccines could kill my daughter. NYS kicked her out of school because I won’t risk her life by vaccinating her. I have filed a lawsuit against a government that wants to put my six-year-old’s life at risk. Here is our story:

Mary is almost six and a half years old, and she enjoys going to school, dancing, singing, swimming, and playing with her sister and friends. Today I looked at her beautiful face smiling while she was playing with her dolls, and I can’t believe how far we have come since the day she was born and how blessed I am to call her mine. At first glance, you wouldn’t know the battles that she has been through.

When Mary was born I didn’t know what ingredients were put into vaccinations, just like most parents. I was brainwashed into thinking that I must vaccinate my child since this is what U.S. social norms say that we as parents are supposed to do for our children. So Mary was vaccinated like every other typical newborn in this country. After each vaccination, she would have a negative reaction. At that point, the medical professionals did not know what was wrong with her, but looking back now we know that it was two DTaP vaccines that she received on July 9th, 2007 and August 13th, 2007.

She ended up being completely overwhelmed with thrush and intestinal yeast toxins after it had nowhere else to go in her tiny, little less-than-five-pound body. Mucus was leaking out of her eyes, vagina, and her rear end was red like it was put over a flame of fire. My daughter was not absorbing her nutrients, and she wasn’t growing. On the way home from a vaccination appointment, when she received her Comvax immunizations on August 29th, 2007, Mary was crying and nothing would console her. Her same symptoms came back that she experienced from her DTaP vaccinations. The combination of yeast and negative organisms ended up causing a double ear infection as well.

The doctor had prescribed her a compounded suppository antibiotic because that is the protocol for healing an ear infection in NY State, but, in Mary’s case, it was a disaster and caused more damage to her immune system — just like every other unnatural substance that was given to her. We administered the medicine to her at home as instructed, but less than twenty seconds later Mary went into anaphylactic shock. She started vomiting, convulsing, water was pouring out of her rectum, and her eyes rolled into the back of her head. Everything was happening so quickly, I couldn’t reach the phone to call 911. My first reaction was to cry out to the Lord, “In the name of Jesus, save my baby!” All of a sudden, the vomiting stopped and the color came back into her face. Her eyes were looking at us, she was breathing normally and a peace and calmness came over her. The only one who could save us and rescue Mary so swiftly during that crisis was Our Heavenly Father, and that is just one of the many miracles that my family has experienced through the Lord, Jesus 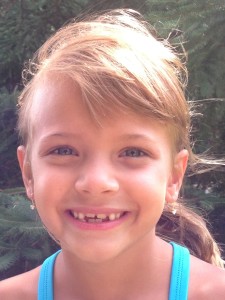 After years of testing and treating her, we now know that she has an overactive immune system. Due to Mary’s overactive immune system, she cannot tolerate any preservatives or artificial ingredients. Mary has a severe gluten sensitivity and is allergic to casein, etc. She is on an all-natural diet, and on a strict regimen to help support and strengthen her gastrointestinal tract and immune system. Dyes, preservatives, and unnatural substances all make her violently sick. She is brave and remains strong through her struggles because of her faith in God and the positive people that are put in our path. We are all very proud of her.

I was denied within 24 hours of application. Even though this medical exemption was not meant to go through at this point in time, Mary was denied her medical rights and she was kicked out of school. I was accused of trying to skirt around my denied medical exemption by applying for a religious exemption; the fact that I applied for a religious exemption in 2010 was completely ignored. I had to go to federal court to prove that my religious exemption was legitimate and to sue the Board of Education. My daughter’s medical issues are what made me pick up my Bible and read it every day and drew me closer to my beliefs that God made the body perfect and pure, and I don’t want to put any impurities into her body based on my deepest truths, which comes from the word of the Lord.

While I believe that doctors are here to help heal the sick and I value their place on this earth, I do not have blind faith in medical professionals. They are human beings, and we are told by the Lord that we are not to put our complete faith in anyone else but Him. I respect my pediatrician’s advice, but, ultimately, I have to base my informed decisions on my own research, my faith, and my instincts as a parent. I get a diagnosis from the doctor and it does not go ignored. We work together on treating Mary to suit her needs. I have researched what poisons are put into these vaccinations, and I do not believe that it is God’s will to put them into our bodies. Immunizations contain unnatural substances that are injected into the bloodstream.

Winning this case will set new case law, but I am completely financially depleted in my battle, and I need your help in this fight for freedom. Mary represents the many children in the United States in need of legal representation to protect their health and safety. In supporting Mary’s choice, you are supporting parents’ and doctors’ rights to choose what is in the best interest of their children and patients. Whether or not you are pro-vaccination or pro-vaccination choice, this cause deals with the right of a parent to choose or refuse what vaccinations are given to their children. All parents should have the right to choose what kind of medical treatment their children should receive, and, if a person has religious beliefs contrary to a medical treatment, our constitutional right to the free exercise of religion should be protected and not subject to the review of one person, as it is in the New York City Department of Health and Mental Hygiene.

What touched me so close to my heart is when Barbara Loe Fisher, president of the National Vaccine Information Center (NVIC) said, “We as parents, who know and love our children better than anyone else, we by U.S. law and a larger moral imperative, are the guardians of our children until they are old enough to make life and death decisions for themselves. We are responsible for their welfare, and we are the ones who bear the grief and the burden when they are injured or die from any cause. We are their voice and, by all that is right in this great country and in the moral universe, we should be allowed to make a rational, informed, voluntary decision about which diseases and which vaccines we are willing to risk their lives for without fearing retribution from employees of the state.” Argue with us. Educate us. Persuade us. But don’t track us down and force us to violate our moral conscience and beliefs, or criticize our doctors’ professional opinion in the medical approach they choose to take, putting the best interest of their patients first. 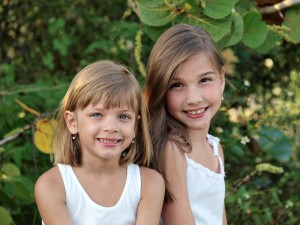 On October 10th, 2013 Support Mary’s Rights will be hosting a fundraising dinner and dance at Li Greci’s Staaten to help not only raise money to support the Mary’s legal efforts in her fight against the New York Board of Education and the Supreme Court but also to raise awareness about the vaccinations parents and doctors are forced to give to their children and patients, regardless of the ingredients or harmful affects they may cause.

Support Mary’s Rights would appreciate your charitable contribution. A monetary donation or donated gift certificates or items to raffle off would truly help this very unique and special cause. I need my voice to be heard for myself and other families who are suffering from similar experiences where the government is trying to tell us what we mandatorily have to put into our bodies. Our faith as parents leads us to take physical, spiritual, and mental responsibility and make decision for the health and well being of our children. The government is trying to take away these rights as parents. Come to our fundraiser and share your stories with us. We would love to hear them and to support you as well! Buy a table and support us at: http://www.supportmarysrights.com/events.html
In return for your generosity Support Mary’s Rights will be printing the names of each business involved in our Support Mary’s Rights program booklet. Thank you for taking the time to read this blog post. We hope you consider making a donation/ contribution. If you have any questions or need further information, please feel free to contact me or visit our website at www.supportmarysrights.com. Or call 917-554-1988