Gardasil: 10 Questions to Ask Your Doctor Before Vaccinating Your Tween

I think it’s safe to call it Gardasil season now, right? It’s summer, and parents are starting to receive emails about “catch up” vaccines before September from their well-meaning (but mostly misinformed) school nurses. Gardasil emails have probably begun arriving from your pediatrician because Gardasil 9 has just hit the shelves, and boy is there a lot of stock to shift since only 30% of you were taking the gamble and sacrificing your girls for the greater-good-that-never-was with the original Gardasil vaccine.

With HPV vaccine mandate laws being proposed all over the country, like the one passed in Rhode Island (except it wasn’t a law — just the health department there going all out for medical fascism), we need to get involved in the political process and communicate with our local legislators about these issues before it’s too late. Rhode Island is a perfect example of how things can go wrong — and very quickly. Parents who wish to refuse this forced medical procedure for their children are seeking out their only option, a religious exemption. In response to this, the health department is not asking why these parents are going to such lengths to avoid this product; instead, they are beginning to discuss removing that religious exemption to squelch the dissenters and outliers in order to improve the vaccine uptake. We are seeing the effects of such a draconian policy play out in California, so pay attention Rhode Island!

Another way is to try, as futile as it seems, to educate your doctors. Think about it: if everyone challenges them with issues they cannot answer, then the system begins to collapse rather rapidly. Don’t fear the white coat. Remember that they once told the world that smoking was good for respiratory conditions? They’re the same guys.

More and more people are tagging me, PMing me, emailing me, asking for help either for them or a friend because their pediatrician is pressuring them to get this vaccine. Notice I said pediatrician and not oncologist or gynecologist. And notice I used the word “pressure” and not “suggest.” I don’t know how many pediatricians have studied cancer or the cervix – or even vaccines – in depth, but I would bet it’s a small number because it’s not on their curriculum. Also we must always ask ourselves, why the pressure? I’ll bet you never heard of HPV before 2006. Now it’s suddenly on everyone’s fear-dar. 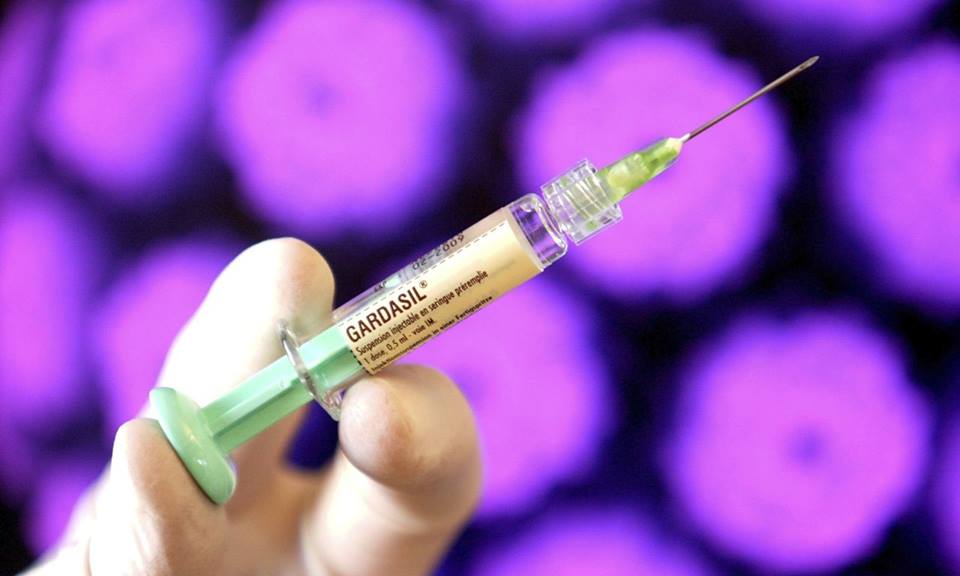 Due to the ever-increasing number of inquiries I receive, not to mention the number of stories of injuries I have to endure reading, I would like to propose a list of 10 questions which you can print out and take to your pediatrician’s office and ask them to answer before they ever again offer you this medical procedure for your child. For California peeps, you have to give this to your child, discuss it with them, and put it in their backpacks since legislators in your state decided to ignore federal law and pass a state law that says your children can give their own informed medical consent to HPV vaccines.

So here are a few questions to get them started. Hint: the majority of the answers(or lack thereof) can be found on the FDA’s website.

1. Why was Gardasil not tested against a true inert placebo as is the gold standard in clinical trials? According to the Merck trials, Gardasil was tested against the aluminum adjuvant (AAHS, a novel Merck adjuvant) and the vaccine excipients. That is not a placebo-controlled trial by definition, correct?

2.  Can you please comment on the duration of efficacy of the vaccine? I understand that it is 5-8 years in girls and only 2-3 years in boys? What happens then? How do they know the efficacy in girls 9-13 since that age group was so poorly studied?

3. How does the body excrete aluminum injected subcutaneously into muscle and tissue? Where does it end up when not excreted? How was this measured in the trials? If you come across this video as an answer to that (Paul Offit from Children’s Hospital of Philadelphia), please note that he did not answer the question and demonstrates a poor understanding of immunology, biomedical principles, and basic gastroenterology. He seems to think that the body doesn’t know the difference between ingested vs. injected aluminum and it’s all down to the quantity we ingest being so much greater, which makes injecting it into neonates and hormonal teenagers okay. I’m not a doctor, but I have serious reservations about a doctor who doesn’t seem to realize why vaccines are injected in the first place (hint: much stronger antibody reaction). Wouldn’t you agree?

4.  What is the effect of injecting recombinant (GM) viral DNA into the blood and tissues of a healthy teen? When the vaccine came to market, Merck denied there was any viral DNA in the vaccine. Once it was found by independent scientists, the FDA replied by saying that they knew it was there, but it was harmless. Why did they deny it in the first place? According to these scientists this can cause a lot of harm. The FDA doesn’t seem to be able to provide safety data for this.

6.  Why was the vaccine never tested for effects on ovaries or fertility?  The American College of Pediatricians has expressed deep concern about Gardasil and its connection premature ovarian failure. I was wondering if you have looked into the studies they reference in their recent press release?

7. I have read in Merck’s package insert for Gardasil 9 (page 8) that between 2.2% to 3.3% of its recipients may develop autoimmune diseases following vaccination. What is your plan to treat those cases should they arise in your practice?  Are you aware of the Vaccine Injury Compensation Fund and VAERS since patients cannot sue you, your practice, or Merck should they develop an adverse reaction? Over $6 million has been paid out by the government in cases alleging adverse reactions due to Gardasil. I would consider that quite alarming for a new vaccine.

8. Why do you think there were 7 times more deaths in the vaccine group than the “control” group in protocol 19 of the Merck clinical trials? And how does the “control” group in any way qualify as a “control” when it was itself associated with a 60% rate of systemic adverse events? I would suspect that if you check this death rate against the background death rate in the same population where the trial took place, you will find a signal there.

9. What does Merck mean by immune bridging (pages 19-20 here)? They used this method to convince the FDA that the vaccine was safe for 9-13-year-olds since their trials did not test that age group sufficiently. How is “safety” implied when all that was studied was immune response? In addition, there is no discussion of the fact that immune response is approximately three times greater in 10-year-olds who receive the vaccine than over-21-year-olds.

10. During the trials Merck discovered that if a child already has an HPV infection (up to 10% might), then the vaccine may increase the chance of developing cancerous lesions by 44.6% compared to those who don’t get the vaccine (Table 17, page 13). Can you please tell me what you know about that . . . because to an oncologist, negative efficacy in a trial such as this means that the vaccine may actually cause cancer. Why would the FDA not address this issue with Merck?

Please contact me if you know of any pediatrician in the country that can address all of these issues to your satisfaction. If there is such a doctor and you feel that this vaccine is just super, then go ahead. That is called having free, prior, and informed medical consent. It would be the first time it has happened for Gardasil, to my knowledge, anywhere in the world.

I am continuously impressed with the gall of Merck with respect to this particular vaccine. I understand that it brings in over a billion dollars a year and they’re heavily invested in the erroneous cancer message, but at some point we’re going to have to have a real discussion about this one – hopefully in front of Congress.

Since we can’t sue Merck for deceiving the people – remember this is a royalty-earning, NIH/FDA/CDC-sanctioned golden goose – we have to rely on the people to rise up and stand their ground.

54 Responses to Gardasil: 10 Questions to Ask Your Doctor Before Vaccinating Your Tween