So, if you are a veteran thinker you were most definitely watching the play by play of the Congressional Hearing on the Federal Response to Autism on CSPAN yesterday. You could probably identify the faces in the crowd: the vivacious Jenn Larson, with her ever-present Canary feather representing the Canary Party; Carolyn Gammicchia, with her long, slicked-back braid and visage of vigilance; Kim Mack Rosenberg’s penetrating glance; Katie Wright, bobbing and grimacing like someone was feeding her spoonful after spoonful of apple cider vinegar. Her face spoke louder than any speaker at that table. 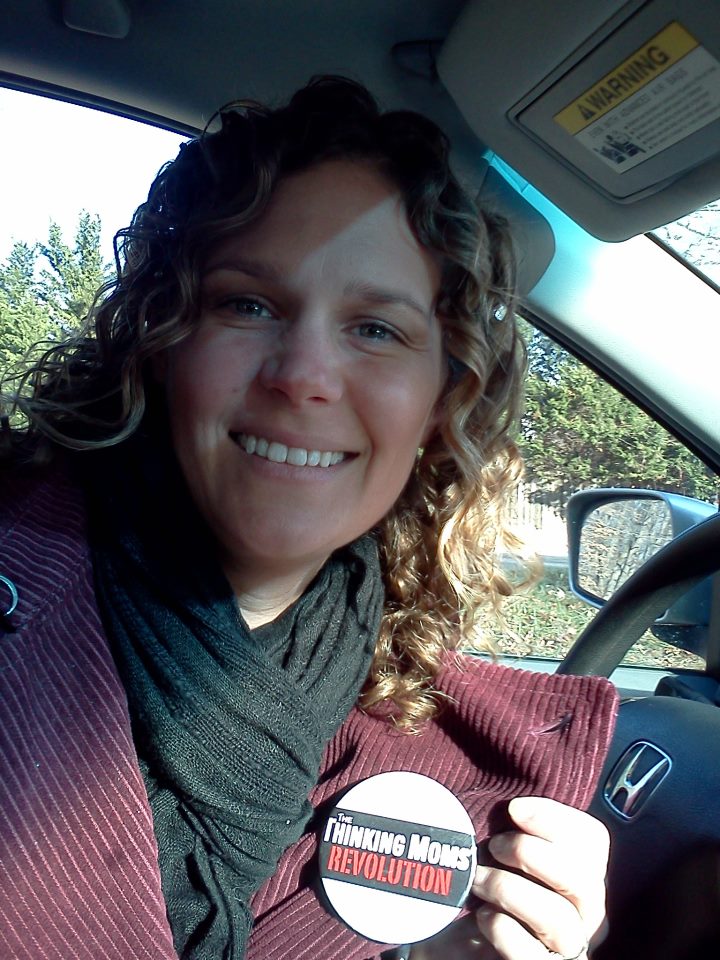 Sunshine is on her way to the Congressional Autism Hearing in D.C. There to represent, along with Mamacita, all the Thinkers and their thinking families. Let’s get something done in Washington!

Yeah, we’ve heard this all before. Every single one of them seemed to be saying with their eyes and body language.

Congress is listening. They’re really… listening! They’re asking questions. Can this be?

After the tedium of intros and announcements of good intent the speakers made an earnest attempt to delve into the meat of this EPIDEMIC. Sorry, Ari Ne’eman, we know how you detest that word. But if it stims like a duck that’s just had his well-bird visit to the vet, and said duck can no longer walk like a duck and loses his ability to quack like a duck… well… it’s an autistic duck. And it’s an EPIDEMIC. The Congress members, CONGRESS, kept using the word. Epidemic. Epidemic. Epidemic. THEY used it for a change, instead of us. And they used it in the same paragraph with the word… VACCINES! 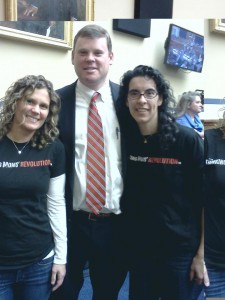 Sunshine, Rolf Hazelhurst and Mamacita at the Congressional Autism Hearing

Why, when Representative Maloney questioned CDC Dr. Colleen Boyle about the studies involving vaccines she was downright confrontational. She asked her THREE times point-blank, “Are you studying vaccines?” Three times. Dr. Boyle could only respond that they give so many shots at one time because parents don’t always come back for the rest.

Still not an answer as to whether or not the CDC is studying vaccines in relation to autism.

Don’t get me started on Dr. Guttmacher of the NIH. This poor fellow, despite weeks to prepare was hard pressed to answer a single question. If he did not say, “I can get that to you…,” or “I don’t have those statistics with me…,” he was filling the space with nonsense about the increase in Caesarean births and how we need to study the gut flora of the mother (during Caesarean birthing) and what possible impact that process may have on the fetus. Oh no, wait, it’s car emissions. No, sorry… it’s uhm… old dads. For sure. Or not. 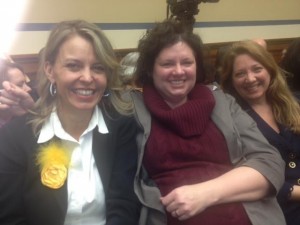 How could we possibly know? This seemed to be Dr. Guttmacher’s anthem. To him, the causative factors of autism are environmental for sure, but gosh, golly, how would he know? He just runs the National Institute of Health, a bastion of cutting-edge solutions for the health and welfare of the public.

Neither he nor Dr. Boyle were exactly sure how many shots go into the bodies of our developing babies and could only assert that the approximations reported by congress seemed like a lot.

So, all this was going on and as Thinkers we’ve become accustomed to such idiocy. But, today, November 29, 2012, Congress bore witness to it too.

As fellow Thinking Mom the Professor, known to the real world as Zoey O’Toole, quipped, “You realize what this hearing means, right? The tide HAS turned. We are no longer the crazies in tin foil hats. THIS is in the Congressional record!” 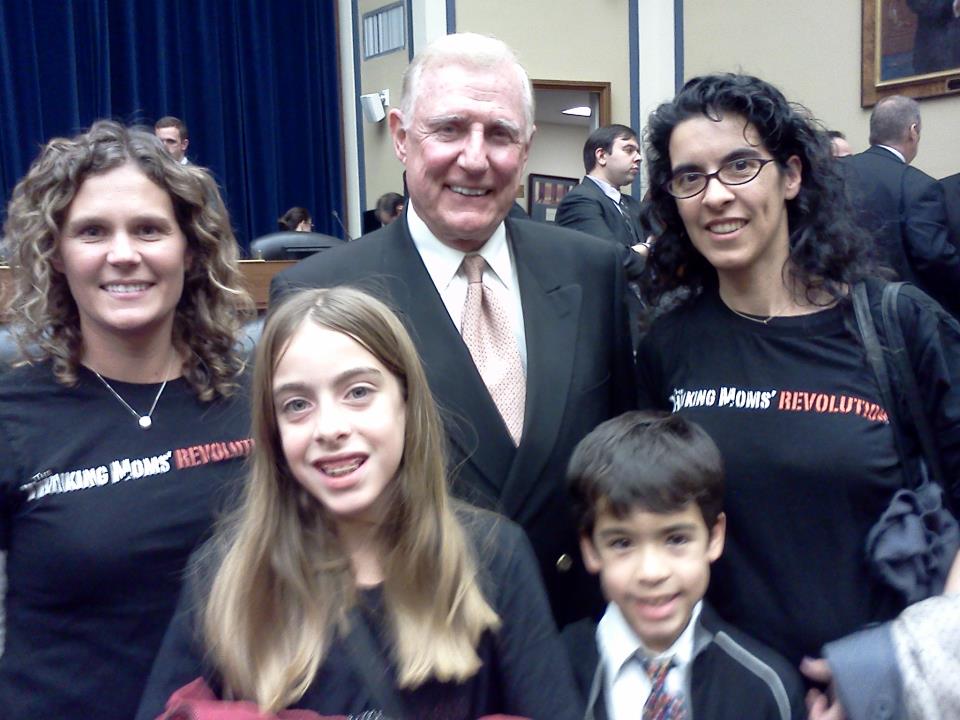 I think, for me personally, the Cherrybrook icing on the GF/CF/SF Namaste spice cake was when Representative Cummings asked Mark Blaxill, Safeminds Founder and Canary Party Co-Founder, if he was alluding to what has been happening to our children all these years as “fraud.” Uh-huh. Yep. He said it! 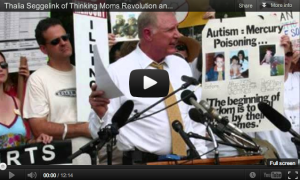 Related Video: Click here to watch Thalia Seggelink of The Thinking Moms’ Revolution interviewed Representative Dan Burton on the eve of the first Congressional Hearing on Autism in a Decade (http://wp.me/p2mXj9-2xw)

That’s the Vaccine Court, he was talking about. That’s the CDC’s efforts to downplay this EPIDEMIC. That’s the NIH’s smokescreens. That’s DHHS Head, Kathleen Sebelius’s orders to the media to silence parents, doctors and scientists who talk about a vaccine/autism link. That’s Julie Gerberding, former CDC Head leaving her post at the CDC, after telling the world that Hannah Poling’s mitochondrial disease is “rare” and was not “caused by” but “resulted from” vaccines. That’s the suppression of the Simpsonwood Conference. The Ely Lily Rider. 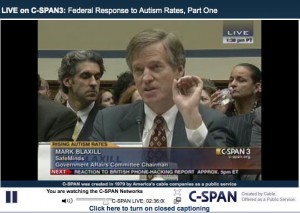 Mark Blaxill speaking at the autism hearing on the true epidemic

Yes. Mr. Blaxill spoke. And it was good. All the people of the land were sated.

Do you feel good right now? Because I do.

Alas… here’s the part where I suck the life out of you like a character from First Blood: It’s over now.

And it’s time to move forward. The only reason we were taken seriously is because the public is outraged. Today we were given a really good show. Now congress needs to show up. They need to hold Boyle and Guttmacher accountable for all the data they were incapable of providing. They need to start influencing legislation, meaningful legislation, that gives parents healthcare freedom and dismantles the Medical Industrial Complex. And they need to abolish the Vaccine Court. 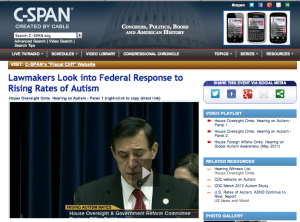 To watch the recorded video of the Congressional Hearing on Nov 29, 2012 please click here

That’s where you come in.

The Thinking Moms’ Revolution, VaxTruth, Age of Autism and every other true autism media news source will soon be calling YOU to action.

This hearing has to be the first of many if there is going to be real change and genuine justice for our children, and the ONLY WAY this issue is going to be heard is if we continue to INSIST that it is. Because, you will note, despite the impassioned responses, the knowing nods, the sympathetic glances and words of comfort and validation, you did not hear about today’s proceedings on your evening news. It wasn’t on CNN, FOX or MSNBC.

This is a NATIONAL EMERGENCY. Now that we know Congress recognizes this we need the rest of our country to fall in line and start treating it as such. It’s a tsunami that is taking our babies one well-baby visit at a time. And if you weren’t a Thinker, and you were having your first baby and you didn’t happen to channel surf to CSPAN yesterday, how would you know?

~ Yours in Action, the Rev

27 Responses to Great. What Now?