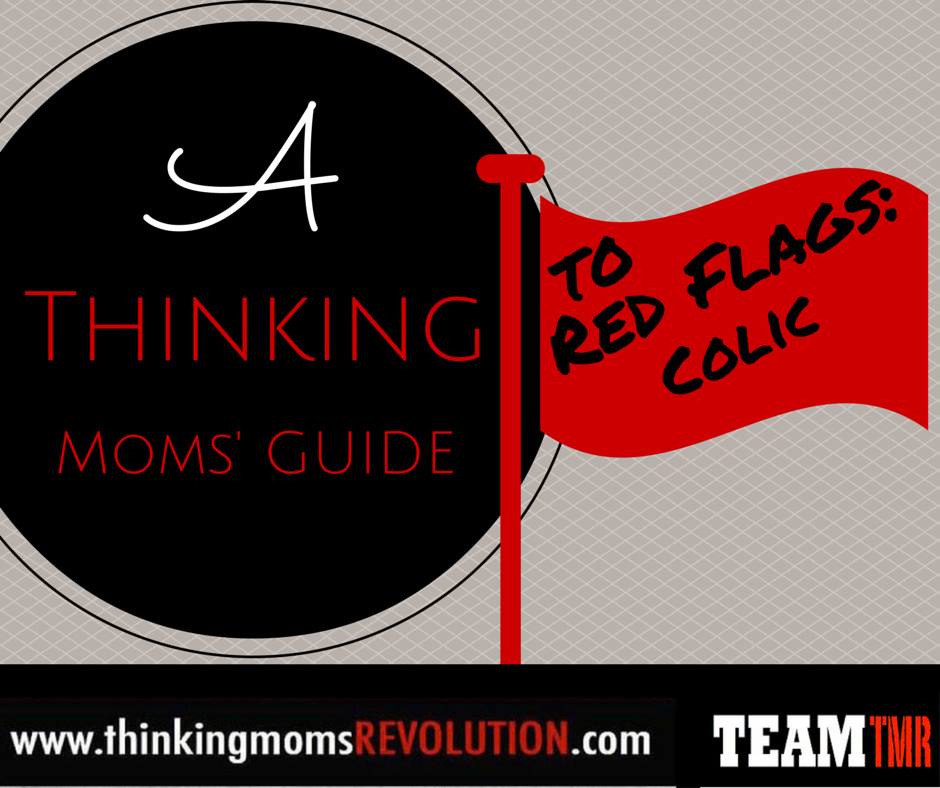 It is a sound that puts most people on instant alert.

Especially when it is an infant in distress.

Mother’s and father’s intuition is crucial to get to the cause of the alert, to fix it and calm the child. It is the earliest form of communication.

But what if your child is inconsolable? What if your baby screeches in pain at ear-splitting levels?

In most cases, this causes such alarm and distress to the family, they rush to their pediatrician for advice, desperate for answers and relief.

After explaining their child’s plight, the doctor most likely does a basic check of the baby, and proceeds to reassure them the baby is fine and most definitely not in pain.

The doctor’s reasons for screams:

The doctor’s reasons for crying:

WAIT IT OUT, which may take up to three months.

These flippant answers send distraught parents home with no real answers or ideas for helping their infant, and they end up feeling worse than they did before. They feel hopeless and spend months deprived of sleep and in constant panic mode because, deep down, they know something is very wrong.

They will spend their sleepless nights researching, and it won’t take long to find some valuable information to put their baby, and their minds, at ease.

Colic, by definition, is caused by gastrointestinal discomfort in the intestines or colon.  This is well-known in medical, scientific, veterinary, pathology, historical, and British circles, but American doctors still send parents home telling them everything is fine, when studies have shown that simply eliminating cow’s milk and/or using probiotics can significantly decrease discomfort and irritability. 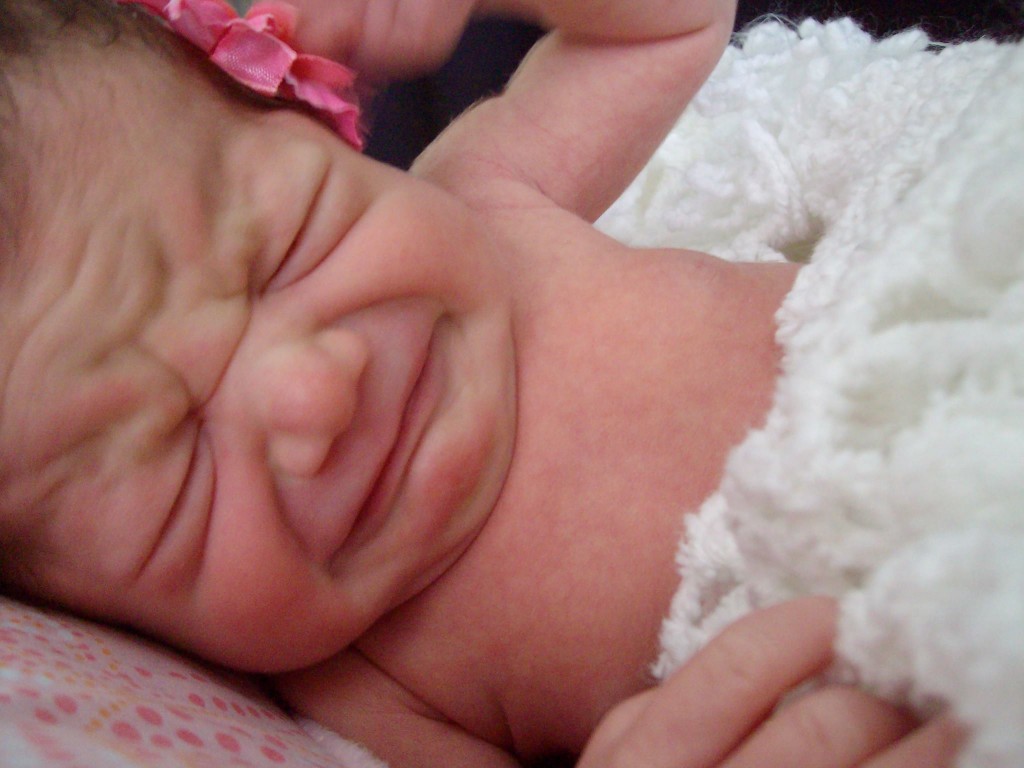 Although the high-pitched scream differs from the constant crying of colic in duration, it is similar in the sense that there is something wrong: The baby is in pain. Even though your concern may be dismissed by your doctor, there is some very strong evidence supporting your concern.

The University of Michigan Health System says parents should be on the lookout for these warning signs of infant pain:

A 1988 article in the New York Times, discusses a study that gives parents confirmation as well as insight:

“When parents hear this cry, their heart rate shoots up,” Dr. Zeskind said. “It’s intensely disturbing, even annoying. It’s a signal that something’s odd about that baby.”

The ultra high-pitched cry, which typically shifts in and out of falsetto screech, can be heard in the first day or two of life in many infants and often disappears as the effects of the trauma of birth pass. If the cry persists into the first month of life, Dr. Zeskind found, it might signal problems in the infant’s nervous system that should be checked by a pediatrician.

Dr. Zeskind, using a sophisticated acoustical analysis, determined the range of a normal baby’s cries compared to babies in sharp pain. His research “pinpointed a distinctive ultra-high-pitched cry . . . something like a high-pitched whistle on a teapot — that can indicate the presence of neurological problems.”

A four-part YouTube presentation provides us with more detail:

“It has been established that the infant cry is a reflection of complex neurophysiological functions and that analysis of the cry can be utilized to identify the medical abnormalities, including encephalitis, Down syndrome, kernicterus (brain damage caused by jaundice), cleft palate, various forms of brain dysfunction, and extreme cases of SIDS, according to the study in the official Journal of the American Academy of Pediatrics.”

How does this happen? How do so many young babies screech and arch their backs in such a terrifying way?

The most common cause appears to be encephalitis, which according to the Merck Manual, is an acute inflammatory disease of the brain due to direct viral invasion or to a hypersensitivity reaction to a virus or other foreign protein.  It can also be a secondary immunologic complication of a viral infection or vaccination.  Even though many different viruses can cause encephalitis, it is considered a rare reaction.  Granted, most of the viruses that can cause it are not circulating in the child population much these days, except flu viruses.  However, we believe that encephalitis is actually much more common than is generally believed; it is just not being recognized for what it is.  Parents are commonly told that their children’s response is “normal.” Or they are told that what is happening to their children has nothing to do with the vaccines they received earlier that day or in the few days prior.  Pediatricians do not appear to be educated in the possibility that most vaccines can cause brain inflammation.

Russell Blaylock, MD, had this to say about vaccine-related encephalitis and doctors:

. . . many of the mothers noticed that their children had a high-pitched cry soon after their vaccination or vaccinations. This is called the encephalitic cry, meaning that it is caused by an inflamed, swollen brain. It also explains the difficulty many mothers have in waking their children, the vomiting, passing out and irritability following vaccinations. These are all signs of an inflamed brain.

The reason that pediatricians are telling these mothers that their children’s reactions to these vaccines are normal is based on at least two factors. One, most pediatricians, in my experience, know absolutely nothing about a child’s brain. When I was practicing, if anything happened to a pediatrician’s patient that in any way indicated something was wrong with the child’s brain, the doctor was on the phone with me in an instant. Most admitted they knew nothing about the brain. The second reason is that they are trying to avoid a lawsuit. If they can convince the mother that everything is well, they may avoid a trip to the courtroom. Most physicians are gun-shy about lawsuits. It can also hurt their reputation.  — Russell Blaylock, MD, Foreword to Vaccine Safety Manual for Concerned Families and Health Practitioners, 2nd Edition, by Neil Z. Miller

If you have read this far, someone you love probably has or had these symptoms. If you suspect your child has encephalitis, seek care immediately.  As Dr. Blaylock said, many pediatricians do not know much about how encephalitis affects the brain, especially in the long-term.  Many parents who have heard those cries wish they had been more proactive in seeking out alternative MDs, such as MAPS doctors, naturopathic, or homeopathic practitioners who could help detoxify their children’s bodies and heal their brains.  In addition, if your child develops encephalitis as a result of one or more vaccinations, you should do your best to get the reaction documented.  Parents who do so have a much easier time getting compensation from the Vaccine Injury Compensation Program if it comes to that.

This is the reason we put ourselves out there and tell our stories. After going through the horror of realizing our children’s health has been severely damaged, all we want to do is try to keep it from happening to others. This sort of thing should not be happening to so many children. We need to stand together to protect our right to choose which medical treatments our children will receive, and only after full disclosure of the risks and side effects.

Green Bean Girl is the mother of a 17-year-old son who was damaged by the hepatitis B vaccination he received at two-days old. The high-pitched ear piercing scream that occurred multiple times a day and followed every yawn  lasted for months.

To read stories from mother’s of children with encephalitic cries:
http://www.vaccinetruth.org/new_page_1.htm
http://community.babycenter.com/find/sa?sa=+&q=encephalitic+cry

Which treatments for infantile colics? [translated from the French]
Prevention of functional gastrointestinal disorders in neonates: clinical and socioeconomic impact.
Prophylactic use of a probiotic in the prevention of colic, regurgitation, and functional constipation: a randomized clinical trial.
To read more from Green Bean Girl, click here.