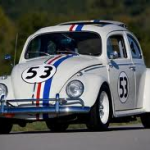 So in my other life (non-autism life) I work in the world of oil spills. I don’t get to do anything glamorous like scrub oil off of swans, or pull up alongside oil tankers in my speed boat shouting through a bullhorn. I’m in the back office counting the beans, paying the bills and filing forms with the government. Stop yawning – somebody’s got to do it! But during the daily grind this month, my partner (and hubby) pointed out this opinion piece about “How to Prevent Oil Spills” by Joe Nocera. The basic premise of the New York Times article is that in order to make the Big Oil CEOs care about, and curb, the damage their companies cause you’ve got to send them to jail. Because if you’ve got enough money, fines don’t faze you one bit. Case in point, BP recently unveiled its 2011 net profits of close to $24 billion. This is after paying out $22 billion settling claims and paying cleanup costs for Deepwater Horizon. There isn’t a financial slap on the wrist big enough to have these guys reconsider the way they do business. Yep, going to jail would be the only way to incentivize the industry. Except for one thing: It’s never gonna happen. Never. Oil is too important to this nation.

So what the heck does this have to do with Thinking Moms? Well, it really gets my panties in a bunch when I think about how everyone was completely up in arms about BP two years ago: Do they have enough insurance to cover Deepwater Horizon? Was there negligence involved? Will there be a criminal investigation? I can tell you there are a lot of checks and balances built into the oil industry. There is insurance and reinsurance. Then there’s that whole liability and gross negligence thing. It’s certainly not perfect, but there are things in place to help replace the environment, economic losses and whatnot. And, as much as I’ve witnessed the oil industry mess with the world to benefit themselves, I was not prepared for an even more manipulative industry to become a part of my world.

What product has grown from approximately $1 billion in revenue in 2001 to $27 billion in 2009?  This product also enjoys 100% liability protection. This same product does not have to dip into revenue to fund a program to pay for injuries it creates (but is not liable for). Do you know what I’m talking about? One guess. Vaccines. Simply put, no pharmaceutical executive is weighing the cost vs. benefit of creating a safer vaccine. Or losing sleep over a “hot lot.” No doctor is worrying about how long the Gardasil vaccine was tested for safety, or its horrible track record. Not. Their. Problem. Congress, in 1986, erased that worry from their balance sheet. So you’ve got an industry making a TON of money from a product that has 100% liability protection. And that protection extends to the folks that administer those vaccines. Woohoo!

How did this happen?!

You see, in the 1980s a lot of kids were having adverse reactions to the DTP (diphtheria, tetanus and pertussis) vaccine. Lots of lawsuits were being filed against docs and vaccine manufacturers. This caused the pharmaceutical industry to make noises about pulling out of the vaccine market, and the alarm bells rang that the nation’s health and safety were at risk. Why were vaccine manufacturers getting ready to take their ball and go home? Because vaccines fall into a class of products considered “unavoidably unsafe.” I am not kidding you. This “unavoidable” word comes from the National Childhood Vaccine Injury Act itself “products which, in the present state of human knowledge, are quite incapable of being made safe.” So they TRIED, but sorry, they just can’t come up with vaccines that are safe enough that their risk department will allow them to sell them. Because a HUGE PHARMACEUTICAL COMPANY sees that even THEY do not have enough money to cover all the expense of fighting and paying injured vaccine recipients. This is an industry that today spends over $200,000,000 A YEAR in lobbyists. Which puts it way ahead of the oil industry in terms of lobbyist expense.

So the Congress passed the National Childhood Vaccine Injury Act (that title alone points to fact that vaccines can injure children) in 1986. This releases all manufacturers and administers of vaccines from all liability from any injury caused by a vaccine. Then an interesting thing started happening . . . 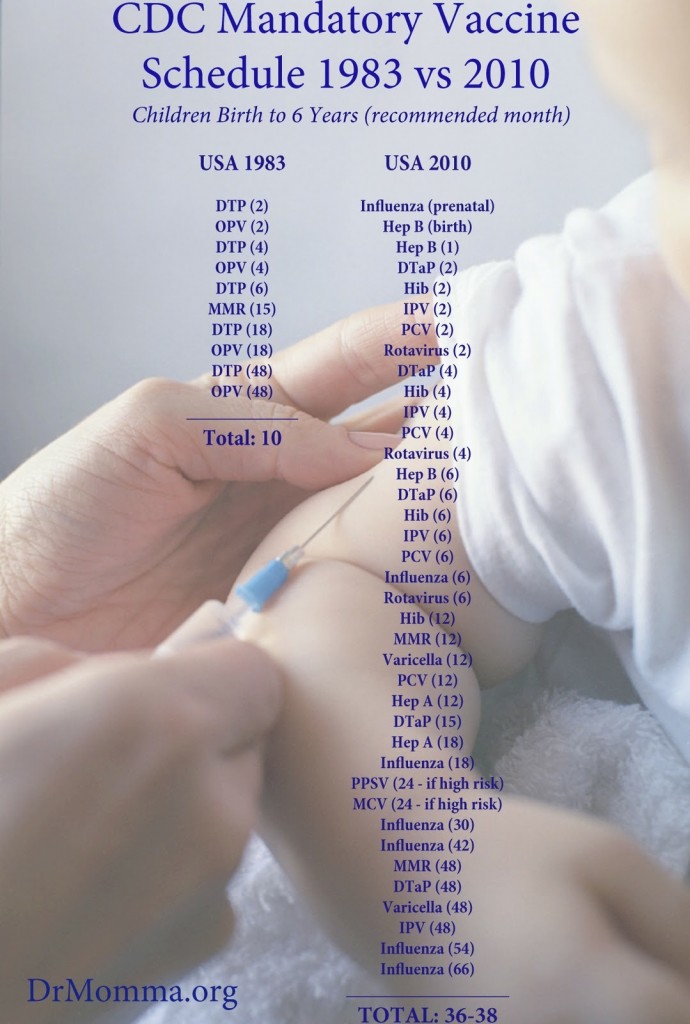 As part of this Vaccine Injury Act, vaccine administers had to provide Vaccine Information Sheets (VISs) prior to vaccinating a patient. Parents know these sheets. Betcha didn’t know it was a legal requirement, huh? 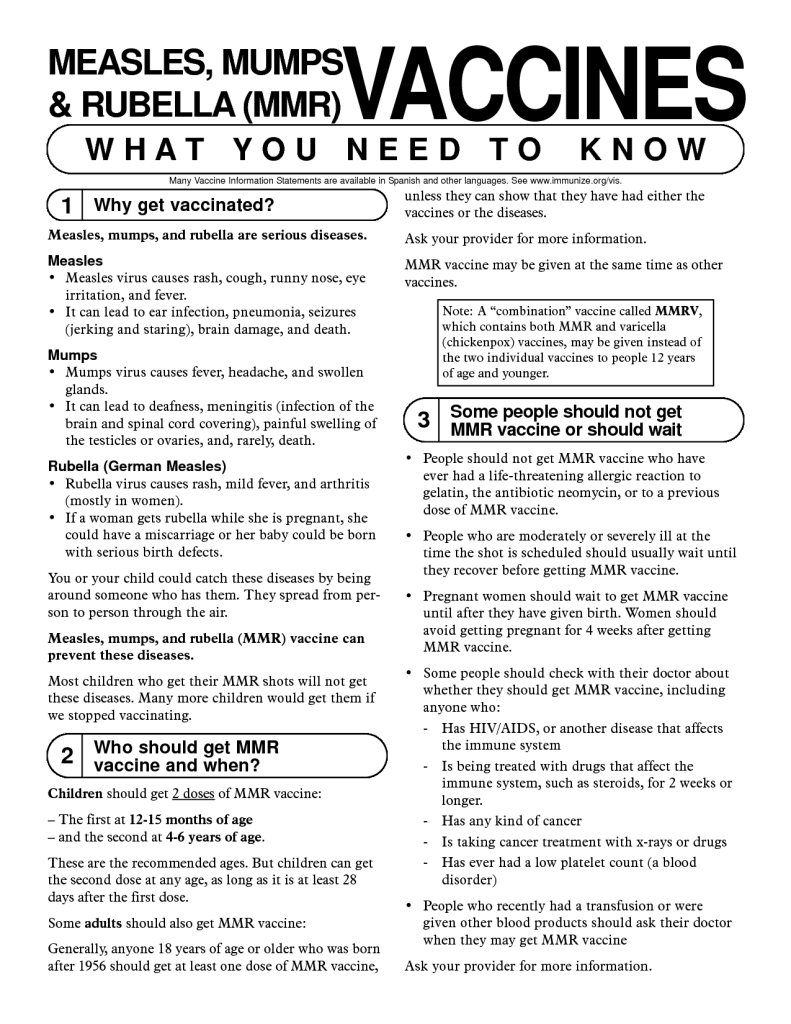 These sheets are considered a parent’s or patient’s informed consent. Except there are a couple of things I take issue with. First, vaccines, on this sheet, are referred to as safe – not, as above,  where they are classified as unavoidably unsafe. So unsafe that an entire industry threatened to walk away from producing them if they were not given complete immunity from the fallout. Think about that piece of information the next time someone tells you that vaccines are proven safe. It is not true. I realize that into each life a little risk must fall, but stop telling people that vaccines are completely safe. My second problem with this VIS sheet is that it claims that the chances of having a severe problem from this MMR shot are “extremely small.” I really think that it should tell people that anaphylaxis and encephalopathy are “on-table injuries” in the Vaccine Injury Compensation Program. An “on-table injury” is a vaccine injury that is so common that it is presumed to be caused by the vaccine and is included in a table of more frequently compensated vaccine injuries. By the way, encephalopathy is brain damage.

So – um – I’m sorry, but I did not see those specific words on that on the little yellow flyer they handed to me prior to giving either of my children one of their dozens of vaccines. Nope, UNAVOIDABLY UNSAFE never made it onto that sheet. This drug — which I am told I am required to give my child – is considered unavoidably unsafe.

Good thing there is a way to compensate folks for these avoidable injuries and death.  It is called the Vaccine Injury Compensation Program. From 2001 until 2011 the program has compensated about 2500 families a total of $2 billion. Now, $2 billion might sound like a lot of money, but it really is nothing. It’s about $800,000 per claimant. We all know that $800,000 doesn’t go very far in the care and feeding of a medically fragile individual. Right now the going rate of raising and seeing a child with autism through adulthood is about $3 million. Oh, and that $2 billion? It wasn’t paid by the vaccine manufacturers; it’s paid by the taxpayer. The fund is financed by a tax on vaccines. So the purchaser of the vaccine finances this fund. Nice, huh? Even the oil companies pay into their own fund. But don’t worry, fund administrators, most new parents don’t know what encephalopathy looks like until waaaay after the VICP’s statute of limitations have kicked in. By the way, encephalopathy presents as inattentiveness, poor judgment, poor coordination of movements, lethargy, seizures, tremors, twitching, changes in sleeping patterns, headache and stiff neck. Yep, other than crying, not too many of those symptoms would be noticed in a nine-month-old . . .

So go ahead and boycott BP gas stations because they repeatedly have accidents that spill oil and kill employees — but at least BP can be sued in court. They pay their fines and restitution. Hey, you actually have the right to boycott their stations. And the people in your town don’t point at you and call you dangerous or crazy.  We run around hand waving about oil companies, when there is a bigger product-safety issue facing every single one of us. One in which we do not have informed consent about a product that is inherently unsafe, from a manufacturer that we cannot sue, in an industry that has proven itself to be increasingly less and less trustworthy and is under increasing pressure to create more and more revenue opportunities. And if we boycott this product we are labeled crazy, dangerous or worse. Much worse.

What the hell can we do?

Share this blog with new mommas, moms-to-be, grandmoms-to-be, moms of tweens. They need to know the truth. Then they can make their own decisions.