My Immunocompromised Daughter Is “The Kid Who Can’t Be Vaccinated”

My sweet E was born healthy 16 years ago following an uncomplicated pregnancy. She had great Apgars and was amazing at breastfeeding right from the start.

At E’s two-week check-up, I questioned the pediatrician on the necessity of the hepatitis B vaccine, which I had declined in the hospital due to “extreme” intuition. I didn’t understand why she needed the vaccine: I did not have hepatitis B, and she was not in a high-risk group as she was not sexually active or sharing needles with drug users. I was quickly shut down and told that if I did not give her vaccines she would get the diseases and die. Though I had researched just about everything in regards to pregnancy and parenting, I had not researched vaccines and took the doctor’s word as truth.

For the first 15 months, E met all of her milestones right on time. She was walking, talking in three-word phrases and even identifying some letters and numbers. I was absolutely smitten by my little genius. But at her 15-month well-baby check-up everything changed. On that fateful day, E received multiple vaccines in combination shots, including the fourth DTaP and second MMR. Within hours, she began running a high fever, which reached 105.7 over the course of her reaction, experienced high-pitched screaming as a result of brain swelling, had seizures, decreased consciousness and painful swollen knots at her injection sites. At first, the on-call pediatricians dismissed all of her symptoms as a virus, though her primary pediatrician diagnosed her with a severe reaction to the pertussis vaccine. We were told that she would fully recover once the initial reaction was over.

They were very, very wrong. 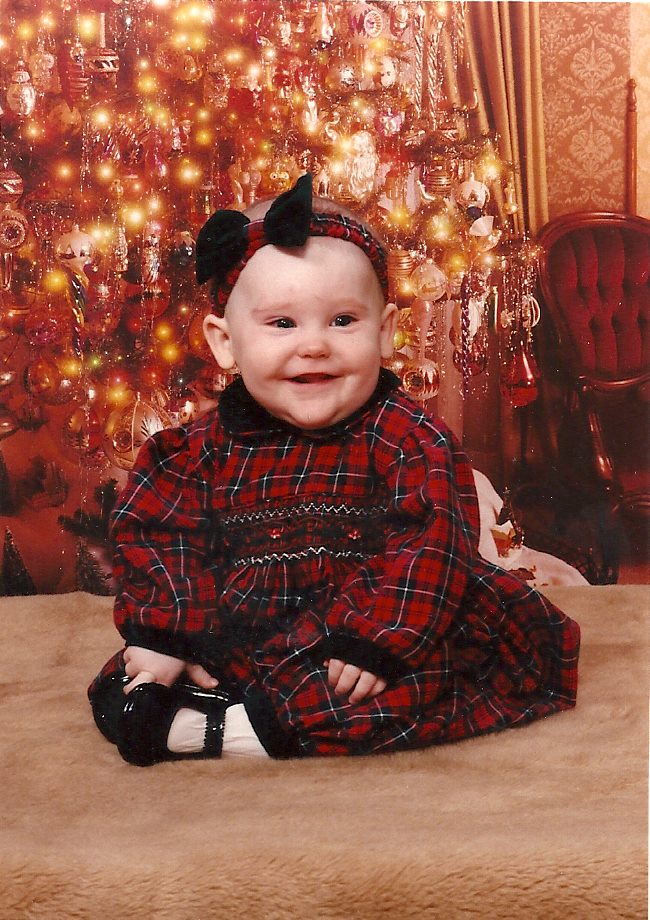 When I walked into her 15-month check-up, the doctor wrote that she was markedly advanced. When we walked out, she began the decline into a very sick and disabled child. E was permanently injured by her 15-month immunizations. We were later told that her prognosis was grim at best. She has damage to her brain, as seen on CT and MRI scans, epilepsy resulting in intractable seizures, global learning delays, chronic lung disease, PDD-NOS – an autism spectrum disorder, and severe autonomic system dysfunction.

For 15 years, I have wanted to know why. I have begged God to help me know why. Think Sally Field in Steel Magnolias ugly-cry begging “I wanna know why” every day for 15 years. Last week, we finally got our answer.

We have known for a long time that E’s immune system was tanked, but doctors didn’t know why. Two years ago, on our quest to treat her gastrointestinal symptoms, her immune system dysfunction was unveiled, and she began immunoglobulin therapy. It has helped – a lot – but we still didn’t know “why.” Recent genetic tests revealed that E has a genetic mutation affecting her tumor necrosis factor receptor causing a disease called common variable immunodeficiency.

If you think of the immune system as the military, you have different kinds of soldiers (like army, marines, navy, and air force) that protect you from illness. These are your immunoglobulins. You can remember them using the acronym GAME (IgG, IgA, IgM, and IgE). When it comes to immunoglobulins, E’s body doesn’t make enough to protect her. The immune system also has a cellular response with several different components. When it comes to my girl, it’s her B-cells that are affected. She has enough, but they don’t work properly; they don’t produce antibodies when exposed to pathogens. Using the military example again, E’s doctor said it was similar to having 100 soldiers go to battle – she has plenty of them – but they all have diarrhea and are too sick to fight. So the battle is lost.

E’s body has been trying to help her. It’s compensated for this situation by producing high amounts of tumor necrosis factor alpha (TNFα) in attempts to keep her healthy, but this flawed response is actually making her worse and causing further damage to her brain, hence the autonomic nervous system failure. We have realized this is why we see such behavioral set-backs when she is sick. Her TNFα shoots through the roof, and the cytokines further aggravate the brain inflammation.

After following our story for many years, I expected that many of our friends and family and people who know she was compensated by the National Vaccine Injury Compensation Program (meaning we “won” in “Vaccine Court”), would have some questions. These were my preemptive answers:

1) Was E born with this mutation? Most likely – medical literature shows that this is inherited. Genetic testing will be done soon to determine if I also have the mutation. Our other children will have to be tested if I carry it. We do know that it is heterozygous and dominant, but again further testing is needed as there is always the possibility of de novo mutations. Epigentics anyone?

2) Does this mean she was born with autism? No, not at all. She was not born with it! While E would have most likely developed immune system dysfunction, there are reported cases of siblings with the mutation being asymptomatic.

3) What does this have to do with her vaccine injury? A lot actually. You know those people that “cannot receive vaccines”? E is one of them. She should never, ever have been vaccinated in the first place. She cannot produce antibodies to vaccines. This is why she became so violently sick and had an encephalopathy. Her body simply could not handle the job it was being presented with.

4) What is her prognosis? It’s too early to tell. The good news is that we know. The bad news is that she is presenting so severely at a young age (and has been for quite some time), and she has the inflammatory response from the TNFa. She already has chronic lung disease, and this puts her at greater risk as well.

5) How on Earth did the doctors miss this? In many ways, she is much sicker than she should be from this disease. It threw them off. The vaccine injury has complicated the bigger picture because of the damage to her brain. While we are blessed that her doctors acknowledge her vaccine injury (because so many don’t), I truly believe in order to protect their own mental health, they simply cannot accept that this kind of damage can be done.

We saw her neurologist this week. He is an amazing man who has fought tirelessly for my child. He told me to look up an article. This one: “Chronic Progressive Poliomyelitis Secondary to Vaccination of an Immunodeficient Child.” He told me that they have known for years that vaccines can cause lasting neurological damage in immunodeficient children. The abstract reads,

Our observations suggest that, under unusual circumstances, such as immunodeficiency, attenuated poliovirus can produce a chronic progressive neurologic disease. This case also emphasizes the need to diagnose immunodeficiency as early as possible, so that live-virus vaccines will not be administered.

That article was published in 1977. For almost 40 years they have known.

6) Does this change my position on vaccines? Absolutely not. Not in any way, shape, or form. It actually strengthens it.

Let me repeat from the almost-40-year-old abstract, “This case also emphasizes the need to diagnose immunodeficiency as early as possible, so that live-virus vaccines will not be administered.”

No parent will know if their baby was born with the same disease-causing mutation that resulted in E’s immune deficiency when pediatricians begin to push for the first round of vaccines [after the birth dose of hepatitis B] at two months of age. That round includes the live-virus rotavirus vaccine. Without specific newborn screening, a one-size-fits-all approach and mandated vaccines are certain to continue to injure children like my daughter. How could I ever endorse forcing anyone to vaccinate knowing that this is a real and possible risk? Whenever there is a risk, there must be a choice! And it is ethically imperative that we maintain that choice with vaccine exemptions. It is a human rights violation for our government to force vaccines on someone who is convicted by intuition, God, or just reason.

And when it comes to the concept of “herd immunity” to “protect” children like my daughter – and possibly my other children – I do not consider it someone else’s responsibility to keep my child healthy. That is my job. I am an adamant supporter of vaccine choice, and I believe that parents should have the choice to do what is best for their own children. But you must know that if your child is injured, you are alone. The doctors who push vaccines will not be there to help you. The government and lawmakers who mandate them will not be there to help you. You will be emotionally and financially alone. 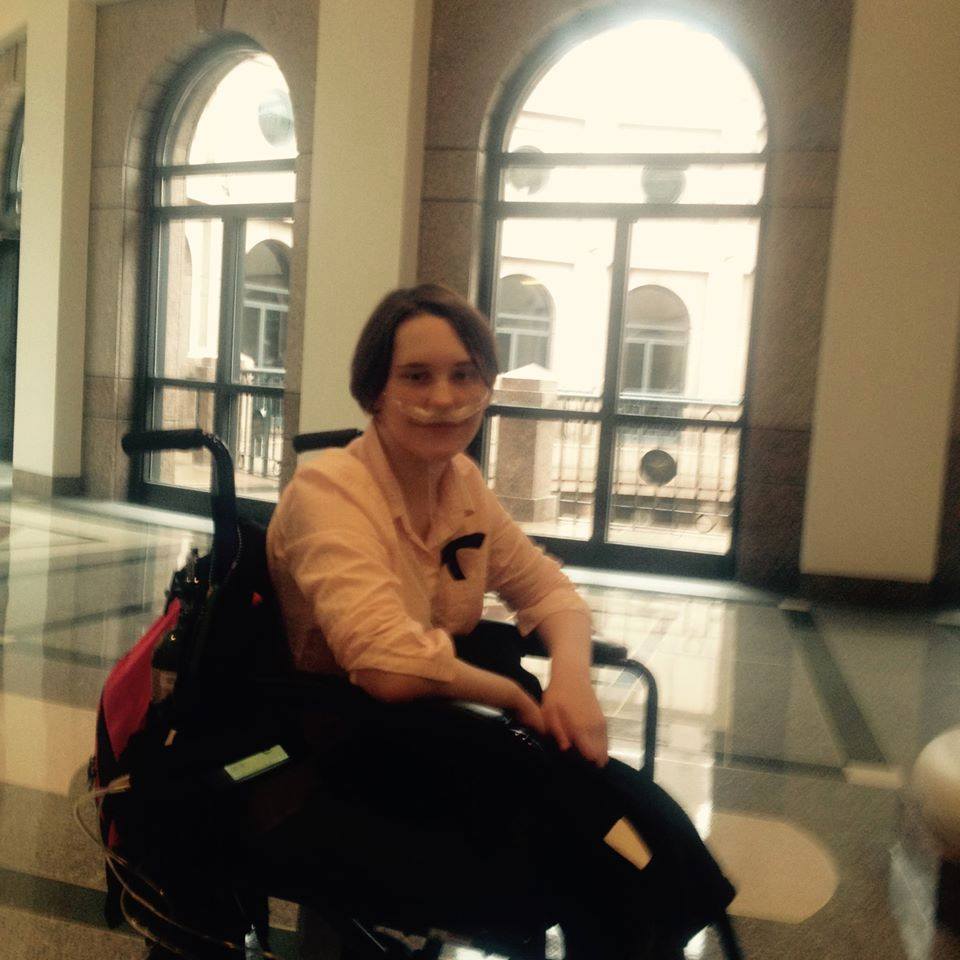 Fortunately for E, I am stubborn. I was unwilling to accept a dreadful fate. We enrolled her in special education schools were she received multiple hours of therapy for speech. She also received occupational therapy, physical therapy, and some alternative health therapies. She’s come a long way since her original ASD diagnosis. She is incredibly clever, entertainingly quirky, extensively compassionate, and endearingly unique. I affectionately described her as Forrest Gump and Juno’s love child. Sadly, E is still very sick. Most days are bad days; she never feels good, so it is only a matter of how bad she feels. But we push through and make the best of it.

A while back, E wrote, “I am my mom’s miracle.” She is right. And this is why I share her story: because she deserves better than to be sacrificed for any “greater good.”

Molly is not the author’s real name. Molly was forced to take up a pseudonym, cancel her blog, and change her phone numbers after the award from the National Vaccine Injury Compensation Program due to threats and solicitations. As if being the parent of a vaccine-injured and immunocompromised child is not difficult enough.